Afghanistan — dealing with the deal

Afghanistan — dealing with the deal

The pause in the Afghan peace proces­s has had mixed result­s
By Inam Ul Haque
Published: February 13, 2020
Tweet Email 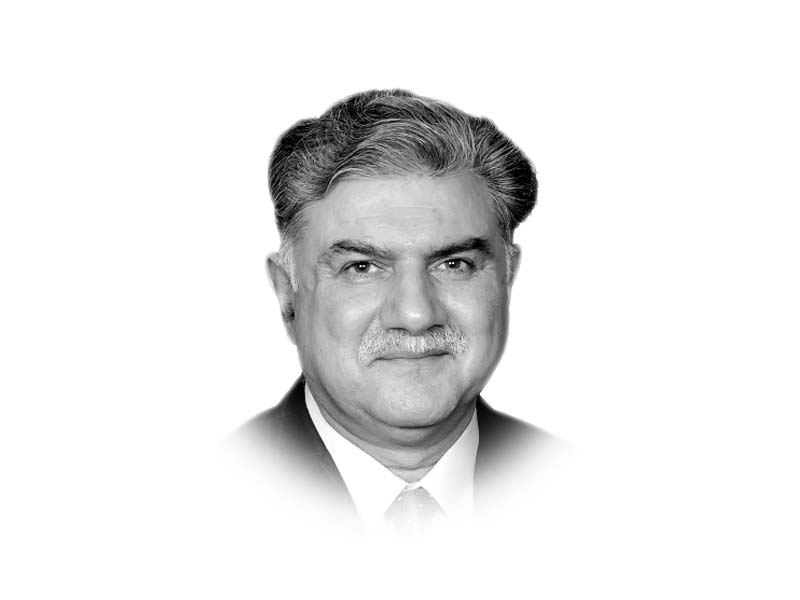 The writer is a retired Major General interested in International Relations and Political Sociology. He can be reached at tayyarinam@hotmail.com and tweets @20_Inam

Yielding to immense US pressure and thanks to the efforts by Pakistan, the Taliban have hinted at a ceasefire with the US once the peace agreement is signed. The duration of any ceasefire, as suggested by a Taliban official on January 15, was to be between seven and 10 days. The US has still not responded to it. The ceasefire would subsequently lead to “reduction in violence” — a concept formulated and a term ostensibly coined by the Pakistani interlocutors — with the Afghan forces. This can result in the much anticipated intra-Afghan dialogue under German auspices. The dialogue involving Afghan government officials was earlier planned in Oslo immediately after the deal was signed. In a sequel to the mid-January parleys between the Taliban and US negotiators in Doha, Sohail Shaheen, the Taliban spokesperson, while speaking to the Pakistani newspaper, Dawn, on January 18, described talks as “useful” hinting at their continuation. He had earlier stated that the Taliban were “optimistic” about a deal with Washington by the end of January 2020. However, that has not happened. Shuttle diplomacy by Khalilzad so far has not yielded any result. The potential agreement would see US troops’ withdrawal in return for security guarantees by the Taliban, besides agreements on other issues.

A ceasefire has remained a contentious pre-condition by the US for re-starting the talks, scuttled earlier by President Trump in September 2019. These were later resumed in Doha and paused again in December 2019, after a Taliban attack near the Bagram military base. The Taliban had been consistently refusing to accept US demands to announce a ceasefire “during the peace talks” and stuck to their position to do so “after” the agreement was signed. The Taliban reportedly would not call it a ceasefire but just an “arrangement” given the negative effect it has on the movement’s unity, as repeatedly argued in these pages.

The pause in the peace process has had mixed results. The Afghan government that previously felt sidelined in a peace process it considered “too rushed” is now pushing for an extensive ceasefire both in scope and time. The Taliban pledge to reduce violence — in effect scaling back attacks on major cities and highways — is seen insufficient from the overarching long-term ceasefire sought by the Afghan government and likely supported by the Trump administration. Interestingly, Afghan Chief Executive Abdullah Abdullah does not support any preconditions for the peace talks, while President Ghani continues calling for a ceasefire with his NSA, Hamdullah Mohib, saying that Afghan leaders take ceasefire as the Taliban’s seriousness for peace. He grudgingly conceded that the Taliban “can deliver on what they sign.”

The Taliban used the interlude to bridge divides among their own rank and file. It was reported that Mullah Baradar, the Taliban chief negotiator in Doha, traveled to Pakistan and met over 300 senior and mid-level commanders to take them onboard. This was important for three reasons. Firstly, the on-ground fighting rank and file overwhelmingly opposed compromise on fundamental issues; that of talking to the sold-out Afghan government and halting operations against the foreign forces and their Afghan supporters. Doing so would nullify their protracted struggle for Afghanistan’s liberation and their innumerable sacrifices. Secondly, the movement draws its strength from mobilisation and retains its operational relevance through combat tempo. Halting operations and for a considerable time is likely to set in inertia, demobilise the cadre and affect divisions. Thirdly, Mullah Baradar needed to convince the Taliban Shura about their Doha team not succumbing to all sorts of inducements during the parleys — as speculated. Diplomatic sources concede that the Taliban cannot agree to more than a modest reduction in attacks before the withdrawal of foreign forces gets underway.

During the break in the parleys after September last year, the Taliban took on Daesh. The terrorist group was able to entrench itself in the eastern Afghan provinces of Kunar, Laghman and Nangarhar due to Salafi influences in these provinces and their broad compatibility with Daesh’s Salafist ideology. The group had broad support from the local population and was bolstered by resources — mainly oil revenues from Iraq. Daesh was attacking Afghan and foreign forces besides the Taliban, using women as battle shields. It forcibly converted captured men and women to its ideology and required women to marry their fighters, either voluntarily or taking advantage of their ignorance. This caused social backlash and the Taliban offensive with overwhelming local support, evicted Daesh — which the US military was unable or unwilling to confront.

In an another development, the International Criminal Court (ICC) chief prosecutor requested permission to investigate torture, rape and other atrocities — including those possibly committed by the Americans. This might shape up into a war crimes case sooner or later. The US military may face charges for war crimes ever since the 2011 invasion, directly implicating American soldiers in an international inquiry under ICC, if permitted by the ICC. If so, it would be the first time Americans will be prosecuted at the ICC. A preliminary examination of evidence in 2006 had “determined that there is a reasonable basis to believe” that crimes were committed by the US military, CIA, Taliban, Haqqani network and Afghan National Security Forces. The CIA is likely to be quizzed about abuses at secret detention facilities in Afghanistan, Lithuania, Poland and Romania. However, such investigations and indictments are far-fetched as the State Department in a statement, quoted by The Associated Press, said “… an ICC investigation with respect to US personnel would be wholly unwarranted and unjustified.”

The above developments — dealing with the deal, eviction of Daesh and the likelihood of war crimes by the US as well as the Taliban point to the continuing agony for Afghans with no end in sight. The US had been using maximum pressure to cow down the Taliban as evident by the huge spike in violence since July 2019, especially the US bombing runs and the piling Afghan civilian casualties. The US Commander in Afghanistan, General Austin Miller, conceded that the US had “dialed up” combat pressure on the Taliban “to shape the political pressure” and keep them on the negotiation table. According to CENTCOM statistics, the USAF dropped 7,423 bombs on Afghanistan in 2019, up from 7,362 in 2018; and Afghan civilian casualties increased 42% during the third quarter of 2019 totaling 8,239.

The dithering of the US in signing the peace deal — to some analysts — demonstrates America’s waning interest in Afghanistan. They see Afghanistan not amongst the top US foreign policy priorities. Comments by a National Security official during interviews with the Special Inspector General for Afghanistan Reconstruction (SIGAR), as reported in The Washington Post as the report, “Afghanistan Papers”, are instructive. He said, “…your job was not to win, it was to not lose”. Such assertions betray the trust reposed by the US-propped Afghan government and all those who threw their lot with the Americans; and is yet another betrayal by the superpower. But then those who betray their people and their country are made an example by the endless march of history.