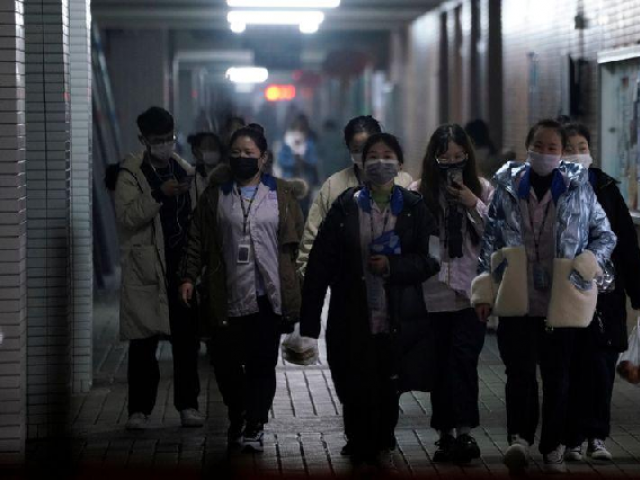 BEIJING: The Chinese province at the epicentre of the coronavirus outbreak reported a record rise in the death toll on Thursday under a new method for diagnosing cases, as health experts warned the epidemic could get worse before it gets better.

Health officials in Hubei province said 242 people had died from the flu-like virus on Wednesday, the fastest rise in the daily count since the pathogen was identified in December, and bringing the total number of deaths in the province to 1,310. The previous record rise in the toll was 103 on Feb 10.

The grim new tally came a day after China had reported its lowest number of new coronavirus cases in two weeks, bolstering a forecast by the country’s senior medical adviser that the epidemic could end by April.

But the 2,015 new confirmed cases reported in mainland China on Wednesday were dwarfed by the 14,840 new cases reported in Hubei alone on Thursday, after provincial officials started using computerised tomography (CT) scans to look for infections.

Hubei had previously only allowed infections to be confirmed by RNA tests, which can take days to process and delay treatment. RNA, or ribonucleic acid, carries genetic information allowing for identification of organisms like viruses.

The new diagnostic procedure also could lead to a spike in the death toll, according to Raina McIntyre, head of biosecurity research at the Kirby Institute at the University of New South Wales in Sydney.

“Presumably, there are deaths which occurred in people who did not have a lab diagnosis but did have a CT. It is important that these also be counted,” she told Reuters.

The new testing methodology is only being used in Hubei province so far, Chinese officials said.