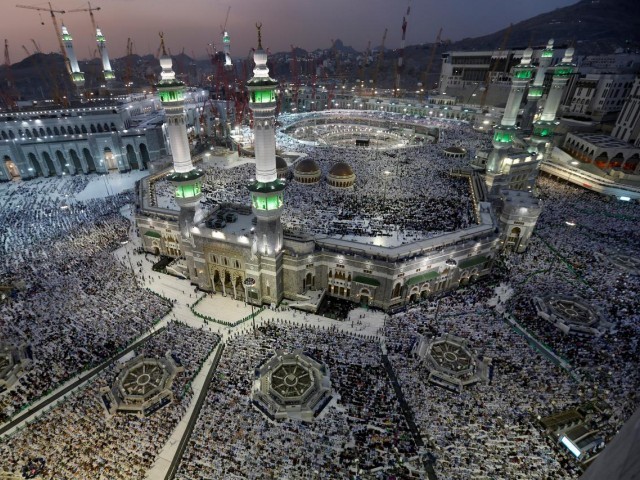 ISLAMABAD: Minister for Religious Affairs and Interfaith Harmony Noorul Haq Qadri on Wednesday informed a Senate panel that the government Hajj scheme package had further been reduced by Rs10,000 for each pilgrim this year.

Briefing the Senate Standing Committee on Religious Affairs and Interfaith Harmony, chaired by Maulana Abdul Ghafoor Haideri, he said the government scheme hajj package would now cost Rs480,000 for pilgrims in the northern region, and Rs470,000 for those in the southern region

The further reduction has been made in four different heads, he said, adding that 60 per cent pilgrims would perform hajj under government and 40 per cent under private schemes. As many 179,210 Pakistanis will perform hajj this year.

Saudi government has imposed 300 Royal visa fees and 110 Riyal insurance fees on each Haji (pilgrim) that has increased the hajj package. The committee directed the ministry to request Saudi authorities to reduce said fees.

Qadri said the Rapid Response Committee and the Joint Core Committee were being constituted for monitoring hajj arrangements in Saudi Arabia during hajj days.

“For the first time 1,000 seats have been reserved for expatriate Pakistanis,” he added.