With the G-B electi­ons around the corner, the prevai­ling situat­ion is not in favour of the PTI
By Shabbir Mir
Published: February 12, 2020
Tweet Email 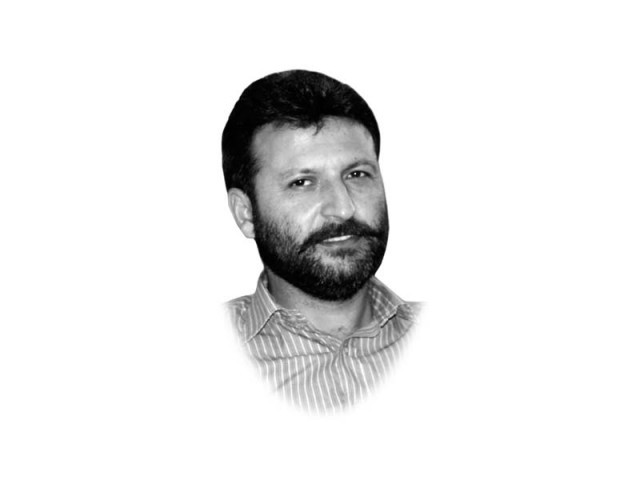 The writer is a senior journalist based in Gilgit-Baltistan

Mistrust and popular disenchantment in successive governments has resulted in a huge gap between promises and delivery. The emergence of the PTI and Imran Khan, however, gave a new hope to the people, and his maiden speech about reforms sparked further enthusiasm.

One of the main reasons behind celebrations over PTI’s victory in areas like Gilgit-Baltistan (G-B) was the “hope” people had pinned on Imran Khan for his oft-expressed commitment to reforming the country’s judicial system.

PM Imran Khan was expected to play an active role towards streamlining the judicial system in G-B. However that hasn’t happened yet — something that has caused deep “unrest” amongst the public as well as the PTI’s local chapter which is eying victory in the upcoming elections in G-B.

In November 2019, the PTI-led federal government had sought time in the Supreme Court of Pakistan when inquired about what the government had done to the SC’s earlier verdict as regards granting rights to the people of G-B. The government had then replied that the matter was under deliberation at the National Security Committee (NSC).

Meanwhile, the Supreme Appellate Court — the apex court of G-B —suffers from the shortage of judges. Of the three slots for judges, two remained vacant for more than seven months till the government finally appointed one judge from the lower judiciary last month. One of the slots is still vacant though. The chief judge, Justice Arshad Hussain Shah, has been handling the cases single-handedly for eight months.

For the appointment of judges against the vacant slots, the Governor G-B had sent a summary to the PM last year on the CM’s request. But no action has been taken yet, even despite the summary being re-sent twice more. Vested interests in the federal government seem to at paly, with everyone willing persons of their own choice to fill the vacant slots.

The shortage of judges means that a lot of applications as well as review petitions against the verdicts of the lower court remain unheard for months.

Interestingly, it’s not the first time that the G-B’s top court has faced a shortage of judges. There had been no replacement of the previous chief judge, Justice Rana Shamim, for months after his retirement due to which his successor, Justice Javed Iqbal, had had to perform additional work.

The last time the court functioned with full capacity was in September 2016 when Justice Shamim along with two other judges — Justice Iqbal and Justice Shehbaz Khan — performed their duties. But since Justice Khan’s demise, his replacement never came.

Another important development pertaining to the G-B apex court came last year when the appointment of the incumbent chief judge, Justice Arshad Hussain Shah, was challenged in the SC by the superior bars of G-B. A petition was filed under Article 184(3) of the Constitution. The petitioners referred to the G-B Bar Council and G-B High Court Bar Association resolutions passed on May 5, 2019 and May 9, 2019, respectively, against the appointment of Justice Shah as chief judge.

The lawyers filed another petition in the SC, praying that the appointments of about four dozen officials be declared illegal and fresh appointments be made from G-B in line with the G-B Assembly’s resolutions. The petitioners also prayed to the SC to issue orders for an internal audit in G-B’s Supreme Appellate Court.

With the G-B elections around the corner, the prevailing situation is not in favour of the PTI. The PML-N and the PPP have a strong presence in the region and can exploit the situation against the PTI. As part of the promised service delivery, the federal government must immediately move to fill the vacant positions of judges on merit. Besides, the federal government should convene NSC to discuss SC’s directives regarding the rights of the people of G-B and ensure they are implemented in letter and spirit.