Zeesha­n claims his bride-to-be family vanish­ed with Rs250,000 that they had taken on the pretex­t of dowry
By Nafasat Husnain
Published: February 11, 2020
Tweet Email 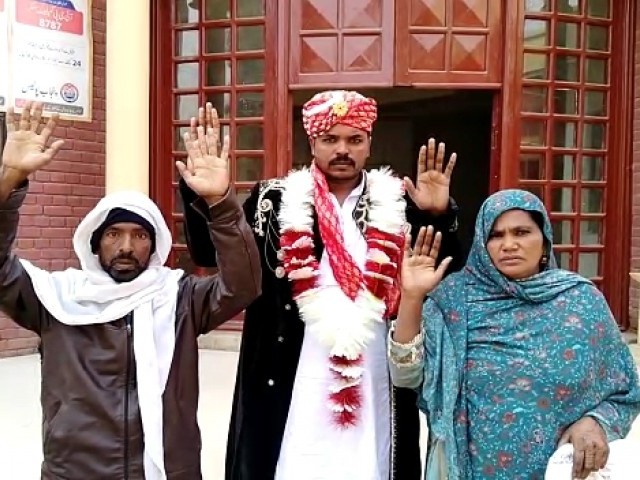 Zeeshan claims his bride-to-be family vanished with Rs250,000 that they had taken on the pretext of dowry. PHOTO: Express

SARGODHA: A groom spent his wedding day filing a police report against his bride-to-be after finding out that her family had deprived him of not just a wedding but also a quarter million rupees.

According to details, 24-year-old Zeeshan Shaukat from Daska, Sialkot, arrived along with his wedding party in Sargodha’s Chattha Town only to find the bride’s house locked and the family nowhere in sight.

Dressed in traditional wedding attire, including a headdress and garland, Zeeshan spent his wedding day filing a complaint at Satellite Town police station against his bride-to-be Kausar and her mother Mumtaz Bibi. 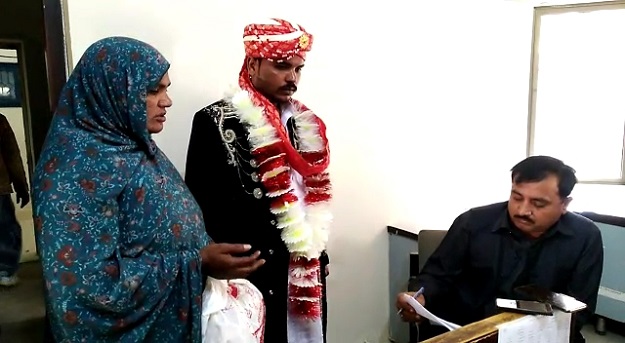 Zeeshan also said that upon arrival, they found the bride’s house locked. “When we asked women in the neighbourhood regarding their whereabouts, they expressed ignorance.”

He added that they found out that Kausar and Mumtaz were tenants at the house which had been locked for over three days. “Even the ladies who were involved in the matchmaking are no longer available and their phones are switched off,” he said. 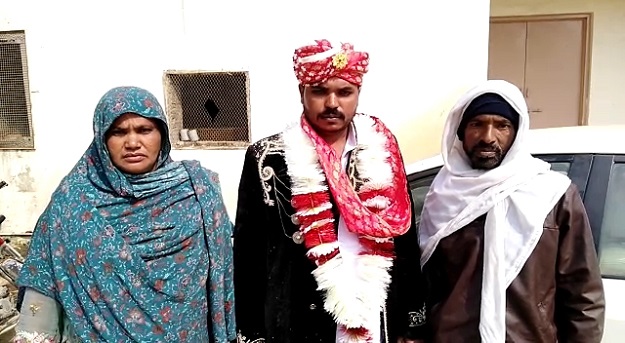 According to the groom-to-be’s father Shaukat, the girl’s family had promised a wedding and instead they scammed. “Get my son his bride or recover the money,” demanded Shaukat while failing to hold back tears.

Pakistani man ‘comes back to life’ in Ajman scam

Zeeshan went on to say that he is a poor farmer and his family had worked really hard to save the money for his wedding. “What will I tell people in my hometown when I return without a bride,” he added.

According to police, a complaint has been filed and authorities are taking action as per the law to bring to justice the women responsible for the scam.

China hails Senate resolution of support on battle with coronavirus