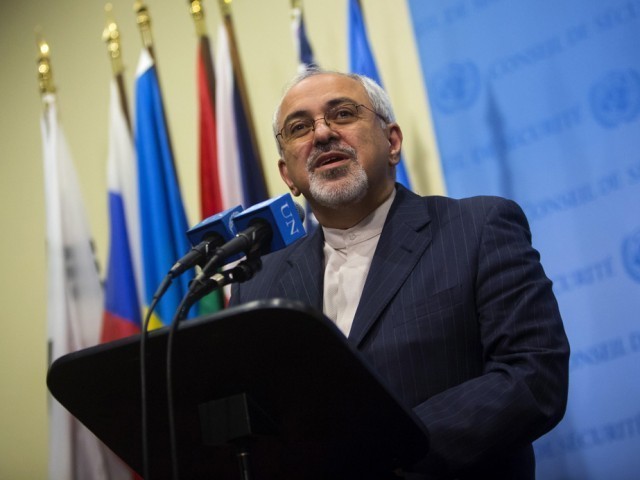 DUBAI: Canada’s complaint about a Ukrainian passenger plane that was shot down by Iran’s Revolutionary Guards in January by mistake has no legal basis, Iranian Foreign Minister Mohammad Javad Zarif said on Tuesday, according to Iranian media reports.

“Iran’s actions are based on international rules,” Zarif said, according to the Khabaronline website.

The US-built Boeing 737 flown by Ukraine International Airlines was shot down in error by Iranian forces on January 8 during a period of tit-for-tat military strikes that included the killing by the United States of a senior Iranian general on January 3.

Tehran, already embroiled in a long-running standoff with the United States over its nuclear programme, gave mixed signals about whether it would hand over the recorders.

Iran, which took several days to acknowledge its role in bringing down the plane and faced street protests at home as a result, fired its missiles at US targets in response to a US drone strike that killed General Qassem Soleimani in Iraq on January 3.

Iran has for years faced US sanctions that limited its ability to purchase modern planes and buy products with US technology. Many passenger planes used in Iran are decades old.

Under Tehran’s 2015 nuclear agreement with world powers, Iran received sanctions relief in return for curbing its nuclear work. But Washington reimposed US sanctions after withdrawing from the pact in 2018, a move that led to the steady escalation of tension in recent months between the United States and Iran.

European governments say they want to save the deal but have also suggested it may be time for a broader pact, in line with Trump’s call for a deal that would go beyond Iran’s nuclear work and include its missile program and activities in the region.

Iran says it will not negotiate with sanctions in place.

Since the plane disaster, Iran’s judiciary chief Ebrahim Raisi has said compensation should be paid to families of the victims, many of whom were Iranians or dual nationals.

Canada, Ukraine, Britain, Afghanistan and Sweden, which all lost citizens, have demanded Iran make the payouts

Coronavirus emergency ‘holds a very grave threat’ for world: WHO