Saleem and Khan have create­d ‘Oscar Udhaar’ app that keeps a record of dues to be paid by custom­ers
By Kashif Hussain
Published: February 10, 2020
Tweet Email 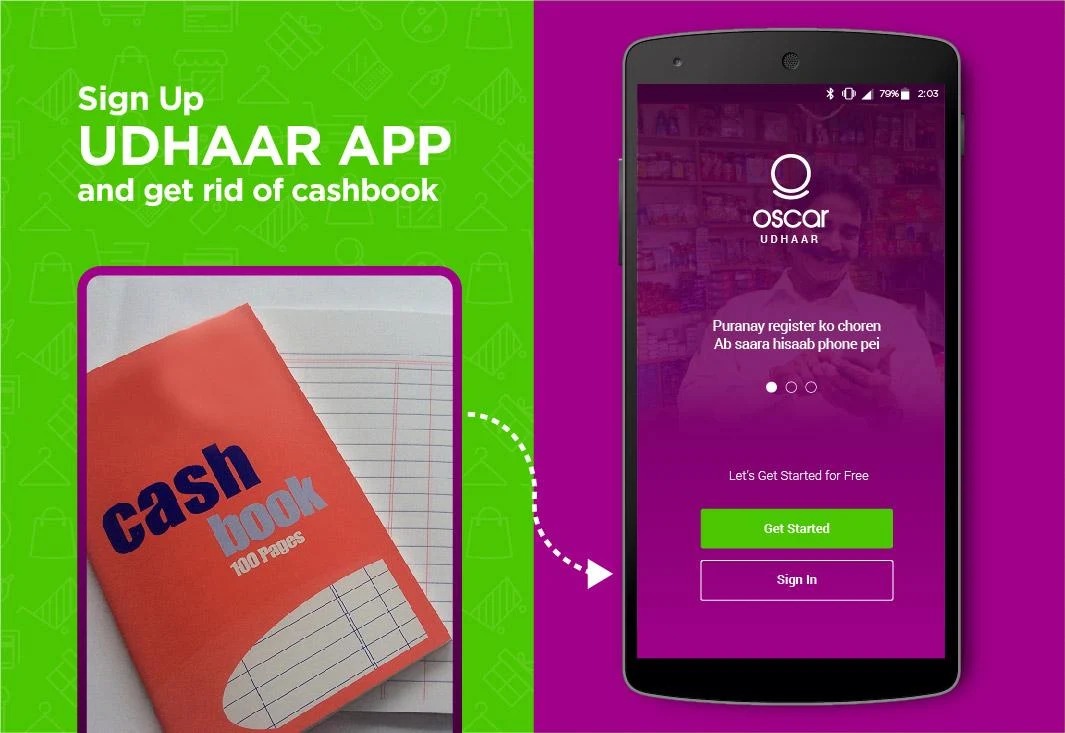 KARACHI: Though international outlets and local giants have changed the retail sector in Pakistan, many a neighbourhood in Karachi still features the small kiryana stores that once used to abound in the city. Notwithstanding their diminishing prominence in the country’s landscape, these small shops continue to be the go-to outlets for many to buy daily use items and grocery.

One of the remnants of the old Karachi even as the metropolis goes through a transition, small kiryana stores dotted across the city have carried with them the long-standing tradition of giving consumers the liberty to put the amount due on a monthly tab at each purchase instead of paying immediately.

Over the years, the practice has earned the owners of these retail shops loyal customers and certainty of continuity in business. However, it is not a win-win situation and may, in fact, be termed a catch-22 for small shopowners. Realising this, two budding developers from Karachi, Owais Saleem and Ashir Khan, have found the solution to the predicament of these shopkeepers in technology and created an application, Oscar Udhaar.

Saleem and Khan have been witnesses to the informal nature of transactions between small kiryana shop owners and their loyal customers, where dealings are made on the basis of trust and unsaid assurances. It took little time for them to realise the various problems faced by these shop owners, particularly in the backdrop of the emergence of retail giants against whom the former do not have the muscle to compete.

As a result, they are left with little option but to depend on their loyal customers, most of whom prefer to add the bill to an account and pay after multiple purchases, despite the hassle that comes with maintaining these accounts over longer periods.

Keeping track of these accounts is cumbersome and tedious, and maintaining them becomes even more difficult when customers pay in installments. To add to it, there is always the risk that a customer may stop visiting the shop if the dues swell beyond his capacity.

Oscar Udhaar is a digital, one-stop solution to all these problems.

The application helps shopkeepers keep a track of amounts due by customers, allowing them to make an entry at every purchase in addition to sending the details of the transaction to the customer as well. In case the dues are paid in installments, the application can be used to update and maintain a record of the amount paid and that which still remains.

However, Oscar Udhaar was not the first application that let the small kiryana store owners tap into the digital world. Preceding it was ‘Khata Book’, an app of Indian origin that is still being used by many in Pakistan. But using this in Pakistan entailed security risks.

This realisation moved Saleem and Khan to create a local version – though it was just the start.

“It took four months of determined efforts to develop Oscar Udhaar before it was launched in September last year,” said Saleem.

Since then, over 6,000 retailers have downloaded the application and it is being used by at least 4,000 of them. Many among them say that their profits have surged since they started using the application.

But this is not the end. Saleem and Khan also see the application as a potential winner among wholesalers, who they say can benefit from it to keep a tab on their transactions and accounts.

They also plan to introduce features pertaining to inventory management and booking orders, in order to enhance the use of Oscar Udhaar. Such features will enable retailers to keep a record of items available in the stock and reach out to potential customers for their promotion.