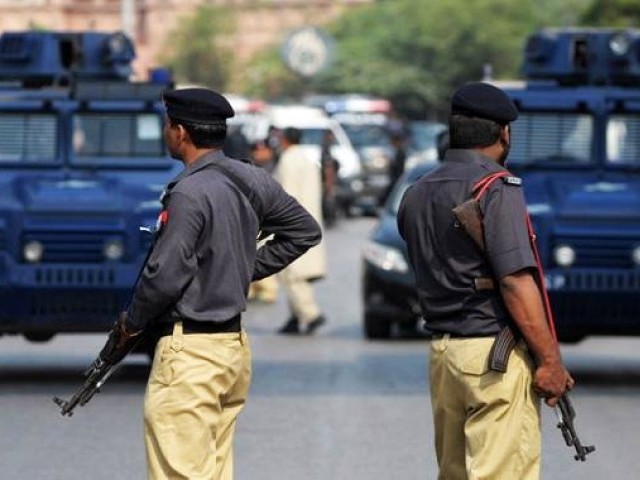 KARACHI: One of two robbers apprehended by citizens in Haroonabad on Friday was revealed to be a police officer after investigation.

The suspected robbers, identified as Dawood and Abu Sufyan, were fleeing after looting a trader, Shafiq, who chased them. Panicked, the robbers fell off their motorcycle. Citizens present at the scene captured them and handed them to SITE B Police.

A pistol was seized from the possession of Dawood, who has a previous criminal record, while Abu Sufyan turned out to be a policeman deputed at Baldia Town police station. A case has been registered against the suspects on Shafiq’s behalf.

Separately, a crowd beat up two robbers in Joharabad on Sunday. Reportedly, area residents encircled the two armed robbers, who were mugging citizens, and managed to catch one of them while the other fled. However, people chased him and apprehended him near Aisha Manzil. The angry crowd assaulted the suspect before handing him over to the police.

Meanwhile, an elderly man was shot and injured as he resisted a robbery bid in Liaquatabad on Sunday. The injured man, identified as 80-year-old Muhammad Siddiq Khan, was rushed to Abbasi Shaheed Hospital. He had reportedly sustained a bullet wound in his leg.