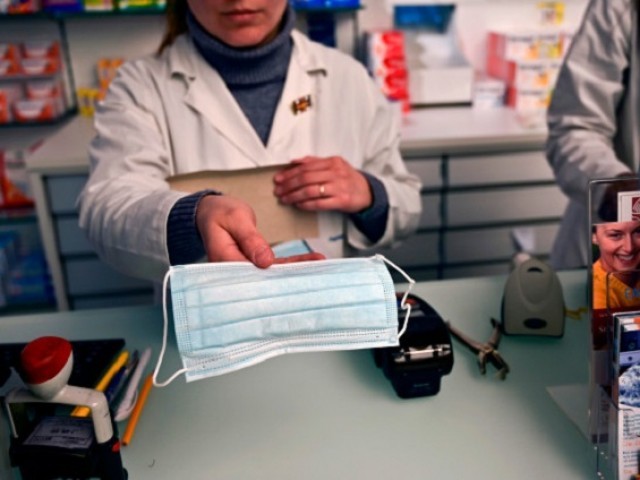 Primers and probes are first coronavirus detection materials to reach from Japan to help Pakistan fight against virus. PHOTO: AFP/FILE

ISLAMABAD: The Japanese National Institute of Infectious Diseases (NIID) has donated coronavirus detection materials to Pakistan as part of the joint efforts to stem the outbreak of the disease which started from China’s central region.

The primers and probes were the first coronavirus detection materials to reach Islamabad from Japan to help Pakistan in its fight against the virus. The consignment was received by officials of the National Institute of Health (NIH).

Japan’s Ambassador to Pakistan Matsuda Kuninori said in a message that the materials donated by Japan would enhance the lab capacity to diagnose the coronavirus cases swiftly. He appreciated the dedicated efforts which eventually helped deliver the materials in a short span of time.

So far, no confirmed case of the novel coronavirus has been detected anywhere in Pakistan. Earlier there were reports of three suspected cases, but later it proved a false alarm. Another suspected case emerged on Tuesday.

The disease is believed to have originated in Wuhan in central China, and proliferated despite the unprecedented steps taken by the Chinese government to stem its spread. This set off global frenzy, triggering the World Health Organisation (WHO) to declare an international emergency last week.

One of the returning passengers, Shahzaib Rahujo, was shifted to an isolation ward with possible symptoms of the novel coronavirus, after he was reportedly stopped at the Multan Toll Plaza on Tuesday morning, while on way to Islamabad for treatment.

Rahujo had arrived in Pakistan on Saturday via Qatar. He is a student of petroleum engineering at a university in China, located around 1,000 kilometres from Wuhan. He was put in an isolation ward after return from China.

Elsewhere, a Chinese national, working on the Lavi Hydro Power Project in Chitral district, was admitted to a hospital after he experienced abdominal pain. The patient was discharged after treatment and had “fully recovered”.

But, according to a media report, a local resident took an “unauthorised picture” of the Chinese citizen and uploaded it on Facebook, spreading rumours that there were suspicions that the patient had caught the coronavirus.

The Chitral police registered a first information report (FIR) against the Pakistani man, who started the coronavirus rumours. The suspect had been booked by the police for dissemination of rumours and other relevant laws.

(With Additional input from APP)