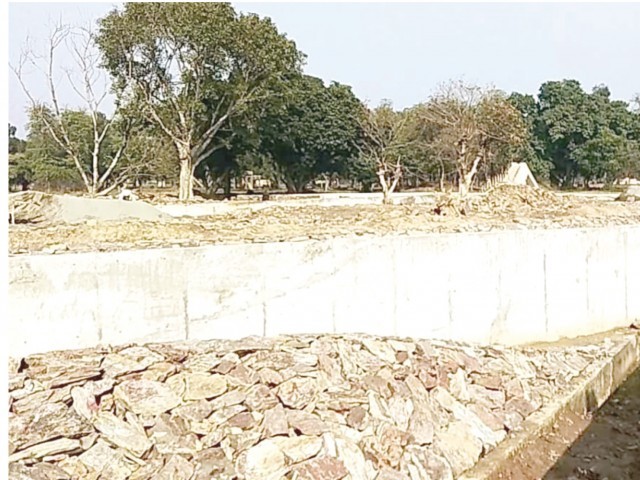 LAHORE: Public recreation and wildlife sites across Punjab are on the provincial government’s priority list. Several projects that only appeared on the to be completed list, until a few years ago, now have the government’s attention. According to sources familiar with the matter, funds allocated for these projects, in most cases, were utilized elsewhere, putting the progress on the back burner.

“The government earmarked Rs. 398 million for the Safari project at Lahore’s Jallo Park, but the project is still incomplete,” the source said. Similarly, he said, Safari Park, located on Raiwind Road, is still waiting for the promised night safari attraction.

Commenting on the issue, newly appointed Provincial Minister for Wildlife and Fisheries Asad Khokar blamed the lack of funds and lethargy in the departments for the delays. “I’m sure we will be able to complete the projects on time now,” the minister said, striking a hopeful tone.

The minister indicated that projects were on the provincial government’s priority list. Jallo Park Safari, he said, was due to be completed in 2019. The project, he too, claimed had missed the deadline. The government, however, managed to upgrade the DG Khan Safari project.

According to details, expansion projects related to public recreation sites are on the Punjab government’s priority list. Lahore’s prominent Jallo Park’s line enclosure project is on the cards for inauguration in the next two months.

In addition to expediting the projects, the provincial government has also decided to conduct a complete audit of incomplete projects. The newly-appointed minister expressed his concerns regarding pending projects in the province.

“It is unfortunate that such public projects have been pending for so long. The provincial department’s inability to acquire funds and utilize them appropriately exposes the incompetence of the previous administration and their misplaced priorities,” he said. “As minister for the wildlife department, it will be my priority to complete all pending projects in the province,” he said.

According to sources within the Punjab government, the chief minister has promised timely release of funds and is keeping a close eye on the progress of these projects.

Once completed, the Jallo Park Safari will have a variety of exotic animals on display. The new facility will also feature a wildlife museum and a dedicated tram service for visitors. Details provided by the government show 80% of the work on the line enclosure is complete, and the facility is all set for inauguration in April.

However, contractors seem to still pin the delays on the fact that funds trickle into their pockets later than expected. “If the government releases the funds on time, the park will be completed by June next year,” said one contractor, who spoke on condition of anonymity.

Visitors, on the other hand, had a mixed reaction. Some were pleased with the development, while others were irked by the lack of facilities and attractions. “Jallo Park needs more attention. This place needs more animals,” said one visitor.

“The government should add lions, chimpanzees, camels, and other birds to this park,” he urged. Asma Aftab, who was visiting the park with her family, said: “I’m happy to see the variety of animals here.”