Pakistan in ‘stabilisation in transition’ phase

Pakistan in ‘stabilisation in transition’ phase 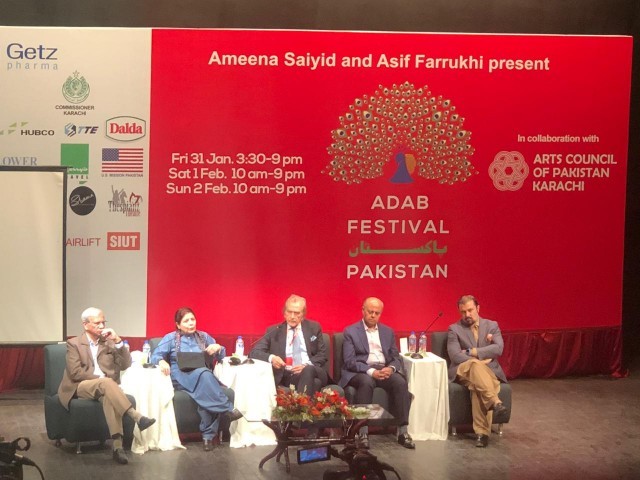 KARACHI: Pakistan’s performance in key areas today depicts a mixed picture and may be considered as stabilisation in transition.

These remarks were made by former finance minister Shamshad Akhtar at a session on ‘The State of Economy in Pakistan: Putting out the Fires’ at the Adab Fest on Sunday.

After coming under heavy fire for its tough economic decisions following the International Monetary Fund (IMF) programme, the Pakistan Tehreek-e-Insaf (PTI) government marked 2020 as the year of economic development.

However, panellists at the Adab Fest were largely of the view that despite improvements in some indicators the country has a long road ahead to ensure sustainable growth.

In a comprehensive recap of the current economic picture, former State Bank of Pakistan governor Salim Raza said, “We have succeeded in taking on a very tough [IMF] programme, significantly front-ended and so far so good.”

But the cost of all this has been foregone growth, he remarked, adding, “I think we are much likely to end up nearer the IMF’s expectation of 2.4% of GDP rather than the finance ministry’s projection of 3.5%.

Talking about the latest programme, Dr Shamshad said that the IMF programme in Pakistan has always been a typical one targeting very harshly the monetary module and lightly the fiscal module.

“This time they have done a bit better on it.”

She said that despite the relative stabilisation, the economy was still “vulnerable in its characteristics”.

“One little mistake you make and it can derail that stabilisation.”

However, the former caretaker minister added that the stabilisation was without a balanced and sustainable growth strategy.

She said, “Pakistan’s current economic trajectory is that of economic survival but as yet we don’t have the fundamentals in place for having confidence in having decent growth.”

She said that even though there had been some “decent progress” there was a slowdown in non-debt creating flows.

“Our exports have not done very well, our remittances are modestly low and our FDI is also stagnating.”

It was not a completely gloomy scenario as Dr Shamshad added that improvement in the country’s foreign exchange reserves were a positive sign.

“The good news is that we have built in the reserves. All IMF programmes target building foreign exchange reserves. Our FX reserves are pretty decent but they are vulnerable,” she added.

Pakistan has managed a recovery on multiple occasions, and yet, the trend is that it is back at IMF’s door a few years later.

Addressing this conundrum, Alpha Beta Core CEO Khurram Schehzad said that after every programme we fall in to a complacency trap.

Once a programme is over, the policymakers get trapped into a mind-set of being complacent having achieved our set targets. However, Schehzad argued that post-programme was the crucial time to take actions and ensure that the structural issues are addressed.

“We completed the IMF programme in 2016 and after that our current account deficit shot up to an all-time high of $19 billion.”

Later, we became vulnerable and had to go in to another programme.

Talking about the current scenario, he said that the deficit has contracted but the industry is down.

“We don’t take actions that are needed and we don’t move towards the governance structural reforms,” he added.

Talking about the solution, Economist Kaiser Bengali said that to come out of the crisis in a sustainable way there was a need to curtail all non-essential consumer imports.

He said that the country’s manufacturing sector needed to grow in order to increase imports and reduce reliance on imported goods.

“We don’t have exports because we haven’t made anything. We need to manufacture more to boost our export.”

Building on this argument, Pakistan Business Council CEO Ehsan Malik stressed on promoting the ‘Make in Pakistan’ brand to boost the local industries.

He urged for focus on import-substitution so local industries and in turn exports could grow.

However, when talking about promoting industries the issue of high interest rates was not far. Some panellists were of the view that the high interest rate was no solution to control inflation, which was stemming from supply-side shocks. There was further debate on high interest rates and energy tariffs hurting competitiveness of businesses as the regional average was far lower than Pakistan’s.

Financial inclusion: incentives for banks will do the trick