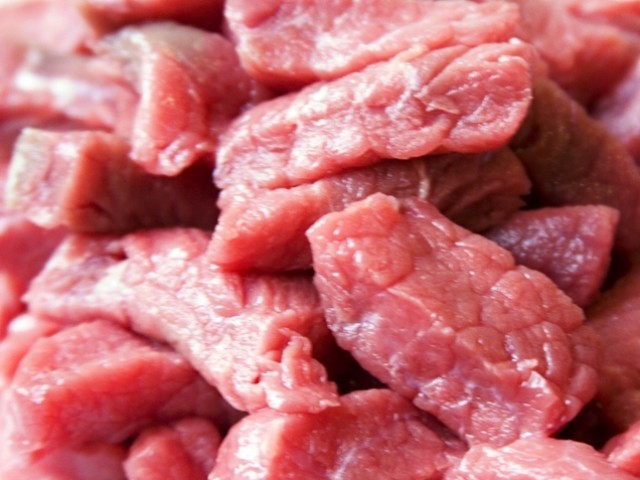 The price of mutton had been fixed at Rs370 per kilogram and beef at Rs200 a kg by by the District Coordination Officer.

Butchers of the city have refused to sell meat at the prices fixed by the district administration and organised a protest camp on Jamia Masjid Road on Thursday demanding that the price cap be lifted.

The price of mutton had been fixed at Rs370 per kilogram and beef at Rs200 a kg by by the District Coordination Officer (DCO) during a meeting between the city traders and DCO, Rawalpindi on July 11. The district administration had since been raiding butcher shops and imposing fines on them for failing to conform to the prices.

Wearing black arms band, the butchers at the protest camp said they had conveyed their disagreement over the price of meat set by the district administration during the meeting .

Iqbal Qureshi, president of the an association of Rawalpindi butchers, announced that meat shops in all major city and cantonment markets will remain closed to protest against the repeated and illogical fines imposed on them by the district administration.

He said that the prices of meat set by the administration are “unfair and illogical” given the price of cattle. He claimed that beef is being sold in neighbouring markets of Islamabad at Rs300 per kg, while mutton is being sold for as high as Rs520 per kg. “The prices of the goats and sheep have gone higher in the last many years and mutton cannot be sold on a lesser price,” Iqbal said.

When contacted, Rawal Town Administrator Saif Anwar Jappa said that the prices set by the district administration are in conformity with those charged my meat sellers all over Punjab. “The butchers in Rawalpindi will not be spared for selling costly meat,” he added.