List of employ­ees who were among benefi­ciarie­s presen­ted to Senate panel
By Saqib Virk
Published: January 29, 2020
Tweet Email 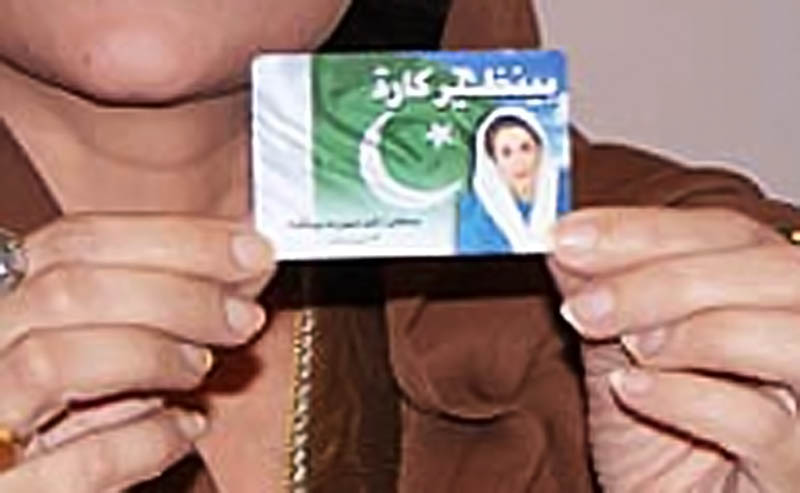 ISLAMABAD: A Senate committee was informed on Tuesday that the government had decided against naming the government officers who were among the beneficiaries of the Benazir Income Support Programme (BISP) to prevent their public humiliation.

The Senate Functional Committee on Problems of Less Developed Areas met with Senator Usman Kakar in the chair. The social protection and poverty alleviation secretary presented the list of these beneficiaries to the panel.

The secretary said the government had decided not to disclose the identities of the officers who were benefitting from the BISP as their names would be highlighted by the media.

He told the panel that 2,528 officers from grade-17 to grade-21 were among the beneficiaries of the programme.

He added that the national identity cards of 90 of them had ended up on the survey by mistake. Around 150 of officers were receiving the BISP grant through post.

“We are investigating the cases of money being received through postal offices,” the secretary added.

“We are looking into whether the officers collected the money themselves or not.”

The Senate committee was further informed that in hundreds of these cases, a thumbprint impression was used instead of signatures to collect the money.

“It is quite obvious that in cases where thumbprints were used, the money was not collected by the officers themselves,” the official said.

The committee was told that the names of the officers had been sent to the chief secretaries of the provinces for further action.

Last year in December, the federal cabinet had given approval to the removal of 820,165 beneficiaries from the BISP database, describing them as “undeserving”.

It was stated that those expelled from the welfare programme included 2,543 people who were serving on various government positions – from grade 17 to 21.

Statistics stated that Khyber Pakhtunkhwa ranked first in the list of “underserving” candidates from where 277,266 people were removed from the programme. The government struck down names of 243,380 people in Punjab, 183,342 in Sindh and 42,280 in Balochistan.

Out of total 820,165 beneficiaries removed from the BISP database, 14,730 were government employees – mostly employees of railways, post office and the BISP – despite the fact that the facility was not meant for government servants.

Launched in July 2008, the BISP is the country’s largest single social safety net programme with around 5.4 million beneficiaries, according to the 2016 data.

According to details, several top government officials continued to receive the monthly stipend in the name of their wives.

Those who benefitted from the quarterly support payments include three grade-21 officers, 429 grade-19 officers and 59 grade-20 officers from across the country.