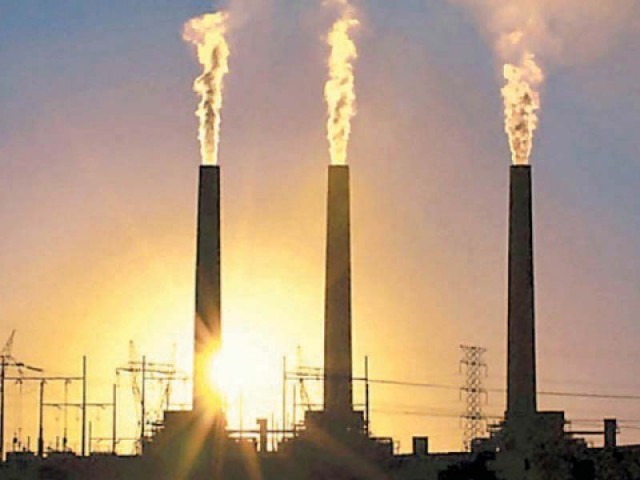 Government wants to sell NPPMCL in the hope of fetching a minimum of Rs300 billion. PHOTO: FILE

ISLAMABAD: The Privatisation Commission board on Tuesday pre-qualified 12 firms to bid for multi-billion dollar power plants and approved to hire financial advisers to sell stakes of Pakistan’s two blue-chip firms aimed at raising around Rs400 billion to meet the budget deficit reduction target.

The board also approved to sell 27 government-owned unproductive properties through an open auction and set the minimum reserve price at Rs6.7 billion for all these assets. Only one property is assessed at the value of over Rs5 billion by the financial advisers while the value of the rest of the 26 properties is Rs1.7 billion.

Prime Minister Imran Khan wants to sell these properties in order to pay off public debt, which is increasing at a rate of nearly Rs14 billion a day.

Headed by the privatisation minister, the PC Board pre-qualified all 12 parties that had submitted statements of qualifications for the acquisition of two LNG-fired power plants.

The National Power Parks Management Company Limited (NPPMCL) owns the two power plants located at Balloki and Haveli Bahadur Shah, which have a combined generation capacity of 2,453 megawatts. The government wants to sell NPPMCL in the hopes of fetching a minimum of Rs300 billion or $1.5 billion in non-tax revenue.

The board has prequalified all the 12 parties and now these companies will start due diligence process, Privatisation Secretary Rizwan Malik told The Express Tribune.

The board approved to hire a consortium of financial advisers to sell up to 7% stakes of the Oil and Gas Development Company (OGDC) and 10% shares of Pakistan Petroleum Limited (PPL), informed the privatisation secretary.

The money raised through privatisation of power plants and capital market transactions will be used to reduce the budget deficit that is expected to remain far above the official target due to massive shortfall in tax collection.

The board approved to hire a consortium of Credit Suisse, Arif Habib Limited and AKD Securities as financial advisers to sell up to 7% stakes of OGDCL. The Arib Habib consortium beat the other consortium comprising of Citibank, HBL and Next Capital.

The Pakistan Tehreek-e-Insaf (PTI) government wants to divest 7% or 301 million shares and is anticipating earning a minimum Rs45 billion or $290 million. The notional price is worked out on the basis of nearly Rs149 per share price. OGDCL’s share prices continued the declining trend and closed at Rs140.07 a share on Tuesday. It is the third time in the past almost eight years that the federal government was trying to offload stakes of the OGDCL at either the Pakistan Stock Exchange (PSX) or in the global capital markets.

The board also approved to hire the consortium comprising of Credit Suisse, Arif Habib Ltd and Topline Securities for selling 10% stakes in PPL. The second runner consortium was comprised of CLSA & Alfalah Bank.

Due to high scores given by two members of the evaluation committee, the Credit Suisse consortium became successful despite quoting Rs152.5 million higher than its competitor. The consortium will charge a minimum Rs590 million to handle the transaction, including 1.5% of the transaction value as success fee. The notional value of 10% stakes has been estimated at Rs33 billion for transaction purposes. The PPL share price also decreased Rs1.5 to Rs146.87 on Tuesday.

The PC Board approved reserved prices of 27 properties at Rs6.7 billion, which will be sold through open auction.

The board approved to sell the property of Public Motors Limited, which is 65% owned by the federal government and the remaining 35% ownership lies with private owners. Currently there are more than 40 tenants on the premises, however, their lease agreements have expired. The court has authorised the Privatisation Commission to sell the property.

The transaction committee had recommended the PC Board to set the reserve price at Rs5.03 billion for the Republic Motors Property.

The PC Board approved option auction of 17 properties of the Earthquake Reconstruction and Rehabilitation Authority (ERRA) at a reserve price of Rs225.5 million. The properties include open plots, penthouses, apartments and shops, owned by ERRA.

The PC Board approved the reserve price of Rs262.5 million for the Trading Corporation of Pakistan’s land situated in Multan.