Pakist­an is also making effort­s to reach out to Turkey to remove any ‘mistru­st’
By Our Correspondent
Published: January 28, 2020
Tweet Email 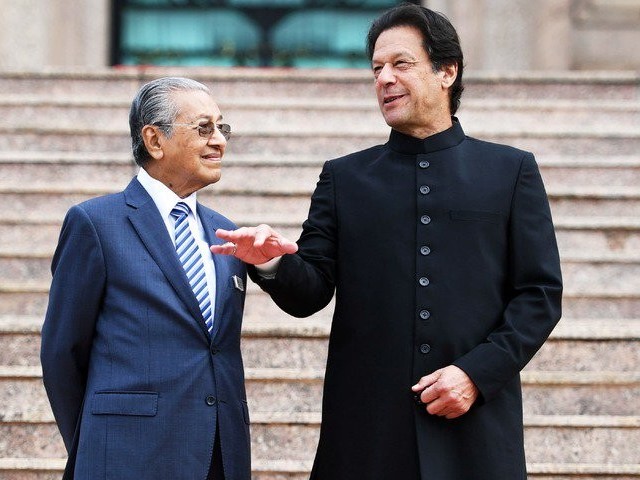 PM Imran is scheduled to travel to Kaula Lumpur on an official visit on February 3-4. PHOTO: FILE

ISLAMABAD: Prime Minister Imran Khan is expected to travel to Malaysia next week as part of the government’s ‘damage control’ efforts after Pakistan pulled out of the Kuala Lumpur summit in December last year.

Official sources confirmed that the premier is scheduled to travel to Kuala Lumpur on an official visit on February 3-4.

The visit was due since Islamabad pulled out of the Kuala Lumpur summit at the last moment after Saudi Arabia and other Arab countries voiced their reservations over the gathering of leaders from host Malaysia, Turkey, Iran and Qatar.

Pakistan pulls out of KL summit to maintain ‘neutrality’

Pakistan, which initially accepted the invitation, had to withdraw from the summit on the grounds to maintain its ‘neutral position’ within the Islamic world.

The prime minister, nevertheless, spoke to his Malaysian counterpart over the phone and offered him to visit after the summit.

It is evident that the PM Imran will use the visit to explain as to why Pakistan pulled out of the summit.

Pakistan is also making efforts to reach out to Turkey. Official circles are confident that the visit of Turkish President Recep Tayab Erdogan in February would help remove any mistrust between the two countries.

Officials explained that Pakistan’s priority is to act as bridge between all the Muslim countries. They maintained that Pakistan tried hard even before the Kuala Lumpur summit to bring all Islamic countries on one platform. However, those efforts could not make any headway because of time constraints.

The officials said Pakistan would continue to strive for unity in the Muslim world to face common challenges. The visit of Prime Minister Imran to Malaysia is part of those efforts, the officials added.

Earlier, the Saudi foreign minister and the crown prince of Abu Dhabi visited Islamabad to discuss the situation following the Kuala Lumpur summit.

Malaysian PM  Mahathir and Turkish President Erdogan were the only leaders from Muslim countries who publicly spoke against India for its atrocities in Occupied Kashmir during the annual UN General Assembly session in September last year.

Germany has conveyed concerns to India over rights situation in IOJ&K, says envoy