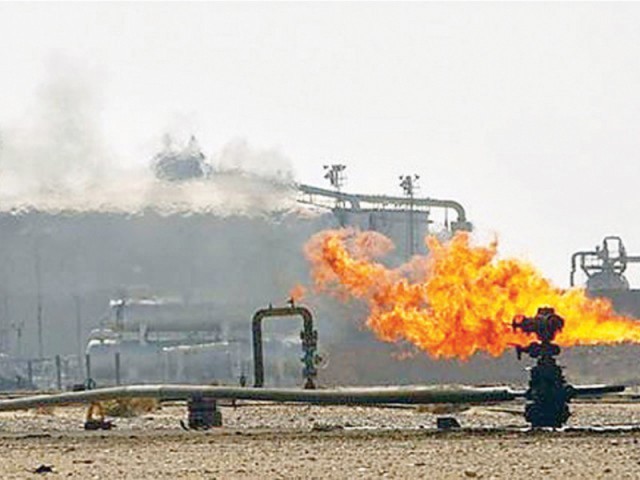 KARACHI: Suspected militants blew up a major gas pipeline near Sindh-Punjab border, disrupting gas supply to many areas, an official said on Tuesday.

The explosion caused major damage to the pipeline near Rahim Yar Khan district that supplies gas to Punjab from Sindh.

The pipeline, which was exploded using a time device, is an act of terrorism, Sohail Gulzar, a senior official at the Sui Northern Gas Company Limited (SNGPL), told reporters.

The explosion — latest in a series of similar incidents in recent past — took place on late Monday night, he added.

The company, he said, was awaiting security agencies’ clearance to begin the repair work.

Gas pipeline blown up in Jaffarabd

The incident coincides with ongoing talks between Pakistan and Russia in Islamabad on a $2 billion North-South Gas Pipeline Project aimed at catering the energy needs of the country.

There was no immediate word of responsibility for the incident, however, security agencies point finger at suspected militants that have been involved in such attacks in the recent years.

Sindh produces 70% of the country’s total gas supplies followed by Balochistan province, whose share is around 20%.