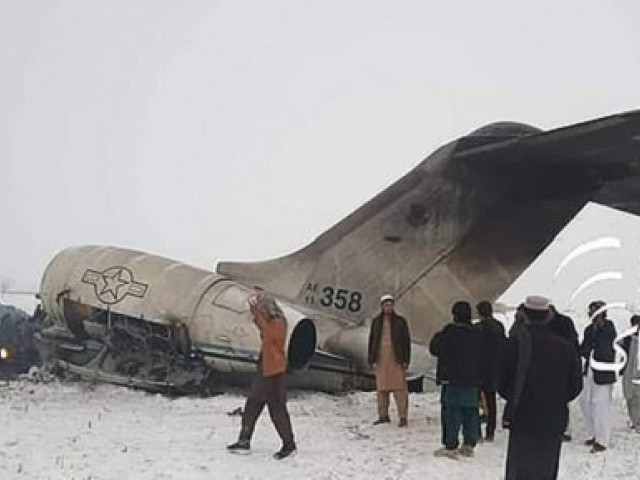 A United States Air Force E-11A BACN (Battlefield Airborne Communications Node) crashed in Afghanistan on January 27, according to The Aviationist.

The mishap occurred in the Taliban-controlled area in Dih Yak, Ghazni.

Early reports identified the jet as a passenger aircraft from Ariana Afghan Airlines, but the company immediately denied this.

In the meantime, however, photos and videos emerged on social media showing the remains of what clearly seems to be E-11A BACN, serial 11-9358.

The tail section and the engines seem to be pretty intact in the video, with recognisable USAF roundels on the engine and the serial code on the vertical stabiliser.

The rest of the fuselage and the cockpit burned up following the crash.

The US Air Force has four E-11A (Bombardier Global 6,000 advanced ultra long-range business jets that have been modified by the US Air Force to accomodate Battlefield Airborne Communications Node payload) assigned to the 430th Expeditionary Electronic Combat Squadron operating out of Kandahar Airfield.

These aircraft can be regularly tracked by means of ADS-B/Mode-S as they operate over Afghanistan.

At the time of writing, there is no confirmation yet from official US sources about the crash itself, the causes or the casualties. Also, Taliban forces did not claim any responsibility.