Sacked minist­er says they should have been heard before remova­l; CM says everyt­hing under contro­l
By ​ Our Correspondent
Published: January 28, 2020
Tweet Email 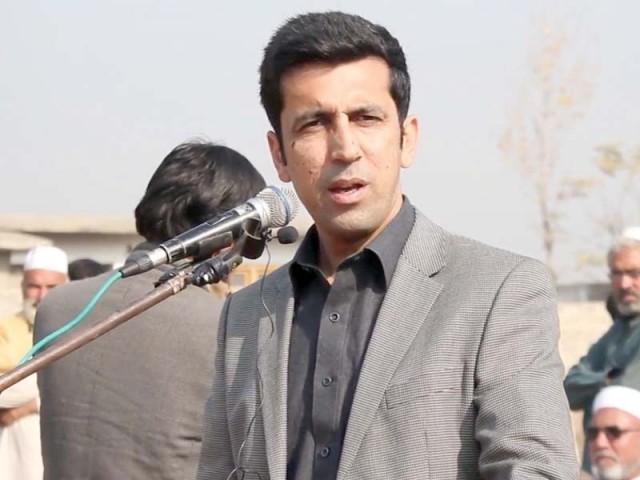 PESHAWAR: A day after the provincial government sacked three senior ministers for allegedly trying to form a forward bloc and ousting the chief minister, one broke his silence on the matter.

Speaking to the media on Monday about his ejection from the Khyber-Pakhtunkhwa cabinet along with former senior minister for tourism Atif Khan and revenue minister Shakeel Ahmad, former provincial health minister Shahram Khan Tarkai said that the sacking came as a shock to them as well.

“We have done a lot of hard work for the party and at least they should have informed us before taking such a decision,” he said, adding that he learnt about his sacking from the television.

Tarakai added that they said they have yet to speak with Prime Minister and Pakistan Tehreek-e-Insaf (PTI) Chairman Imran Khan, who was in Lahore on Sunday working to resolve similar issues which have cropped up in the Punjab cabinet. However, the former health minister said that they have requested a meeting with the premier to discuss the matter.

He noted that while the decision against them cannot be reversed, but lamented that those in charge in the province would have at least allowed each of them to explain themselves before sacking them.

The former minister said that every government faces challenges but it moves forward cautiously to deal with them.

Tarakai added that Atif and other MPAs always participated in meetings which he called and discussed all matters.

Commenting on reports that they had formed a forward bloc in the party that was working to oust the chief minister, Tarakai retorted by saying how could 15-20 MPAs out of a total of 85, could remove a chief minister.

“We did not want to remove the chief minister,” he said, adding they have been working with Mahmood Khan because it had been decided so by party chief Imran.

Commenting on the root cause of the rift, Tarakai suggestively said that former K-P chief minister Pervaiz Khattak was ready to make anybody a minister except him.

Sources told The Express Tribune that the sacked ministers had approached as many as 10 MPAs, including two MPAs from the PTI. They had held multiple meetings in which the state of governance in the province was discussed and the ministers had decided to approach the prime minister for their resolution.

Meanwhile, K-P CM Mahmood Khan hosted a grand confab of cabinet members and PTI MPAs in the provincial assembly on Monday where he garnered their confidence.

Mahmood, the sources said, was aware of the conspiracies against him and therefore removed the three ministers.

Sources say PM Imran had directed Mahmood to exercise his powers after which the three ministers were removed from the provincial cabinet.

Speaking to The Express Tribune, Mahmood said that only those committed to work will stay in the provincial cabinet.

He rejected that any atmosphere of political division exists in the provincial government and expressed that there were no signs of the political temperature boiling over.

“Everything is under control in K-P,” the chief minister asserted.

Separately, K-P Information Minister Shaukat Yousufzai said that the PTI has complete confidence in the incumbent CM and warned that those involved in conspiracies will be held accountable.

While talking to The Express Tribune, the minister said that they will be issuing show-cause notices to the sacked ministers while further action could also be taken against them after their response.

Yousufzai said that the three ministers were removed after prime minister approved the move. He added that those who did not wish to work with CM Mahmood will have to leave.

“We cannot waste Imran Khan’s years-long struggle for somebody pursuing his private ambitions,” he added.

To replace the void left by these ministers, Yousafzai said that two women lawmakers are expected to be drafted into the provincial cabinet.

He said CM Mehmood Khan will keep the ministries of the three sacked ministers for a while.

Meanwhile, Federal Defence Minister Pervez Khattak said that a conspiracy hatched against the K-P government has been foiled and assured that the problems in Punjab and Balochistan will also be addressed soon.

“Those who violated the PTI party discipline will face strict action and will have to answer for taking the party’s internal affairs to the media and carrying out a media trial of the chief minister,” the former K-P chief minister told reporters.

“They should have discussed the issues within the party,” he said, without naming the former provincial ministers.

Khattak said the sacked ministers hatched a conspiracy. He alleged that these “elements” started calling the incumbent chief minister and the party corrupt after their demands were not met.