It could be one of the Bollyw­ood stars' worst outfit choice­s yet!
By Sarah Price
Published: January 27, 2020
Tweet Email 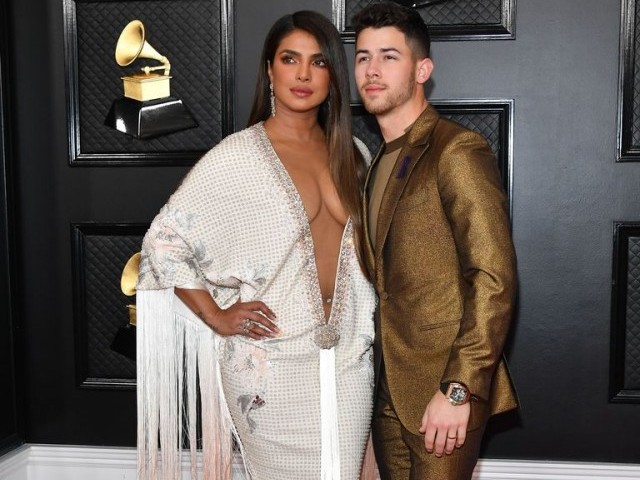 KARACHI: We repeat, what was Priyanka Chopra wearing at this years Grammy Awards? The Bollywood star turned heads for all the wrong reasons in a deep-plunging, ill-fitted gown while on the red carpet with husband Nick Jonas.

It’s musics biggest night so naturally, many stars were celebrating and hitting the red carpet in their best get-ups. Over the years, the Grammy Awards have become well-known for iconic and outrageous looks by music’s best. 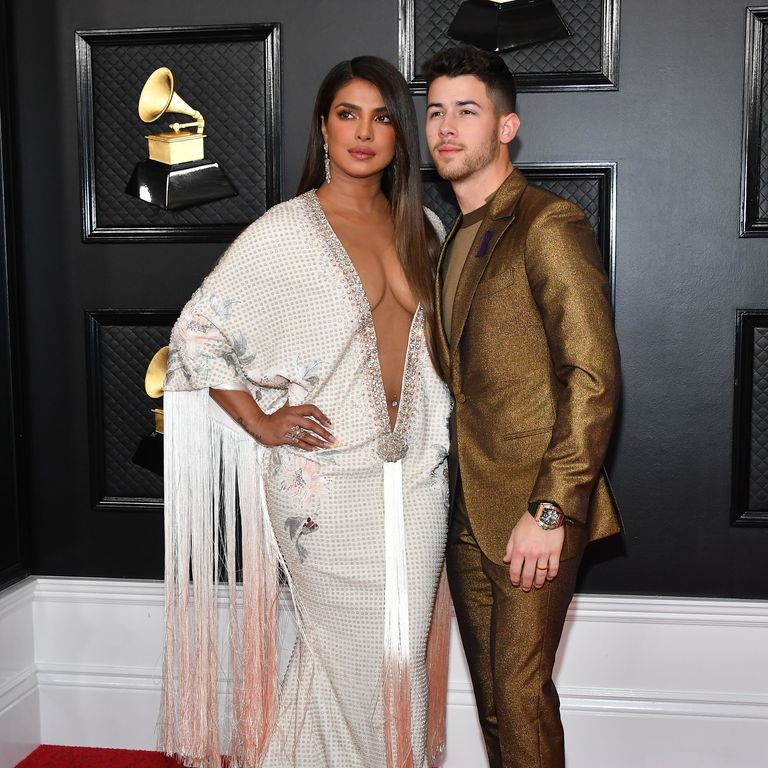 However, when Priyanka showed up in an ivory, bell-sleeved Ralph & Russo gown, complete with a navel-grazing neckline, we just wanted to look away. Because, to be frank, the ensemble was a very awkward fit.

The Sky is Pink star took to Instagram showing off her dress alongside Jonas Brothers’ Nick, who performed What a Man Gotta Do on the night with with two siblings, Joe and Kevin. 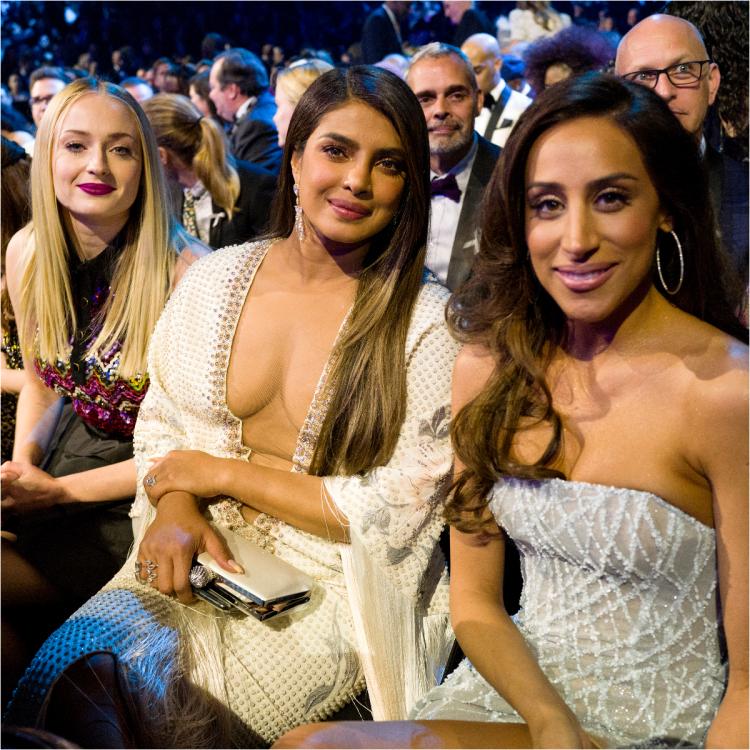 “This guy. #Grammys2020,” Priyanka wrote on her Instagram post alongside the cringe-worthy dress which was seen in all the wrong angles over the course of the night.

Meanwhile, Nick proudly posed next to his wife donning a monochrome metallic-gold tuxedo with a matching bronze-hued T-shirt and shimmering dress shoes, which was a good choice for the prestigious event. 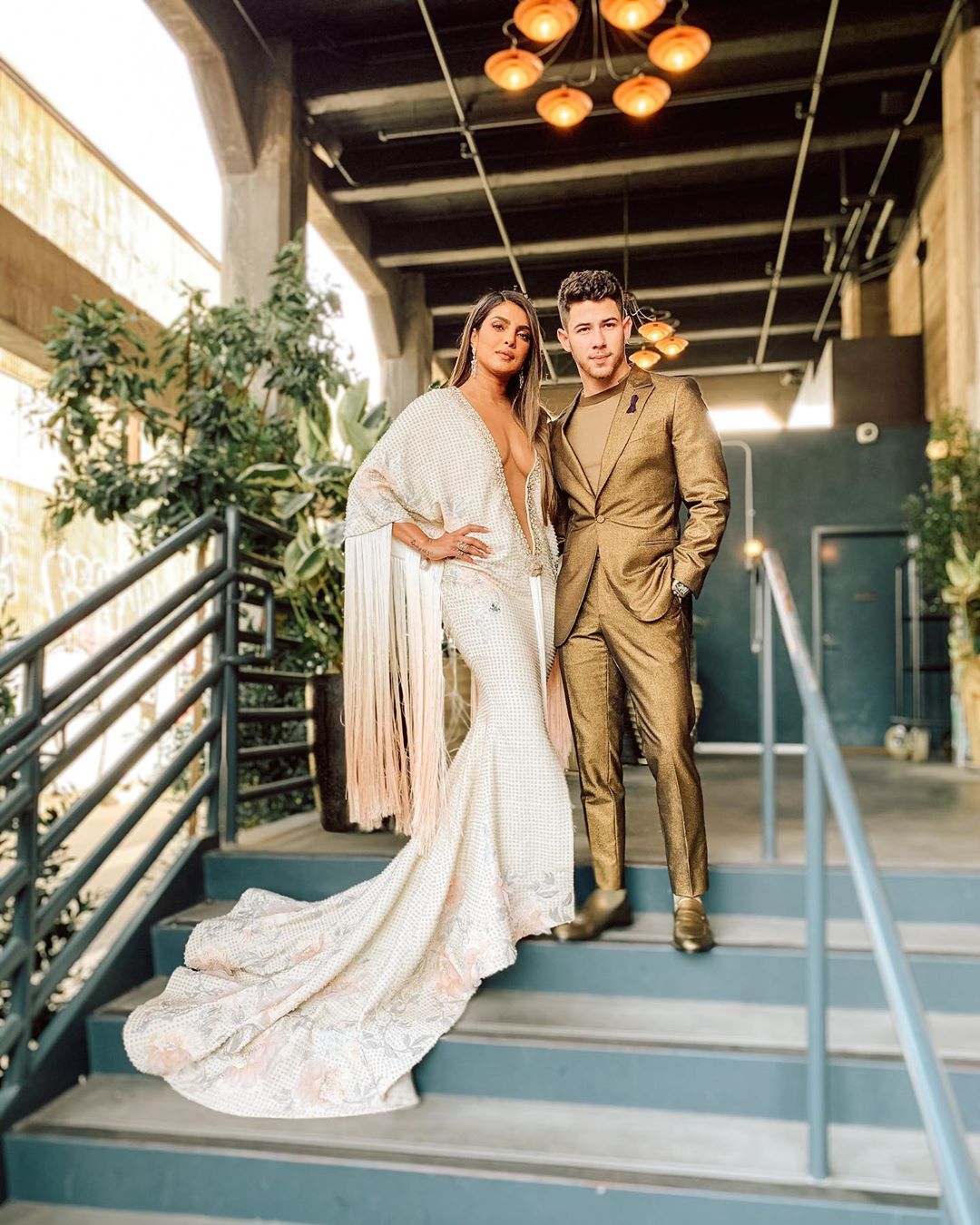 The duo seemed to be all over each other on the red carpet, and they didn’t hide it in front of the cameras. This is no surprise, since Nick and Priyanka are no strangers to sharing PDA-filled moments in the spotlight.

Alongside Sophie Turner and Danielle Jonas, Priyanka starred in the music video for What a Man Gotta Do. The three wives cheekily re-created iconic, music-centered films like Risky Business, Grease and Say Anything with their husbands for the bands latest music visual.

However, this time for Priyanka, her Grammys outfit was a little too visual and therefore catapults to the worst dressed of the night. If only she opted for something like champagne satin Nicolas Jebran halter gown she rocked for the pre-Grammys event our eyes would’ve been better for it. 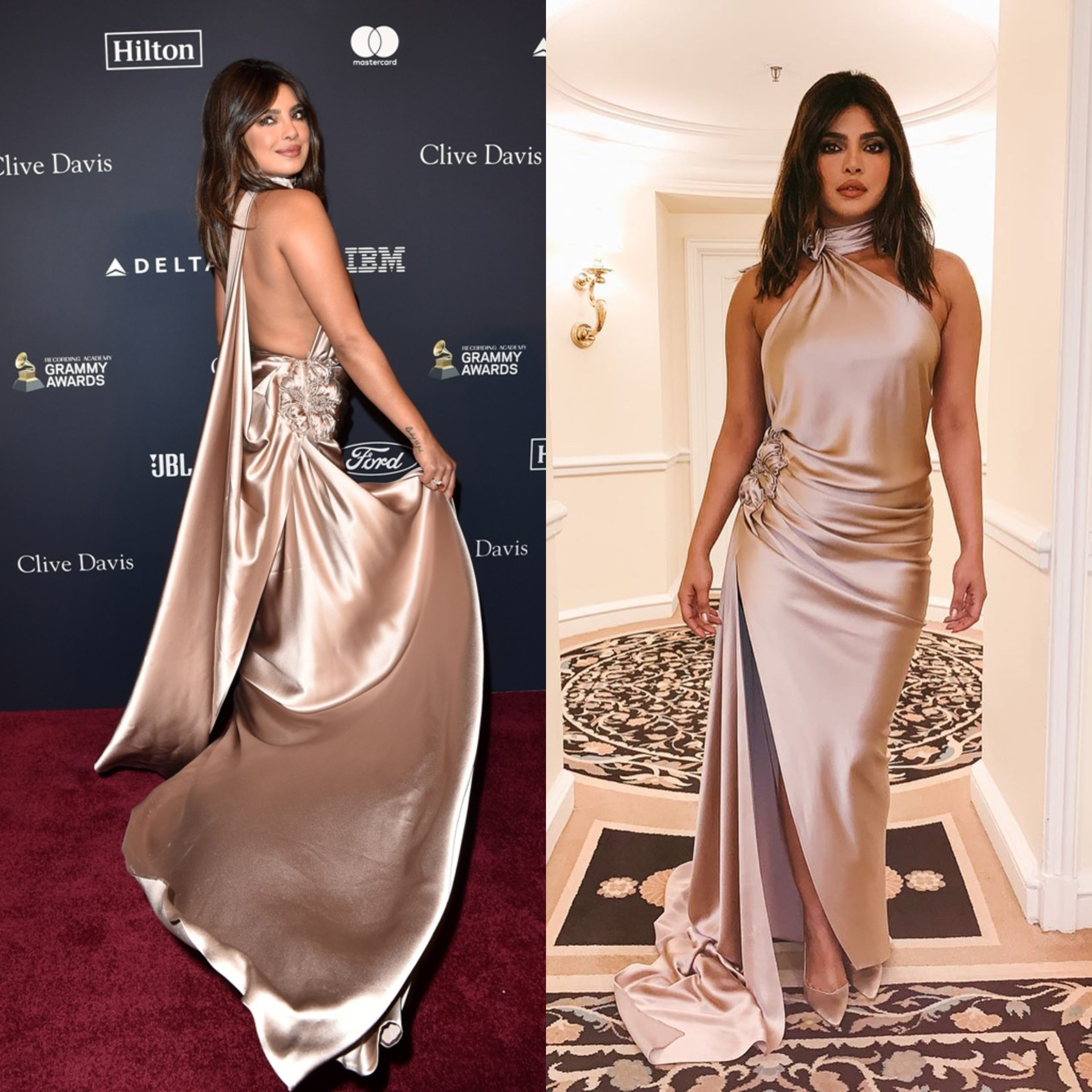