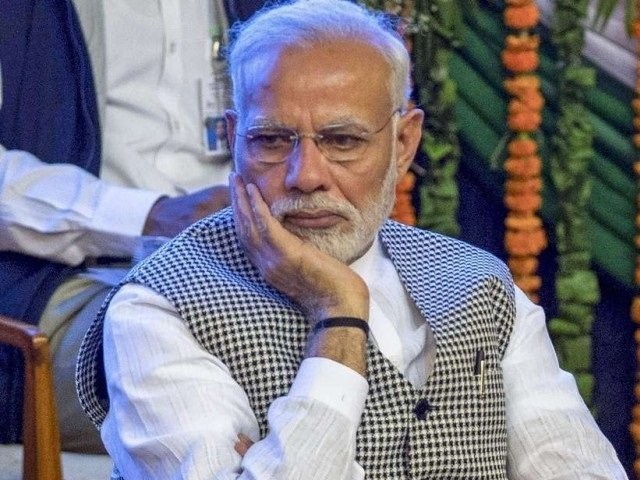 KARACHI: The European Union Parliament is set to take up the resolutions against Indian Prime Minister Narendra Modi’s illegal move to revoke the autonomous status of Occupied Kashmir and enactment of citizenship law which is “specifically discriminatory” against the minority Muslim community of the country.

In a move which that will deal a blow to the right-wing Modi government, EU lawmakers have condemned the unilateral changes made to the autonomous status of Occupied Kashmir on August 5 last year and imposition of severe restrictions including communication blockade and curfew.

The development comes after several diplomats from EU countries earlier this month had refused to take part in “guided tour” to IOK where they were not allowed to meet detained Kashmiri politicians.

Another resolution drafted by Renew Group has expressed concerns over the controversial Indian citizenship act, saying: “[The] CAA [Citizenship Amendment Act] amendments are set to create the largest statelessness crisis in the world and cause immense human suffering.”

The EU lawmakers have heaped scorn on the Modi-led government for enacting “fundamentally discriminatory” law in a five-page resolution to be tabled during the plenary session of the EU Parliament starting in Brussels next week.

The draft resolution condemned the violence and “systematic brutality” of the Indian law enforcement agencies against the protesters.

“[The] CAA has sparked massive protests against its implementation, with 27 reported deaths, 175 people being injured and thousands of arrests,” according to the official document.

The lawmakers also mentioned the incident at Jawaharlal Nehru University Campus in New Delhi which was attacked by a masked mob that injured over 20 students and teachers from the varsity.

“[The] CAA sets a dangerous precedent and represents an intensification of the Government’s Hindu nationalist agenda,” the document further read.

According to the schedule available on the official website of the EU Parliament, the debate on the resolution will be held on January 29 and the voting will be conducted on the next day.

Rockets hit near US embassy in Baghdad