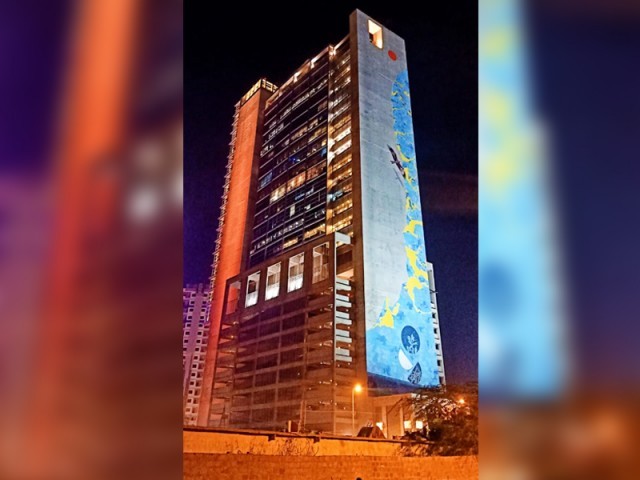 The mural titled 'Rising Blue' was made by Italian artist Giuseppe Percivati.PHOTO: EXPRESS

A 286-foot-high public art mural, claimed to be world’s tallest, was unveiled in Karachi on Sunday. 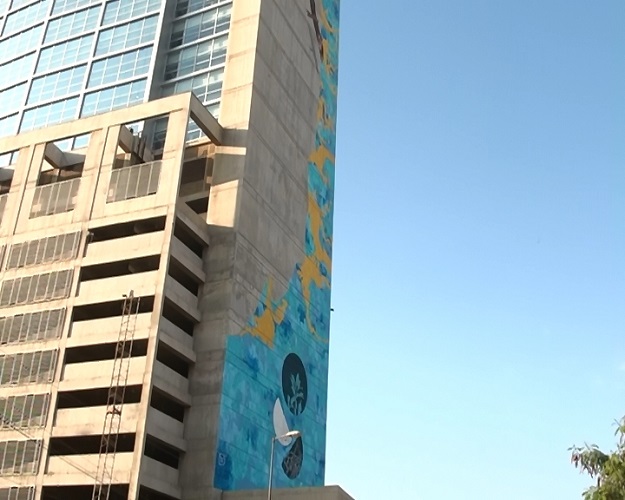 The mural titled ‘Rising Blue’ made by Italian artist Giuseppe Percivati is part of the Internati­onal Public Art Festival (IPAF), an initiative of “I Am Karachi.” 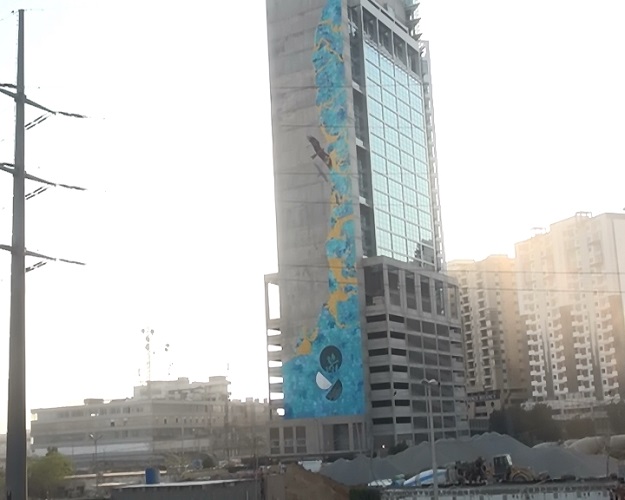 Speaking on the occasion, Italian Consul-General Anna Ruffino said Percivati had worked in Karachi before at IPAF and also worked in several other countries such as the US, Portugal, Australia and Japan. 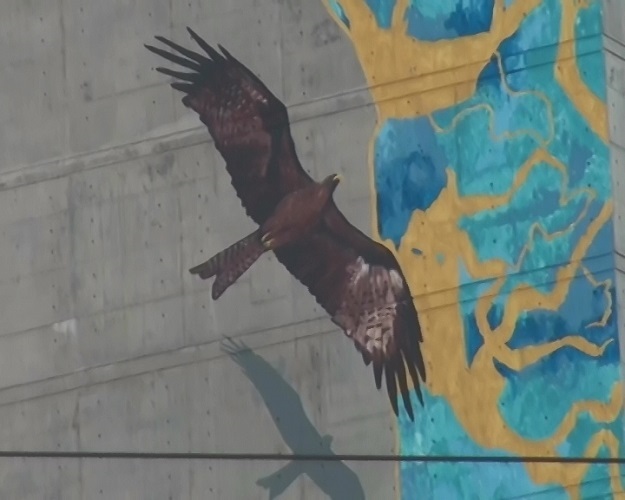 She said the mural was a message of peace and friendship, as well as a cry of alarm for the environment.

The subject was the conservation of mangroves in Pakistan, especially along the coast of Sindh, which was why it was a great gift to Karachi, Ruffino added.

Percivati said the project took about nine days to paint but months for preparation. He first came last July to find a location and as soon as he saw the TPL Tower (Centrepoint), he said: “This is perfect place.” 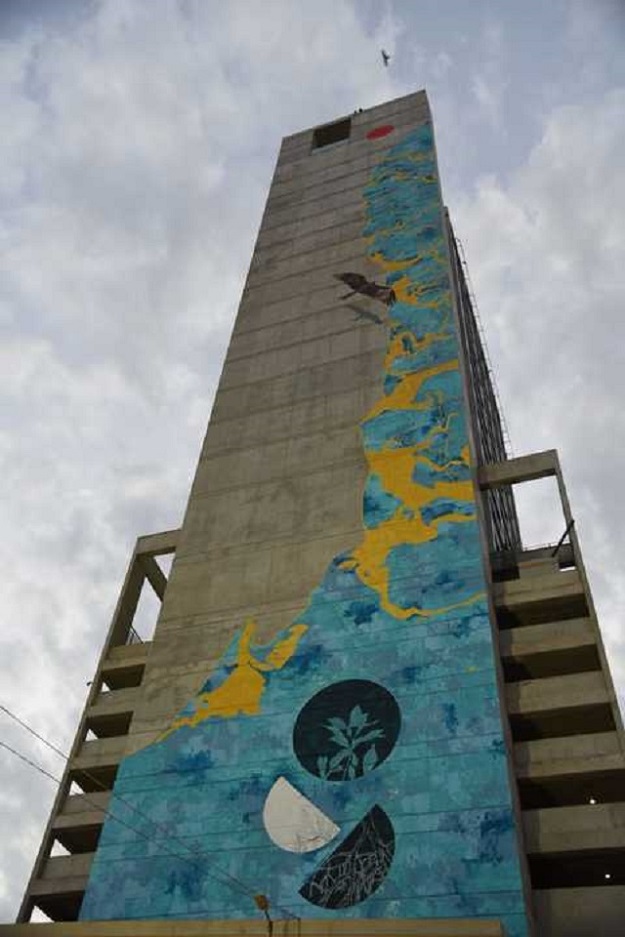 “Karachi is a beautiful city but has been neglected a bit. It’s called the City of Lights but sometimes it’s more like a city of dust. People of Karachi are beautiful. The city can be as beautiful as Milan, Rome or London,” he remarked.