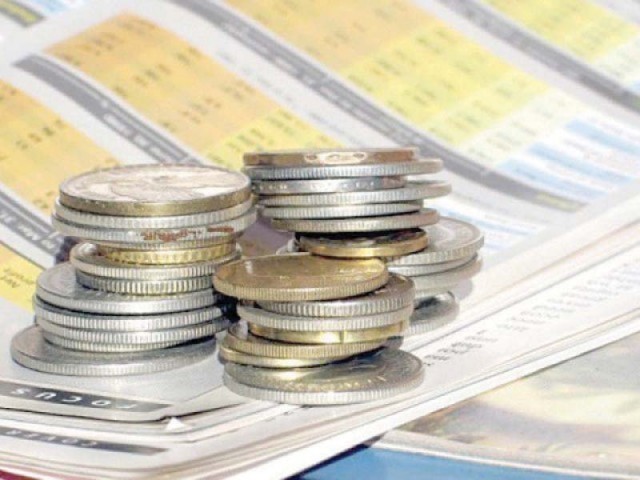 KARACHI: The ongoing tough economic reforms, initiated by the government to fix the faltering economy, initially dented various businesses, but not all. The banking sector topped among businesses which thrived during the present times of economic crisis in Pakistan.

The spreads increased 2.13 percentage points to 5.13% in December 2019 compared to 3% in December 2018, said Arif Habib Limited (AHL) while citing latest data from the central bank. “The spreads would continue to rise in the months to come even if the central bank cuts the benchmark interest rate on Tuesday (January 28) when it is scheduled to issue a new monetary policy statement for the next two months,” AHL Deputy Head of Research Tahir Abbas told The Express Tribune.

The spreads adjust in accordance with the prevailing benchmark interest rate, but with a lag of a few months from the time changes are made in the interest rate, he said.

The monetary policy committee (MPC) of the State Bank of Pakistan (SBP) may do anything, including leaving the interest rate unchanged at the prevailing eight-year high of 13.25% next week. It might increase the rate to contain the continuously increasing inflation or slightly cut the rate to let the economic activities step up in the country.

According to Topline Securities, profit of banks listed at the Pakistan Stock Exchange (PSX) surged 48% to Rs45.5 billion in the third quarter (July-September) of calendar year 2019 compared to what they earned in the same quarter of 2018.

BMA Research Executive Director Saad Hashmi said the other day that there was only one sector – banks – which managed to thrive under the recent economic reforms as majority of other sectors have been hit hard due to economic slowdown in the country.

“Profit of the entire banking sector is estimated to grow by a hefty 40% in the calendar year 2020,” he said.

The central bank increased the interest rate by a massive 7.5% to an eight-year high of 13.25% in July 2019. The rate is maintained at the level since then.

Commenting on the latest data issued by the State Bank of Pakistan, Topline Research analyst Fawad Basir said, “Deposits of the banking sector grew 10% to Rs14.6 trillion in 2019 compared to 8% in 2018. The growth, however, remained lower than the five-year average of 12%.”

Banks mostly invested the deposits in the government papers as they offer secure and higher rate of return during times of such crisis compared to the credit they offered to business in the year.

“On the other hand, advances (like credit to private sector) grew by just 3% in 2019 hindered by high interest rates and slowdown in the overall economic activity. Over the past three years, advances have grown at an average of 19%,” he said.

“Going forward, we see deposit growth in the range of 10-12% and advances growth of 11-13% in 2020 at the behest of economic recovery and an expected decline in interest rates,” he said.

SBP Governor Reza Baqir noted the other day that the banks were heavily investing in government securities. He urged the banks to lend more to the private sector to help the economy grow.

Banks should lend more since they have become risk averse after they incorporated latest amendments made under the money laundering and terror financing rules, he said.

The central bank increased the interest rate to 13.25% to contain inflation, which has continued to rise due to significant increase in prices of petrol, power, gas and foods in the ongoing fiscal year 2020. AHL Research has anticipated a further increase in inflation and estimated it at 13.25% for January 2020.

The high interest rate has also caused an increase in the non-performing loans (NPLs) and bad loans of banks, according to the central bank data.

Authorities say that the economy has stabilised during the ongoing fiscal year 2019-20 and the next fiscal year 2020-21 will be the year of growth which would allow majority of the businesses to return to the good days.