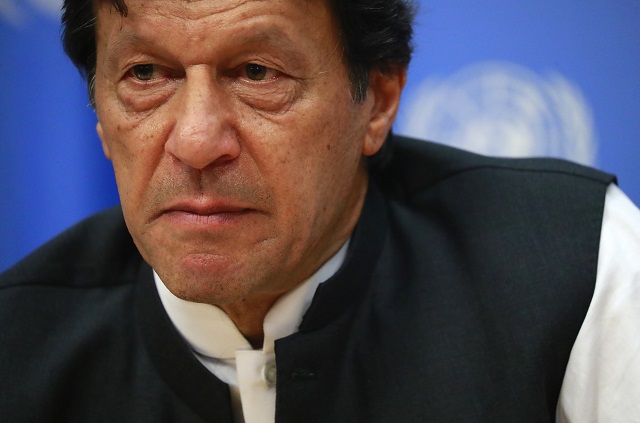 The choice is stark. Imran Khan’s work is cut out. The reasons are many. Beginning with wrong conception to poor assumptions, incorrect appointments and a dismal record of performance in governance, in policy and in attainment of proclaimed goals, the list is long. It haunts the PTI bringing to fore its vulnerability and sustainability as a party which yet isn’t in control. From the misplaced and ill-thought antics to juvenile shenanigans of those who form IK’s inner circle, the PTI in power is a sad tale. Only seventeen months down a five-year tenure, no one speaks of a popular government in these terms. Yet here we are trading in allegations of mass incompetence. More need not be said.

What is PTI’s charge? The state and its people. In more profound terms the society and the state for the next five years. A nation of 220 million people sitting at the crossroads of civilisation and a cultural and economic hub which can be the fulcrum to engender peace and prosperity to itself and the region. A nuclear state at the mercy of frequent jolts internationally arising out of misconceived policies and practices of the past which hold back its potential. It should be able to establish its footprint in the global system equal to its real potential in political, cultural and economic terms. This is the task.

PTI’s three biggest failures are internal: economy; governance, especially in Punjab but in K-P too; and an inability to set its own house in order (the party is fragmenting both structurally and notionally; in military parlance, its command and control is weak). Why isn’t there a delivery of any kind? The party appears inadequate in its conception of governance. It remains an unresolved conundrum. Policy formulation, setting goals, implementation and execution, and periodic monitoring for progress are the tenets which constitute Governance 101. If you know the template, you can fill it up with the purpose and direction derived from party’s political manifesto.

Finally getting on with it is what will make it happen. It’s time to get off the 7-12 talk-show circuit, cut the speech-ing and get the hands dirty with real work. Beating opponents in noise is not what makes for work. The Prime Minister holds more media-strategy sessions than those on agriculture, water or education. He speaks well and has carried our national message to the world effectively but when anyone looks deeper there are yawning gaps in internal governance and what is within the government’s remit.

Its economic team is non-political and thus desensitised to the political consequences of its policies. How they got there may be in the initial missteps but those emerged more from uninformed assumptions and objectives that were rather notional than real. The economic mess is thus a given. With the IMF now in control, there may be little flex to exercise yet a lack of political nuance on how the electorate suffers from mechanical corrections to attain stringent macroeconomic objectives only means that the PTI continues to lose support among the masses. Again a techno-financial outlook is far more generic and academic than sensitised to the triggers that reside in the market and how can those be agitated to sustain a relatively active economy in comparison with the dormancy that has lain it dead. There is a need to review the current composition of the economic team and refresh it with saner political guidance.

Punjab is a special problem for the PTI and unless rectified will sink them all. What may then become of the PTI as a party is moot. Sadly, Usman Buzdar doesn’t have it in him to know, understand and deliver what is expected of him. No amount of patchwork will help resurrect what has entirely gone off the rail there. K-P’s CM may be in the same category but may not be the weight to hurt the PTI to such an extent. Bad governance in Punjab will.

There are two options to reset Punjab. The first is to appoint someone of experience and reputation like Parvez Ellahi in Buzdar’s place. His party, the PML-Q, is in alliance with the PTI and represents the third political force country-wide while in Punjab it remains the second most potent group to contend PML-N’s singular hold over Punjab. There is every possibility that Ellahi will use the opportunity to expand his and his party’s political base and influence, likely at the cost of both the PTI and the PML-N but he would have also delivered an effective governance so critical to PTI’s own fortunes. A more buoyant and a more satisfied Punjab may thus be inclined to retain the PTI and their PML-Q combine as a viable third political force in power and not willy-nilly revert to the un-escapable fold of the tainted PML-N.

The second is more an in-house adjustment. Shah Mahmood Qureshi is being wasted at the Centre though his ministry is perhaps the only one where the government can claim credit for some achievement. Pakistan’s foreign policy looks more assured and clear-headed most of the times, except it isn’t only Qureshi who is the architect of such clarity of purpose. It remains a joint undertaking of the PM, the COAS and a support group which significantly consists of Zulfi Bukhari, PM’s special assistant on overseas affairs. It is the latter who has been able to win Pakistan some gains with the US through his contacts. Shah Mahmood Qureshi relinquishing the post for a far more effective contribution in Punjab will give the PTI the missing fillip without losing the PTI brand and its footprint. The foreign policy can continue under the combine which has been at its head and Qureshi’s replacement can be easily found in the benches. That will save the PTI its sorest plight and burgeon its electoral chances immensely.

When you fail to get the desired results, chances are you made erroneous inputs. That is when the system will need to be reset and the errors omitted. With forty-three months of its tenure to go, the PTI is lucky to still retain the option of a reset than be faced with a mid-term or an early-election option. The correction should consist of recognising the right skill-sets and capacities and employ people where they can best function and produce desired results.

The second option to reboot is starker and greatly more disastrous. If resetting is reformative, rebooting will be disruptive. When a software crashes with too much data beyond its capacity and stalled into dysfunction, it will need to be rebooted. That is when it will need to be reverted to the care of the specialists in the workshop. The only solution then left to the engineers is to dump the data which has clogged the system and reboot it to a new life. The PTI may like to avoid such a consequence. There is still time to change course and accrue benefit both to itself and the democratic system which can ill-afford further buffets.