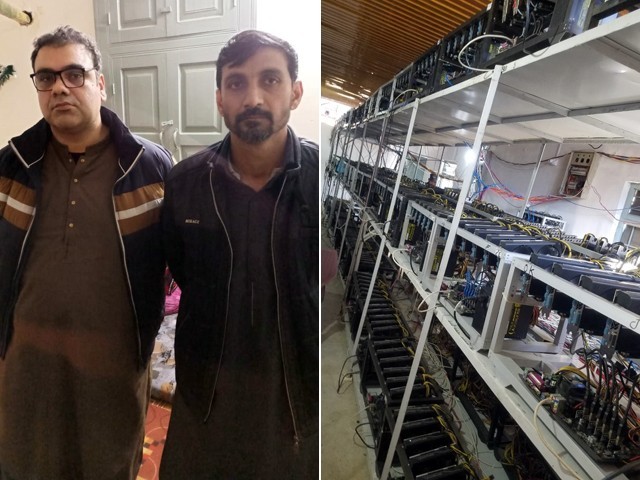 The suspects from Punjab booked on charges of money laundering through cyrptocurrency. PHOTOS: EXPRESS

MANSEHRA: Police in a remote district of Khyber-Pakhtunkhwa have smashed a “mining farm” for generating cyrptocurrency and arrested two men for mining Bitcoins.

Bitcoin, a cryptocurrency, is a decentralised digital currency without a central bank or single administrator that can be sent from user to user on the peer-to-peer Bitcoin network without the need for intermediaries.

“We were tipped off about the presence of a sophisticated computerised system at an address in Bar Kanna Shapur Khwar, a remote mountainous area of Shangla district,” Malik Ejaz, the district police officer (DPO), told The Express Tribune on Saturday.

“Two men had rented the small house which they were using as a “mining farm” to mine Bitcoins,” DPO Ejaz said and identified the arrested men as Ghulam Ahmad, a resident of Okara district of Punjab, and Sajid Sediqui Dogar, a resident of Lahore.

“Mining farm” is a data centre, technically equipped to mine bitcoins or other cryptocurrencies. 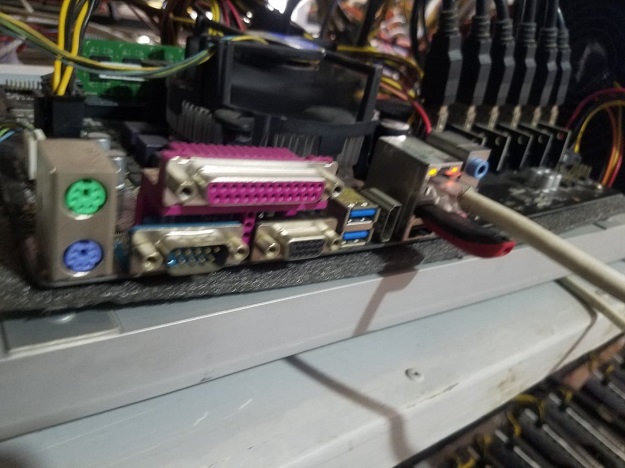 The two men, arrested on charges of money laundering through cryptocurrency, have been handed over to the Federal Investigation Agency (FIA) which has a specialised wing for cybercrimes.

Bitcoin and other cryptocurrencies are illegal in Pakistan. It may still be possible for Pakistanis to acquire Bitcoins through decentralised exchanges or by purchasing Bitcoins from foreign exchanges, however, that would be illegal.

Cyrptocurrency expert Hamad Khan said Bitcoin mining, which requires heavy machinery and graphic processing units, has to be set up in cold temperatures – perhaps this is the reason the suspects chose Shangla for their mine.