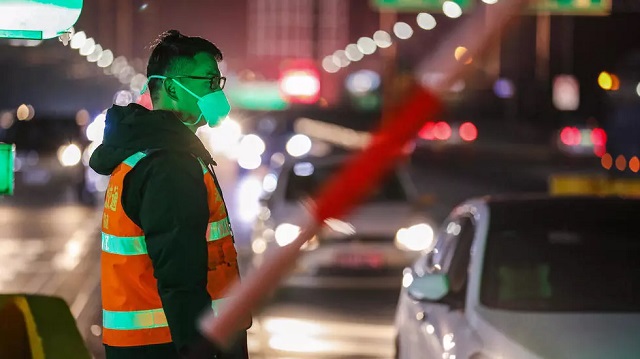 There is an ongoing outbreak of a new virus in the city of Wuhan, China. This is a completely new virus which probably has jumped from animals to humans. It was first identified just a month ago and now it has infected more than 500 people with 25 deaths. Five other countries have also reported infected cases, all linked to travel.

The World Health Organization (WHO) is actively reviewing the situation and the Chinese government has put the city of Wuhan, having a population of about 10 million people, under quarantine. Pakistan’s Ministry of National Health Services has started screening travelers directly arriving from China and set up a high-level technical committee of experts to review the situation on a daily basis and adjust strategies accordingly.

There are multiple reasons for the world to be worried. Public health professionals in the world are expecting a major pandemic, similar to what happened in 1918’s influenza pandemic. It killed an estimated 50-100 million people in the era when population was small and people and goods were not mixing as they are right now. To avert a similar pandemic, there have been global investments to strengthen disease surveillance and outbreak detection; and many response mechanisms are in place.

However, multiple current evaluations show that the world is still not ready to manage a major pandemic.  Pandemics not only kill people but destroy economies at a global scale. Severe Acute Respiratory Syndrome, popularly called SARS, killed a few hundred people, but its cost was 40-100 billion US dollars. Hong Kong GDP losses were more than 2%. The newly-identified virus is very similar to the SARS virus. The way it has already spread in multiple countries shows that its infectivity is in higher ranges.  As there are doubts about the actual number of cases and deaths, it’s difficult to estimate the fatality rate, but on the basis of the reported cases in just a day it has jumped from under 2% to above 3%. British researchers estimated 1,700 infections based on earlier data of reported cases. Where we still don’t know many things about this new virus, the good thing is that now the world is moving at a fast pace. The President of China himself has directed that the case numbers and details should be reported quickly.

What are its implications for us, living in Pakistan? As its initial symptoms are like common cold, we all need to cover our noses while sneezing and wash our hands with soap frequently. That will save people from many other ailments too. Anyone with the travel history to China in last two weeks and developing cold- or cough-like symptoms should see their doctor and also inform the Ministry of Health. They should start wearing masks just as a precaution and should stay indoors. All cases have a travel history to China. That means that local transmission has not been established yet outside the country. The world is holding its breath because once it spreads to other countries it will be difficult to control and could become a global emergency crisis.

Any outbreak could be controlled if the community is vigilant. Recent success in reversing the trend of a major dengue outbreak in Islamabad shows that if there is commitment, our nation could rise to the occasion. Just follow basic health principles, stay cautious and notify the health department if thing get too severe.