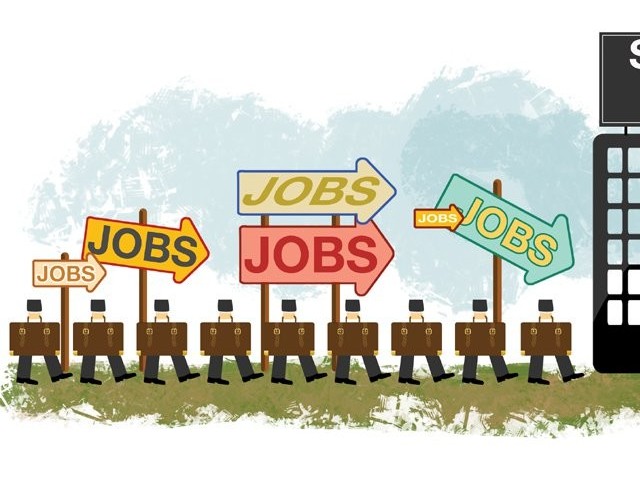 ISLAMABAD: Days after the federal cabinet decided to fill over 129,000 vacant posts in the public sector, the government is giving a second thought to the decision due to its huge financial implication, a highly placed source told The Express Tribune.

Both, the Prime Minister’s Office and the Ministry of Finance are considering not implementing the decision, a source privy to these discussions revealed on Saturday.

The main reason for reviewing the decision is its financial implications on the budget and the already bloated size of the federal government.

Special Assistant to Prime Minister on Information Dr Firdous Ashiq Awan did not answer when asked if the government was giving a second thought to ten-day-old decision of the federal cabinet.

This month the PM’s Delivery Unit had given a presentation to the federal cabinet on status of recruitment rules, pending cases of seniorities, 129,301 vacant positions in the federal ministries and divisions and 1,623 pending disciplinary proceedings against bureaucracy.

About 3,459 vacant positions have to be filled through the Federal Public Service Commission.

Briefing media persons after the federal cabinet meeting, Dr Firdous had said no public sector employee would be removed as the government was committed to provide employment to the jobless, not to make them jobless. She said 2020 would be the year of jobs creation.

Minutes of the cabinet meeting also confirmed that the cabinet had decided that all vacant positions in ministries, divisions or attached departments shall be filled in within 120 working days in a manner prescribed “except those which are either coming in restructuring process or meant for promotion.”

However, the sources said the decision to fill posts had been taken without proper homework. Neither the Establishment Division nor the Ministry of Finance had moved the summary to the federal cabinet to fill these posts.

“The financial cost of filling 129,301 posts is more than Rs80 billion a year. The decision to fill the posts must not be implemented, particularly when the size of the federal government is already bloated,” said Dr Hafiz Pasha while talking to The Express Tribune.

During the cabinet meeting, some cabinet ministers had also referred to the bloated size of the federal government, particularly when most of the subjects have been devolved to the provinces after the 18th amendment in the Constitution.

Prime Minister Imran Khan had promised to give 10 million jobs and construct 5 million homes during his government’s five-year term. No progress could be made to achieve these two goals during past one and half year due to the government’s economic stabilization policies.

Dr Waqar Masood Khan, former secretary finance, said on Friday the government’s policies were primarily focused on building foreign exchange reserves that resultantly eroded 25% of industrial production in past one year. He was speaking at Express News programme, the Review – Pakistan’s only economy and national security affairs prime-time show.

He said the current expenditures were increasing rapidly and predicted that the budget deficit could hit Rs4 trillion or 9% of GDP on back of steep shortfall in the Federal Board of Revenue’s (FBR) tax revenues. The government had set the budget deficit target at 7.2% of the GDP or Rs3.2 trillion.

In such a gloomy situation, the government decided to add Rs80 billion more into the cost of running the civilian government.

The sources said the chances were very high that the PM’s Office would not push to implement the decision. The premier is said to have already expressed his opposition to the decision.

In PM Imran Khan’s cabinet, the implementation on public interest related decisions largely remained low. The cabinet was recently informed that out of total 79 initiatives that it approved, 41 had been fully or partially implemented. The ratio of full or partial implementation was just 52%.

There were 36 decisions that were still under process, according to the briefing to the federal cabinet.