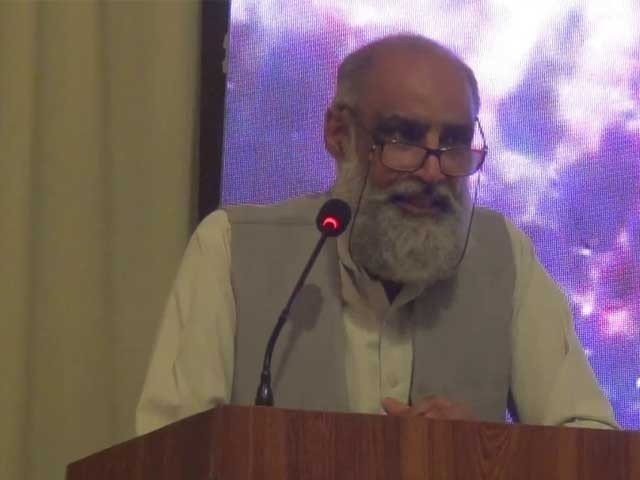 RAWALPINDI: Colonel (retd) Inam ur Rahiem, the Rawalpindi Bar Association’s Human Rights Committee coordinator, has been released after over a month long detention.

Rahiem was picked up by state agencies from his residence in Rawalpindi on December 16, 2019.

The government had later told the Lahore High Court (LHC) that the lawyer was “formally arrested” under the Official Secrets Act, 1923. It had alleged the lawyer was providing information about Pakistan’s top spy agency and its nuclear programme to enemies.

The LHC had, however, directed the government to release the lawyer. The court had also rejected an Intra Court Appeal (ICA) filed by the Ministry of Defence.  Later, the government had approached the Supreme Court against the LHC order.

On January 14, Attorney General for Pakistan (AGP) Anwar Mansoor Khan told a three-judge bench headed by Justice Mushir Alam that Rahiem was part of a spy network and a number of individuals belonging to that ring were still wanted.

However, in a sudden change of heart, the AGP on Wednesday told the bench that the government had decided to release Raheim on medical grounds, as the advocate was not in good health and had to be admitted to hospital continually.

In view of the AGP’s fresh statement, the court had ordered that the accused be released after depositing his passport with the SC’s Additional Registrar “and with further condition that he will associate and continue to cooperate in the inquiry and investigation”.

The bench had also ordered the ministry to present Rahiem before the medical superintendent of Benazir Bhutto Hospital in Rawalpindi for medical examination.

According to the court’s order, the authorities on Friday got Rahiem’s medical examination done at the facility. When the lawyer reached home, he was received by a large number of people including family members and friends who welcomed him with bouquets and flower garlands.

The Pakistan Bar Council in its resolution on January 16 expressed its grave concerns about “forced disappearance and unconstitutional detention” of Rahiem and called for his immediate release with a demand to take stern legal action against the delinquents.