'Zindagi Tamasha' will be evaluated to ensure accurate portrayal of Islam: CII

'Zindagi Tamasha' will be evaluated to ensure accurate portrayal of Islam: CII

Decisi­on to refer the film to the counci­l of Islami­c Ideolo­gy was taken in the wake of TLP protes­ts
By ADNAN LODHI
Published: January 23, 2020
Tweet Email 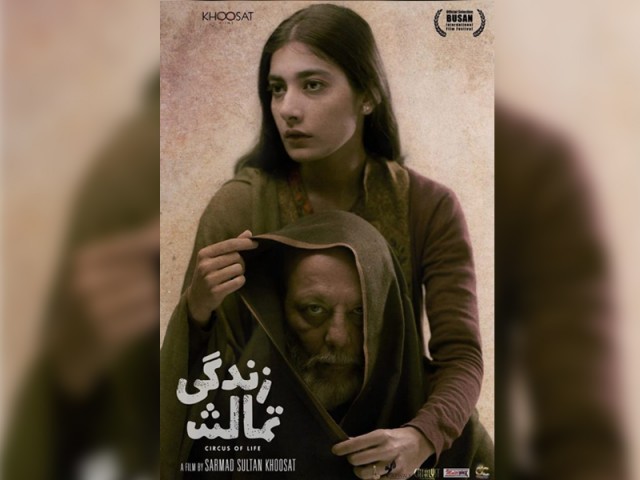 LAHORE: In wake of the recent controversy stirred by the trailer of Sarmad Khoosat’s Zindgai Tamasha, the Federal government decided to block the release of the film. The issue started after members and supporters of Tehreek-e-Labaik  (TLP) started an online campaign, demanding to ban the ‘objectionable’ film in Pakistan. They had also announced a country-wide protest that was later taken back following government intervention.

On Tuesday, Prime Minister’s aide for information, Firdous Ashiq Awan tweeted that the Council of Islamic Ideology (CII) would be consulted to determine if the film is suitable for public exhibition.

In this connection, the Central Board of Film Certification (CBFC) has invited CII members to preview the film as per govt instructions,

“We have reached out to CII following the aide’s tweet but are yet to set a time and day for the review meeting. Once that is finalised we will ask Sarmad Khoosat to bring his film for review,” Danyal Gilani Chairman CBFC told the Express Tribune, adding that preview could take place either at CII’s office or at the CBFC.

CII member, Maulana Muhammad Raghib Hussain noted that so far he has received no invitation from the council.  However, he assured that the evaluation of the film will be based on the basic tenents of Islam and what is not permitted in Islam.

“There is a certain manner in which sacred spaces and structures such as the Mosque and the Mimber need to be portrayed, ” Hussain told the Express Tribune. “The portrayal of important positions including that of the Imam will also be analysed quite closely to ensure that the sanctity of Islam has not been compromised in the film,” he added.

“The idea is to ensure that an accurate picture of Islam is portrayed and nothing that is forbidden in the religion is glorified,” concluded Hussain.

Furthermore, a CBFC insider who chose to remain anonymous confirmed that a representative of Tehreek-e-Labaik  (TLP) will be present during the review meeting.

“Members of all sects and different schools of thought are part of the CII. Therefore a representative of TLP will also be there. However at the moment, we don’t know who will represent the party neither have we inquired,” he said.

It is also pertinent to mention that the provincial censor boards have been ordered to postpone the release of the film till February 3. It has not been banned as yet.