Soleimani's successor to face same fate if he kills Americans, warns US diplomat

Soleimani's successor to face same fate if he kills Americans, warns US diplomat 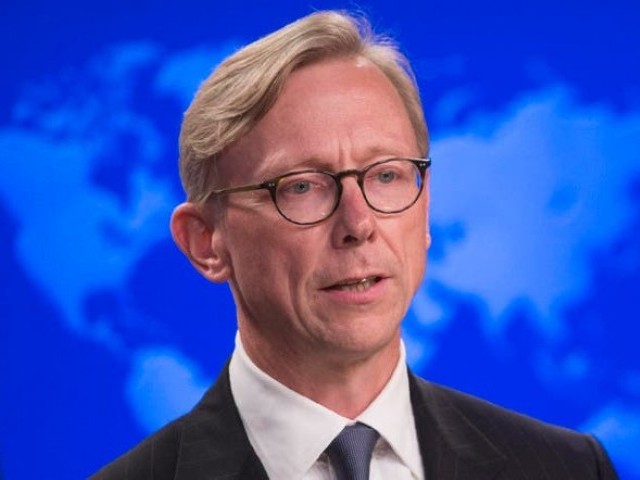 DUBAI: The United States special representative for Iran said the successor to Qaseem Soleimani, the Iranian commander killed in a US drone strike, would suffer the same fate if he followed a similar path of killing Americans, Asharq al-Awsat newspaper reported.

“If (Esmail) Ghaani follows the same path of killing Americans then he will meet the same fate,” Brian Hook told the Arabic-language newspaper, adding that US President Donald Trump had long made it clear “that any attack on Americans or American interests would be met with a decisive response.”

“This isn’t a new threat. The president has always said that he will always respond decisively to protect American interests,” Hook said in the interview in Davos.

Iran tells Europe not to follow US by undermining nuclear pact

Meanwhile, Ian’s president told European powers on Wednesday not to copy the United States by undermining Tehran’s strained nuclear pact with world powers, and said Tehran would not seek nuclear weapons whether or not the deal survived.

Britain, France and Germany launched a dispute mechanism in the 2015 nuclear deal this month, accusing Iran of violating the deal that has become increasingly frayed since Washington pulled out in 2018 and then reimposed sanctions on Tehran.

The dispute mechanism could ultimately lead to the case being referred to the United Nations Security Council to restore UN sanctions. Iranian officials have threatened a range of steps if this should happen, including quitting the 2015 deal or even withdrawing from the 1968 Non-Proliferation Treaty (NPT), basis for global nuclear arms control since the Cold War.

Iran has gradually rolled back its commitments under the 2015 deal, arguing that it has a right to do so because European countries failed to protect it from US sanctions.

This month, the escalating crisis briefly flared into a military exchange between Iran and the United States.

Iranian President Hassan Rouhani said on his website President.Ir on Wednesday that the United States had made a mistake by quitting the 2015 pact.

“Do you want to make the same mistake? … I am emphasizing that if the Europeans make a mistake and violate the deal, they will be responsible for the consequences of their actions.”

US President Donald Trump says his “maximum pressure” campaign aims to drive Iran toward a broader deal that will further curb Tehran’s nuclear work, end its missile program and halt proxy wars in the Middle East.

The three European powers have shown greater readiness to work toward what the British prime minister dubbed a “Trump deal”. France has said it might be time for a broader pact.

“In the current context, France is determined that Iran never acquires a nuclear weapon, but also that we avoid all military escalation in the region,” French President Emmanuel Macron said during a trip to Israel.