The film is said to be a spy action thrill­er based on true events­
Published: January 23, 2020
Tweet Email 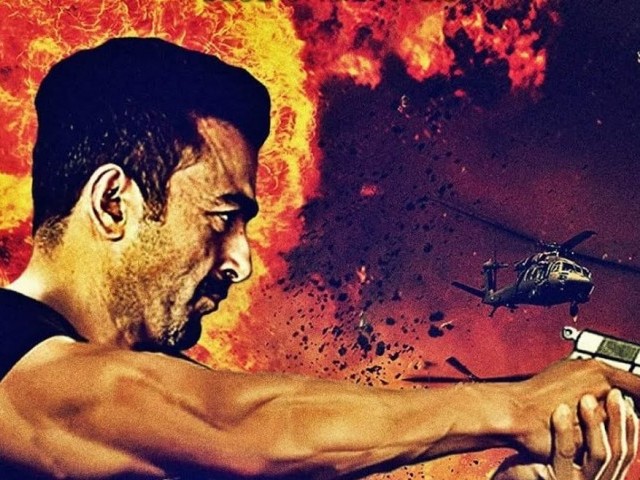 Shaan Shahid’s upcoming action thriller Zarrar just launched it’s first teaser but it doesn’t give much away about the film, aside from it having war as it’s backdrop.

During the video, a bloodied Shaan is seen clinching his fists implying readiness to battle. The line “Men die, wars don’t die” flashes on the screen. Additionally, a markhor is seen flickering, perhaps as a nod to Inter-Services Intelligence (ISI) agency, around which the plot is said to revolve.

Shaan, a Lollywood veteran, had previously revealed that the film is based on true events. He noted that the theme is around some external security threats to the country which are ignored by the mainstream media and gone on to deem it as spy thriller unlike previous action films Waar and Yalghar .

Zarrar is also Shaan’s sixth directorial project. The actor had previously directed Arth two years ago. With Zarrar, the actor is making his return to the action genre and aside from him, the film also stars Kiran Malik, Nadeem Baig, Adnan Butt and Nayyar Ejaz.

Malik had earlier revealed that her casting in Zarrar happened by chance. “I was in Karachi, visiting a friend of mine. We were enjoying a quick meal at a local café when all of a sudden, I saw Shaan Shahid sitting beside my friend!” Malik told the Express Tribune. “I got a call from my friend the very next day and was told that Shaan wanted to approach me for his next film.”

Behind the scenes footage and stills from Zarrar have been floating in the media for the last four years. Up until last year, the film was set to release on Eid-ul-Adha 2019.