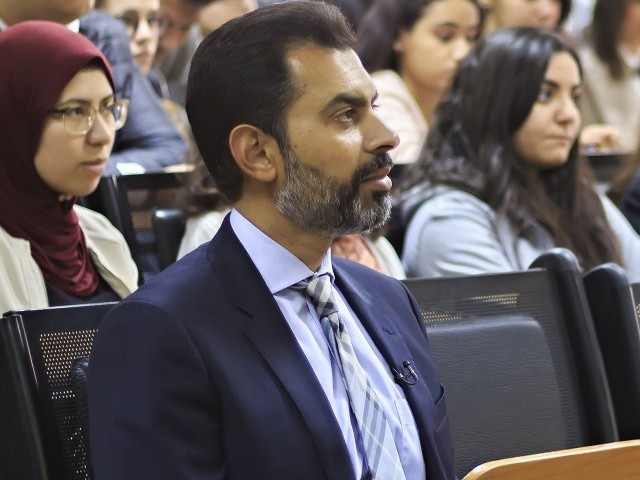 ISLAMABAD: State Bank of Pakistan (SBP) Governor Dr Reza Baqir’s recommended names have been appointed at two key positions in Washington and Karachi, which has consolidated his grip over economic policy making.

On the governor’s recommendation, Prime Minister Imran Khan has appointed Dr Saeed Ahmad as Pakistan’s senior adviser to the Executive Director of International Monetary Fund (IMF) in Washington, according to sources in the Ministry of Finance. Saeed was serving as chief economist in the SBP.

The senior adviser to the IMF serves as a bridge between Islamabad and Washington and coordinates with the IMF on behalf of Pakistan. The position was vacant for quite some time and the government picked a central banker to represent it in the IMF.

In the last cabinet meeting, the Ministry of Finance had tabled the summary for the appointment of Murtaza Syed as deputy governor without formally bringing it on the cabinet’s agenda, at least two cabinet ministers confirmed to The Express Tribune.

Use of illegal remittance channels on the rise in Pakistan: Reza Baqir

The summary contained the single name and the Ministry of Finance did not propose a three-member panel, denying the cabinet the right to choose a person of its choice. Prime Minister Imran defended the appointment of Syed as deputy governor.

Maritime Affairs Minister Ali Zaidi had objected to presenting the single-name summary. Zaidi was not available for comments.

It is not for the first time that the government has appointed a governor or a deputy governor without following the process defined in various judgments of the Supreme Court of Pakistan. The Ministry of Finance had notified Murtaza Syed as SBP deputy governor for a period of three years this week.

Syed was a deputy division chief in the IMF’s Strategy, Policy and Review Department. Previously, Baqir also used to serve in the department before he was picked to be Pakistan’s top central banker.

Syed has not worked in Pakistan and it will be challenging for him to work in a new environment. One of the criticisms against Dr Baqir’s appointment as SBP governor had been that he was not well-versed with Pakistan’s economic realities and his decisions and policies were damaging the real economy.

There has been a mixed reaction to Syed’s appointment as the new deputy governor as well. Many have seen it as further consolidation of Baqir’s grip on economic policy making while others think that Pakistan should welcome new talent.

It is for the first time in decades that the SBP is becoming stronger and coming out of the influence of the Q Block – the seat of the finance ministry. Unlike past governors, Baqir has direct access to Prime Minister Imran and PM’s publicity wing has released his one-to-one meeting pictures with the premier.

However, there has been objection that the government has not followed the laid down procedures and Syed’s appointment was in violation of the Supreme Court of Pakistan’s 2013 judgment in the Securities and Exchange Commission of Pakistan’s (SECP) chairman appointment case. The court had struck down Mohammad Ali’s appointment due to lacunas in the appointment process.

“Issues of appointments to senior positions in public bodies, which have been highlighted in this petition and in other cases which have come up before us, have underscored the need for a transparent, inclusive and demonstrably fair process for the selection of persons to be appointed to such senior positions,” reads the 2013 judgment.

The court had directed that the federal government may consider the necessity of putting in place independent mechanisms and of framing open, fair and transparent processes so that the objectives for which public bodies are established can be efficiently achieved and at the same time the pernicious culture of arbitrariness, favouritism and nepotism is eliminated.

Baqir had forwarded the name of Syed to Prime Minister Imran Khan.

An official of the SBP, on condition of anonymity, told The Express Tribune that the appointment had been made by the federal government. He added that there was no role of the central bank in the process.

The Ministry of Finance says it has adopted the legal path for the appointment of the deputy governor.

“The Section 10 (4) of the SBP Act, 1956 states that one or more deputy governors may be appointed by the federal government on such salary and such terms and conditions of service as the federal government may determine,” said Ministry of Finance spokesperson Omar Hamid. He said that the prescribed rules were followed while sending the name to the federal cabinet for approval.