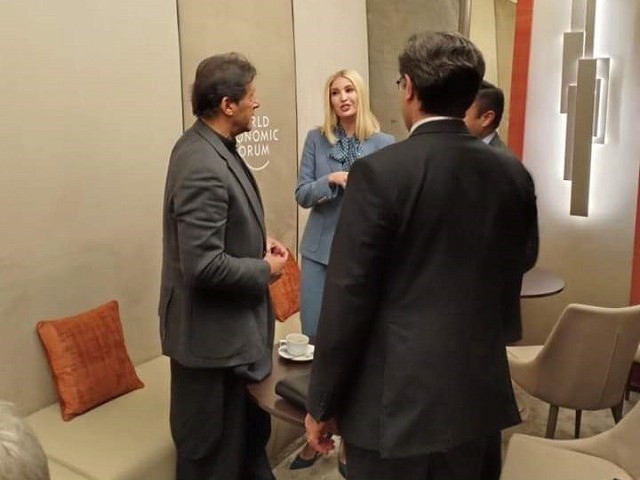 Prime Minister Imran Khan met with the daughter of the US President Ivanka Trump on the sidelines of the World Economic Forum (WEF) in Davos on Wednesday. 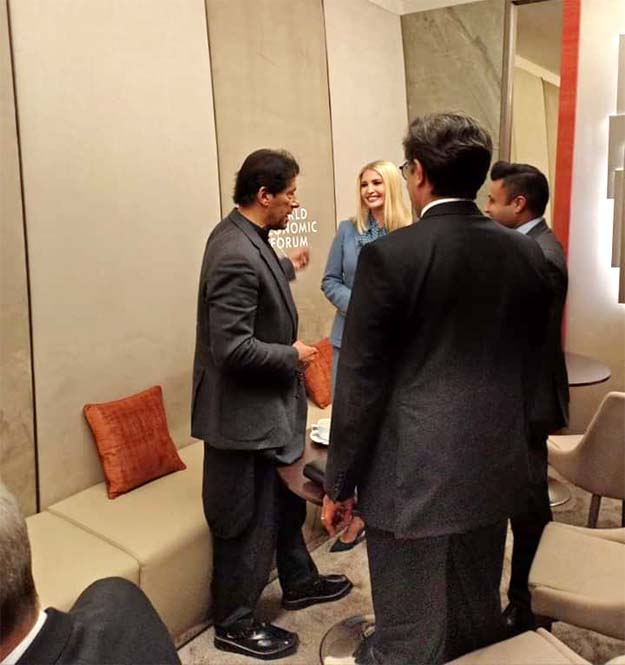 She was accompanied by Jordanian Prime Minister Omar Razzaz while PM Imran’s special assistant Zulfi Bukhari also sat in for the meeting.

The country’s premier is attending the three-day global moot in Switzerland where he met with world leaders and economic big-wigs.

Yesterday, PM Imran held his third meeting in less than a year with President Trump where they discussed the situation in Indian Occupied Kashmir (IOK). 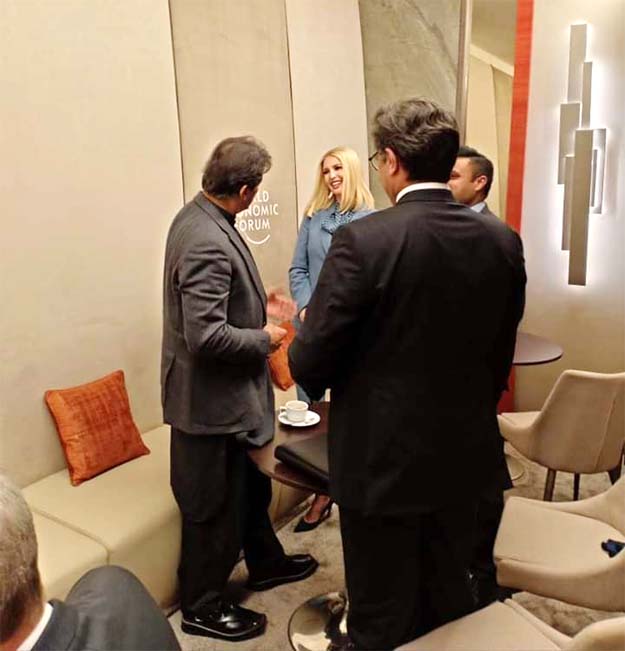 Last year, social media was abuzz when the US first lady Melania Trump had shared a picture upon receiving PM Imran at the White House.

She said this in her tweet: “Great to have Prime Minister @ImranKhanPTI of Pakistan at the @WhiteHouse today!”

Great to have Prime Minister @ImranKhanPTI of Pakistan at the @WhiteHouse today! pic.twitter.com/W4ChxxfwQp