The actor finall­y opened up about the impact of his divorc­e with Amrita on his kids
By Entertainment Desk
Published: January 22, 2020
Tweet Email 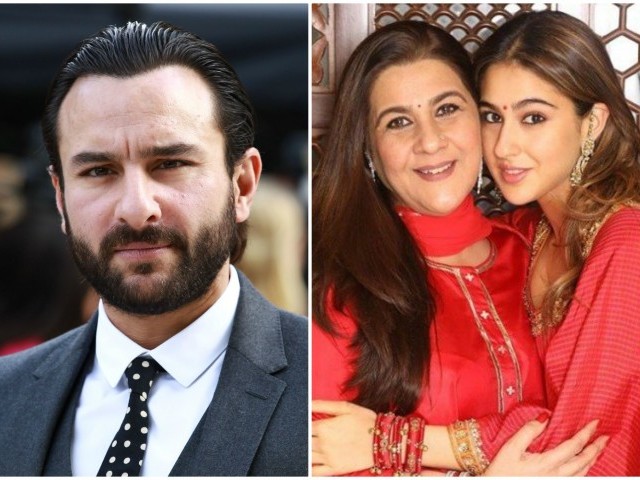 Bollywood actor Saif Ali Khan, who is known for his non-conformist approach to acting, is also quite unapologetic when it comes to his private life. However, whenever it came to discussing his divorce from Amrita Singh, the anti-hero mostly maintained a dignified silence – until now.

Saif recently opened up about that particular phase in his life and how it impacted his children back in the day, in an interview with Pinkvilla. He said, “It’s the worst thing in the world. It’s something that I still feel and wish could have been different.”

Owing to the increased curiosity created since their daughter, Sara Ali Khan, entered Bollywood – the actor finally discussed what it was like to have separated and married again.

“I don’t think I will really be okay with it ever. There are certain things that can’t be and I try and make peace with them and myself by saying that I was 20 and quite young. So much changes. You like to think of parents together but they are individual units too. So everyone can be okay with a modern relationship also.”

He continued to add, however, “No child should be deprived of a warm home. You have to make the most of whatever situation you are in. Life is beautiful and nobody can be sitting around, complaining too much. Sometimes, having two parents together might not be the best thing for anyone. A nice stable home is wonderful environment and that’s what you would like to share with your kids.”

Saif married Amrita in the early ’90s but their marriage hit rock bottom and they decided to part ways sometime later.  Both the parties maintain cordial terms and in last year’s episode of Koffee with Karan, both Saif and Sara revealed how they were more at peace after the divorce. There’s no bad blood between them and they have somehow managed to have a modern family set-up.

Saif is now happily married to Kareena Kapoor Khan and has a son Taimur Ali Khan with her. He’s also equally close to Sara and Ibrahim.