The Italia­n restau­rant is now holdin­g a contes­t to guess how many kilogr­ammes of flour went into making the pizza
By Reuters
Published: January 22, 2020
Tweet Email 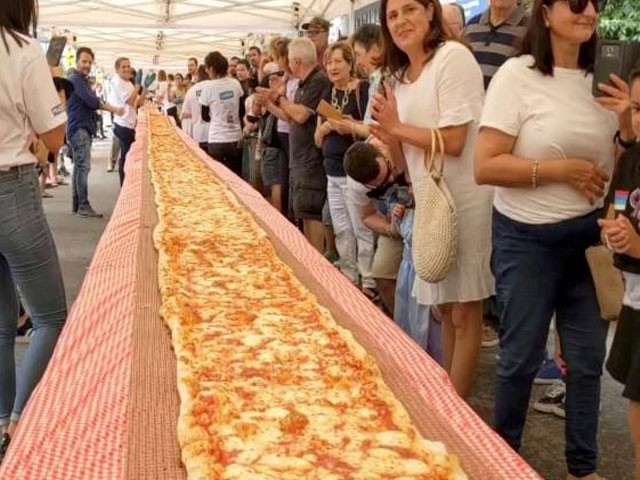 People look on as a 100m long margherita pizza sits on a table before receiving its final toppings, which was prepared by Pellegrini's Italian restaurant in their attempt to set a new record for Australia's longest pizza as part of a charity event to raise funds for the New South Wales Rural Fire Service, in Sydney, Australia, January 19, 2020. PHOTO: REUTERS

An Italian restaurant in Australia has made a 103 metre (338 foot) Margherita pizza to raise funds for firefighters battling bushfires.

The pizza was rolled out in rectangular, metre-long pieces of dough, pieced together and covered with tomato sauce and mozzarella, before being baked using a conveyor oven. 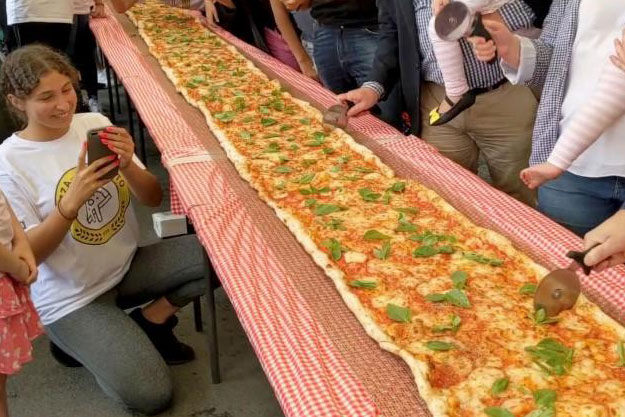 It was then liberally seasoned with basil leaves, oregano and olive oil.

The effort took about four hours, according to Pellegrini’s restaurant, and yielded 4,000 slices.

A video of the pizza being made has gone viral on social media with lots of users marvelling at its size.

The restaurant is now holding a contest to guess how many kilogrammes of flour went into making the pizza.