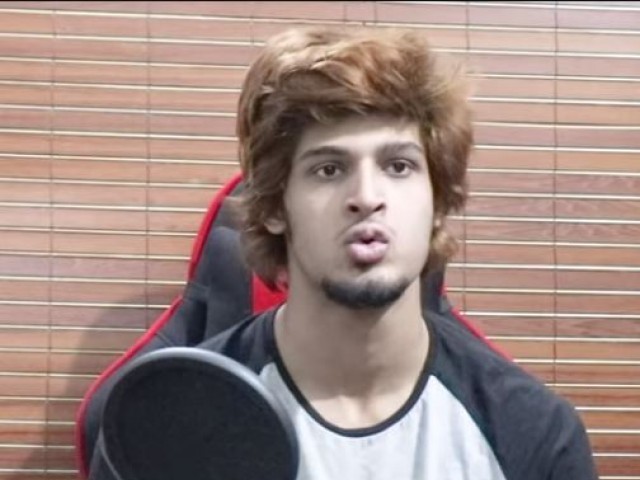 It appears that YouTuber Shahmeer Abbas Shah has landed himself in yet another controversy.

On Monday, a video of the influencer getting intimate with a female friend was leaked, inciting a wave of backlash on social media. But now, Shahmeer has finally broken his silence on the matter. In an Instagram story posted on Wednesday, the content creator firstly addressed rumours of him going through a mental breakdown after the video surfaced.

“I am making this video to assure those worried about my well being that I am fine. By God’s grace, I don’t take such things to heart. I am not that weak,” Shahmeer said.

He subsequently lashed out at the people sharing his video. “All those who are spreading this video and making memes out of it while hiding behind their screens, don’t you have any shame? Don’t you have mothers and sisters at you homes?” Shahmeer questioned, going on to cursing his enemies.

Additionally, the prankster announced that he will make a detailed video on the entire episode soon. “Once I reveal the reality, I can confidently say that you guys wont hate me but someone else. So wait for my video, which will be posted on YouTube soon,” he said.

Shahmeer also noted that he will apologise only to those he feels deserve it. He trashed all the reports relating to an apparent suicide. He concluded the video with a written message saying he will continue to make videos regardless of the hate.

Earlier this week, Shahmeer’s father, Farhat Abbas Shah released a video distancing himself from his son. He asked Shahmeer to seek forgiveness, pointing out that the real culprit in such cases is the one who records the video.

Farhat, an Urdu poet and martial artist, like his son, also carries out Pranks on Youtube under the moniker “Allama Prankster.”

Have some to add to the story? Share in the comments below.