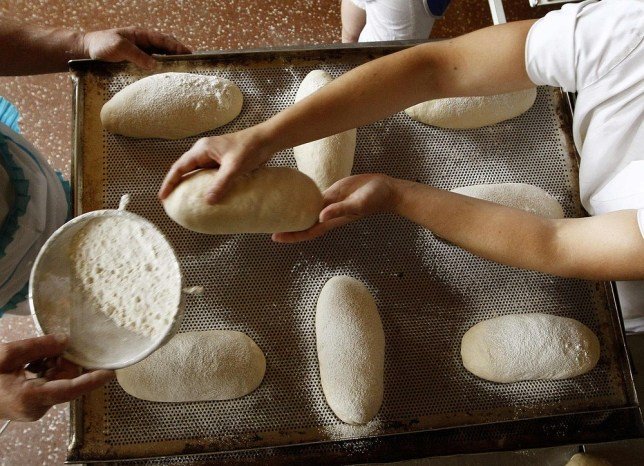 The Punjab Food Department (PFD), which as per official statistics manages 75% of wheat production of Pakistan, has seen four food secretaries from April 2019 to November 2019. The decision by Sindh and Khyber Pakhtunkhwa food departments not to procure wheat from farmers aggravated the situation.

The Punjab government appointed a food secretary who had been superseded multiple times due to various reasons and also handed over supervision of flour mills in Rawalpindi Division to an education department official due to pressure from one of the top public officeholders in the province, revealed sources in the provincial government.

“This situation at the Punjab Food Department provided an opportunity to manipulators and hoarders of the commodity to play their games,” said a source. Daily The News on Monday also blamed a former secretary general of the ruling PTI for the current situation.

In past the ten months, the wheat stocks rapidly reduced, standing currently at 4.2 million metric tons, which are not sufficient to meet more than two months’ needs, including 2.5 million tons held by Punjab.

However, no one is sure that 4.2 million tons stocks actually exist amid concerns that a significant portion of these stocks, including in Sindh, have either informally been given to flour millers or have been stolen.

The process of changing the food secretaries started in the middle of April last year –just at the peak of the wheat operation, when the Punjab chief minister showed the door to the then secretary Shaukat Ali.

Ali’s removal also derailed the implementation on a $300 million WB programme, forcing the Washington-based lender to lower its rating to moderately satisfactory in the last review.

“Shaukat Ali should have continued as secretary food Punjab, as he was transferred in the middle of the wheat procurement,” said a former top provincial bureaucrat who has also been recently posted out from the province.

An story appearing in The News in June last year stated that the Punjab Food Department had initiated an inquiry into alleged role of former director food and members of Pakistan Flour Mills Association in fake exports to Afghanistan.

The story further claimed that that many flour mills owners were acting as grain traders and minted huge money at the expense of national exchequer. The subsidised wheat was never processed by many flour mills; rather it was sold at higher rates in the open market.

An insider told The Express Tribune that Sadiq had started matching the data of electricity consumption by the mills with the wheat quota and came to the conclusion that mills were selling the wheat in the market.

Sadiq was shown the door in June 2019 and in his place the government appointed Zafar Nasrullah. CM Buzdar was very fond of Nasruallh, said a former top bureaucrat of the province. Nasrualll stayed as secretary food for five months and this was the time when the wheat stocks went down.

Nasrullah also could not keep an eye on growing wheat prices in local as well as Afghan markets. In November 2019, CM Buzdar again changed the food secretary and brought in Waqas Ali Mehmood.

The WB had also approved a $300 million loan as part of the government of Punjab’s five year $1.6 billion package to transform the agriculture and rural areas of the province.

One of the components of the loan was to bring transparency in Punjab wheat operations by shifting wheat stocks to private silos and to reduce the size of wheat procurements to end rent seeking.

However, in its latest report issued late last year, the World Bank lowered the rating of Punjab Agriculture and Rural Transformation programme from satisfactory to moderately satisfactory.

Both, progress towards achievement of development objectives and implantation ratings were cut to moderately satisfactory.

“Progress has been lagging with respect to wheat market reform where no disbursement has yet been made, matching grants fund and delivery performance ratio in irrigation,” said the WB report. “The Food Department has expressed reluctance to proceed with the agreed targets,” it noted.

Due to these issues, the disbursements during past two years stood at only $75 million as against the total loan amount of $300 million.

However, so far no meeting of the committee has taken place.

The WB has estimated the subsidies for wheat operations at over Rs50 billion and nearly 70% of the amount goes into the pocket of the banks on account of repayment of loans and interest that the provincial government takes to procure the commodity.