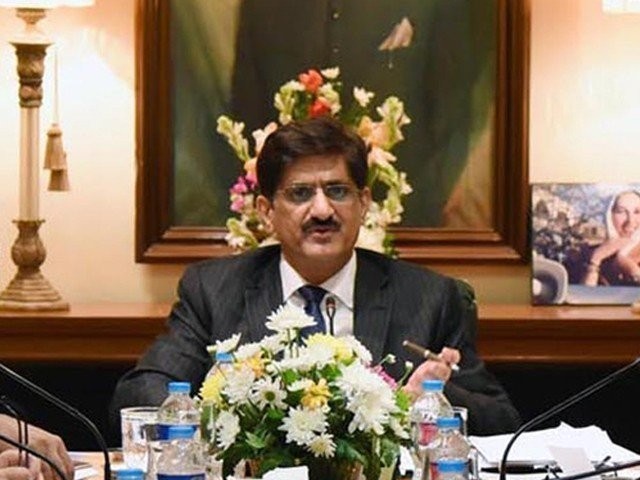 KARACHI: Sindh Chief Minister (CM) Syed Murad Ali Shah shared on Tuesday that an additional 260 million gallons of water per day (MGD) was available for Karachi but it couldn’t be supplied to the city’s residents “due to a lack of infrastructure and defective conveyance system.”

He was speaking at the inauguration ceremony of a new pumping station, having the capacity of supplying 100 MGD, at Dhabeji. The pumping station was inaugurated by Pakistan Peoples Party Chairperson Bilawal Bhutto Zardari who unveiled a plaque on the occasion.

Addressing the ceremony, the CM said, “At present, Karachi receives 450 MGD, to which another 50 MGD will be added after the new pumping station starts functioning.” This means that the city will now receive 500 MGD from Keenjhar Lake, he added. The CM further said that 100 MGD was being supplied to the metropolis from Hub, though acknowledging that line losses had soared to 30 MGD due to defects in canal lines.

He apprised the attendees of the ceremony that at a recently held meeting he had approved the renovation, reconstruction and revamp of the water canal extending from Hub to West District so that the city receives 100 MGD without any losses during the conveyance. “Hence, the Karachi Water and Sewerage Board (KWSB) will soon be able to ensure the supply of 600 MGD to the city,” he said.

Sharing details about the new pumping station, the CM said that its machinery and motors were imported from Germany.

“It comprises four pumping machines, each having a capacity to supply 25 MGD, which adds up to 100 MGD,” he elaborated.

The pumping station was initially constructed in 1959 under the first phase of Greater Karachi Bulk Water Supply scheme and was equipped with 1,400-hp motor pumps running in diesel and gas. Originally manufactured by a German company, the pumping station was running but multiple repairs over the past 60 years had resulted in a decrease in its efficiency and capacity. Hence, it has been replaced by a new one, aimed at supplying additional 50 MGD to Karachi.

Lauding Bilawal, the CM credited for the completion of various projects in “the third phase of development projects within a month.” Addressing him, CM Shah said, “[Recently], you inaugurated roads and underpasses in Karachi, twice in 15 days, and now, just after 14 days you are inaugurating this pumping station.”

He announced that the PPP chairperson would lay the first stone for another development scheme pertaining to the construction of Ghotki-Kashmore bridge over Indus River. “This will be the third bridge on Indus River, constructed by the provincial government of its own resources,” he said.

Casting aspersion on federal ministers, the CM alleged that they have been “unveiling plaques of projects already launched while some even broke the name plates of various projects.” Taking a jibe at federal ministers, he said, “If they are interested in inaugurating projects then they may come to Sindh. Here, we have completed many projects but do not have the time to inaugurate them.” Addressing them directly, the CM added, “We will give you the opportunity to inaugurate our projects, and, as a matter of fact, you have a habit of inaugurating schemes completed by previous governments.”

Speaking about the Council of Common Interests (CCI) meeting, the CM deplored that meeting was not called within a year’s period, as it should have been, and even when it was called, minutes of the meeting were not sent out timely. “Once sent out, they turn out to be a hotchpotch of details, resulting in a delay in the implementation of decisions taken during the CCI meeting,” he said.

“This is how things are, but even then, we will continue our struggle for the rights of the people of Sindh,” the CM pledged.