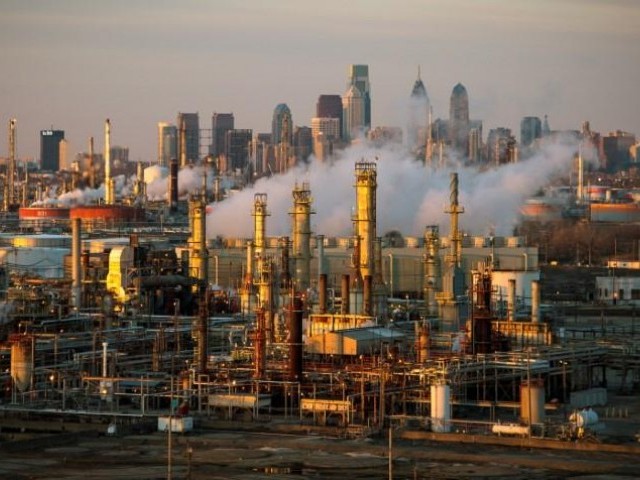 KARACHI: The outdated petroleum oil refineries, which have been facing the threat of shutdown, have sought government’s protection for the next five years as they plan to arrange huge finances running into billions of dollars to upgrade their plants by 2025.

All the five refineries in the country have requested the government to provide duty and tax relief and to continue to buy their obsolete product – furnace oil – at a support price for power production over the next five years, said an industry source.

A prominent refinery claimed that it had already prepared a feasibility study to upgrade its plant but it needed government support as well as time to arrange the required finances and deploy new technology to become a profitable business again.

“We are going to enter the market to check prices of different technologies (all around the world) and decide which of the technologies suits us,” Byco Petroleum Pakistan Commercial Vice President Fayaz Ahmad Khan told The Express Tribune.

He said the company was yet to estimate as to how much total financing was required to upgrade the refinery. He, however, was of the view that the entire industry – five refineries – would have to arrange financing of $3-5 billion, which is close to the International Monetary Fund’s (IMF) latest loan of $6 billion for Pakistan, for plant upgrade.

Byco is considering deploying technologies which can help it convert the outdated high sulphur furnace oil (HSFO) into products of high demand like petrol and diesel. It may also consider adopting technology to convert HSFO into low sulphur furnace oil (LSFO), which has been introduced recently in world markets after the United Nations’ International Maritime Organisation (IMO) slapped a ban on HSFO consumption.

The production of HSFO is a hurdle in the way of manufacturing co-products like petrol, diesel and jet fuel. The share of furnace oil in the refined products produced by processing crude oil stands at 30-40%.

He avoided sharing the timelines set for completing a market survey to check prices and said the company would later weigh options to arrange financing “from sponsors and banks”.

“We need at least 3-4 years to do all this…we are confident we will be an upgraded refinery by 2025,” Khan remarked.

In case the government failed to extend much-need support to the industry in these challenging times, no one would be able to save the refineries from complete shutdown, he cautioned.

Khan pointed out that Byco exported 25,000 tons of furnace oil on Tuesday. “The export was made on a trial basis,” he said.

“Our top priority is that … the government should lift furnace oil till the time we upgrade the plants. Export is the second option,” he said. An official of the Petroleum Division said the other day “after February 28, the government will not take any responsibility for furnace oil consumption and the companies (refineries) will deal with the matter by themselves.”

JS Global Research analyst Arsalan Ahmed said, “This (Byco upgrade plan) is a major breakthrough; it will encourage other refineries to take the tough challenge to get back to life.”

He said the technologies Byco was considering to deploy would be the latest and would turn it into a deep-conversion refinery.

A working committee, headed by Special Assistant to Prime Minister on Petroleum Nadeem Babar and comprising representatives of all refineries, has yet to decide the future of refineries. The committee has met twice to discuss the issues.