All this leads to one conclu­sion: to rise above petty politi­cs and focus on substa­ntial issues as a mature nation­
By Talat Masood
Published: January 22, 2020
Tweet Email 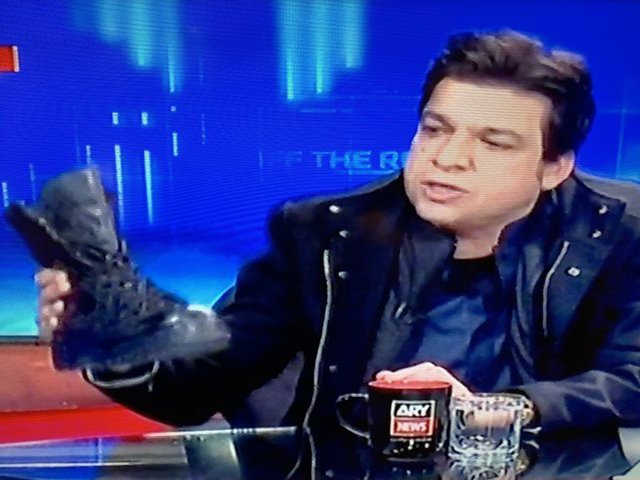 Faisal Vawda with the boot. SCREENGRAB

In the life of nations, mega events occur that have a transformational effect on the integrity of the state and have a major impact on the morale and the quality of life of its people. Pakistan had more than its share of such happenings as compared to countries that acquired independence at around the same time. We are all too familiar with the two major wars and two serious skirmishes that Pakistan had with India in the last seventy-two years. The separation of East Pakistan was a traumatic experience. The blowback of Pakistan’s involvement in the Afghan jihad and events following 9/11 were so intense that they still continue to reverberate. The legacy of these events is reflected in the physical presence of militant groups, albeit considerably reduced, and their warped ideologies.

Then there are certain incidents or actions of people or groups that may appear minor but are consequential as they mirror the overall state of society and the direction in which it is heading. They may serve for purposes of political point-scoring or as subjects for television talk-shows but demand serious introspection.

One such event was the recent placing of the soldiers boot on the table by the honourable minister. This could be viewed through different prisms depending on who is looking at it. It could be considered a single incident that spoke voluminously of the overall decadence of our society, the quality of leadership, the criteria by which political parties appoint ministers, their lopsided priorities and indulgence in frivolous discourse mixed with rancid humour. It is also a reflection of the present state of education and general norms of behaviour.

Furthermore, what was sad was that the minister apparently was showing his support and loyalty to the military! But it was too crude and controversial that it created just the opposite impact. There could have been so many more forceful and acceptable ways of conveying the same message.

A sympathetic and casual response would be to treat it as a quixotic event that keeps occurring on the national scene and brushed aside. But can a country that faces multiple challenges have the luxury of its ministers taking their ministerial responsibilities lightly. Are the people not entitled to ask what contribution certain ministers are making in their own area of responsibility apart from these gimmicks? Is mere contribution of funds to the political party the criteria of getting a ministerial position? Political parties do need substantial funding to publicise and promote their agenda during elections and to support the party infrastructure. There are different ways of funding the party. In the US, President Obama relied on small donations from his base supporters that added up to a substantial sum, sufficient for him to win the election. In this way the need to be obligated to moneyed politicians on the sole criteria of their wealth is not necessary. PM Imran Khan has been consistently very successful for obtaining donations during election campaign from small donors as well. Hence, the role and influence of moneyed politicians should be based primarily on their political standing and personal attributes. Fortunately, we also have rich politicians that are not scarred by any misdeeds and are above board.

A large cross-section of Imran Khan’s fans has high expectations from their leaders and look up to him. They are highly disillusioned when they witness inappropriate behaviour of government ministers and parliamentarians.

Democratic governance demands the focus of parliamentarians on economic, foreign and security policies and major aspects of governance. The inimical relationship between the PTI and major opposition parties has seriously undermined parliamentary functions and democratic governance. PM Khan and his party leadership have every right to criticise the opposition, and similar privilege of criticising the government rests with the opposition. But the criticism by government leaders is mostly centred on the person that degrades politics and the system as a whole in the eyes of public.

The present model in which the government is sharing political power with the military, rather than preferring to work with the opposition and keeping parliament ineffectual is certainly not in country’s interest. As the situation stands, there is hardly any hope of change in the power configuration in the near future. This has been a loss of face for the PTI government that had raised high national expectations when it got into power.

Compounding the problem are the spiraling prices due to increasing inflationary pressures that are hitting the citizenry. PM’s repeated assertions that better days are round the corner do not appease the public. As the PTI government is floundering, political allies are coming up with fresh demands and threatening to desert the coalition. Where would this lead to and what plan does the PTI leadership have to arrest this wave of unrest and pockets of dissent within the party?

If political uncertainty drags on, it would be even more difficult to revive the economy, creating greater hardship on the people. When governance has been weak and there is political uncertainty, historically the military and civil bureaucracy had assumed a major role. Already we are witnessing this growing trend both at the provincial and federal level. Will this help in arresting the downward trend is a big question mark.

There is a danger that India would take advantage of Pakistan’s vulnerabilities and further intensify military and political pressure. They have already stepped up pressure on the LoC and PM Imran Khan has been repeatedly warning of an imminent major attack from their side. PM Modi apparently believes that the best way to bleed Pakistan’s economy is to pursue a highly aggressive policy towards it. In this way he diverts attention from the reign of terror that its security forces are inflicting on innocent Kashmiris. It is also a tactic to sidetrack from the economic downturn that India is facing.

All this leads to one conclusion: to rise above petty politics and focus on substantial issues as a mature nation.