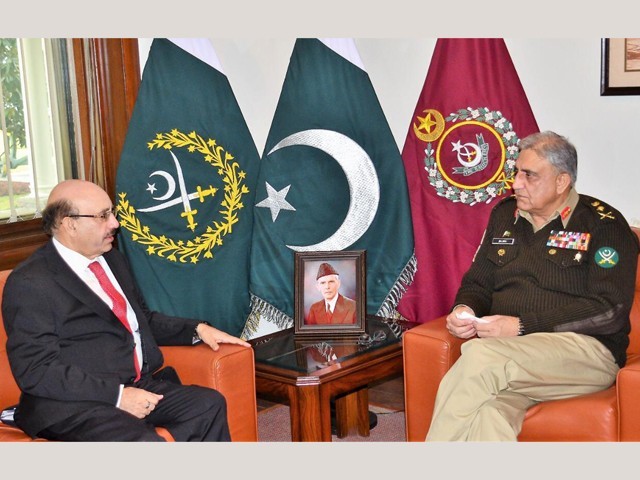 Chief of Army Staff (COAS) General Qamar Javed Bajwa met Azad Jammu and Kashmir (AJK) President Sardar Masood Khan at the General Headquarters in Rawalpindi on Tuesday and assured him of Pakistan Army’s full support and commitment to the Kashmir cause and its people.

During the meeting, matters of mutual interest particularly the prevailing situation along the Line of Control (LoC) and Indian Occupied Jammu and Kashmir (IOJ&K) were discussed, said a statement issued by the Inter-Services Public Relations (ISPR).

The COAS thanked Ambassador Pontecorvo for his services in Pakistan and acknowledged his contributions towards strengthening bilateral relations between the two countries, the media wing of Pakistan’s armed forces said in a statement.

The outgoing Italian envoy appreciated Pakistan’s role for ensuring peace and stability in the region.