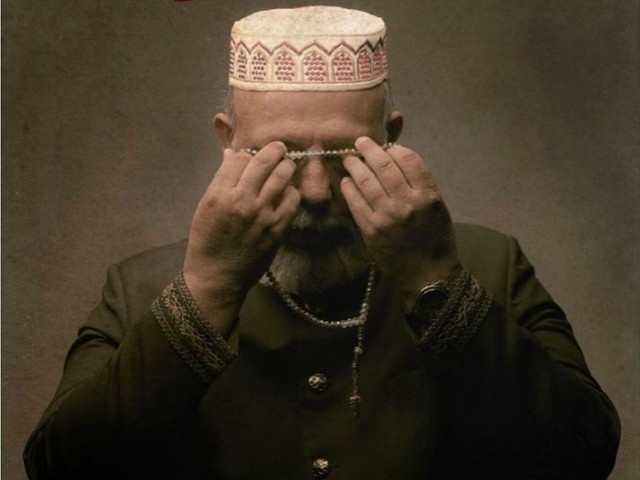 In a statement on Tuesday, PM’s aide of on information Firdous Ashiq Awan said the producers had been directed to postpone the film, adding that the government would immediately approach the Council of Islamic Ideology for its views over the film.

Sources also confirmed that the religious party had cancelled its protest against the film that was scheduled to be held Wednesday.

“Film will only be cleared if the members of the religious party and government officials approve of the content,” a source told The Express Tribune.

Following this, respective censor boards including the central and provincial have also been instructed to delay the certification process till February.

Earlier, Irfan Ali Khoosat had filed a petition in a Lahore court against TLP for attempting to ‘interfere in the smooth running, public screening and release’ of the upcoming film. 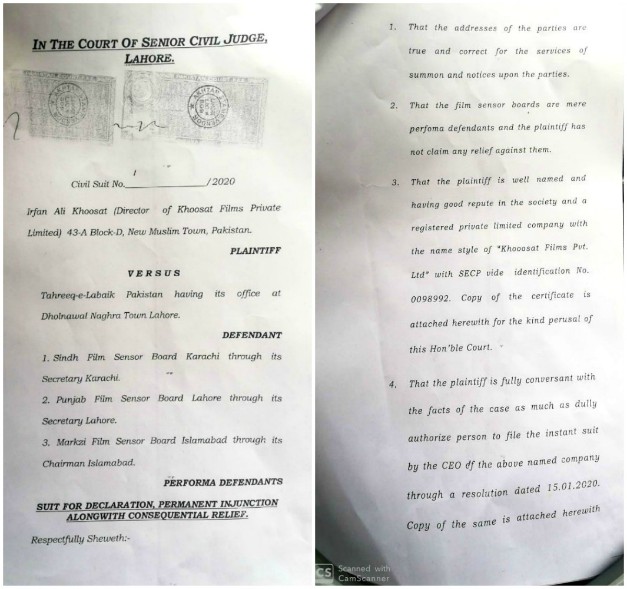 After recent threats, some of which the filmmaker also shared on his social media, the petition was filed seeking relief from the irrelevant pressure coming from parties having nothing to do with the release of the film.
The petition argues that the “concerned quarters have allowed the defendant to release his film, hence the defendant is not entitled to interfere in the smooth running affairs of release.”

Civil Judge Ziaur Rahman issued a notice to all respondents to appear before the court to present their arguments on January 22, 2020. 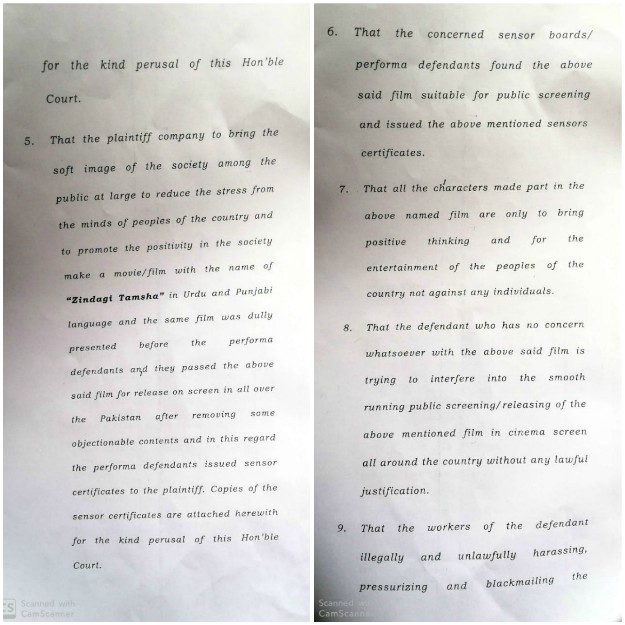 Irfan had specified in the petition that there is nothing objectionable in the film —which could damage the reputation of any religious party or group.

He explained that by releasing Zindagi Tamasha, Khoosat Films aims to “bring the soft image of the society among the public at large, to reduce the stress from the minds of peoples of the country and to promote the positivity in the society”. 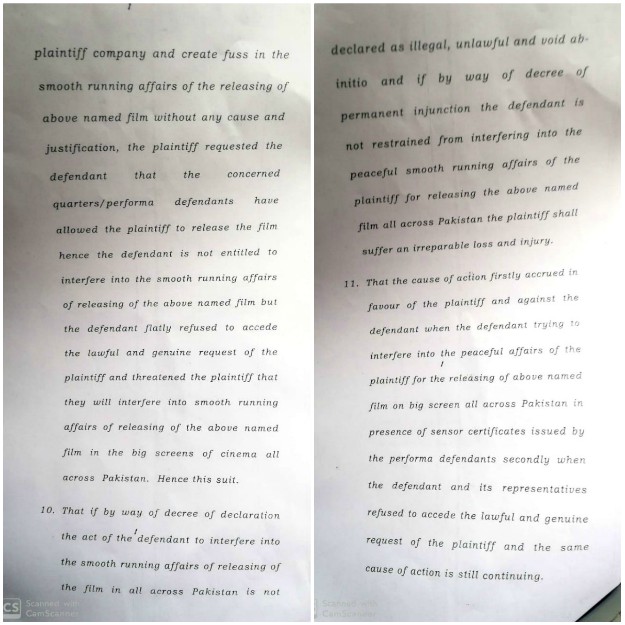 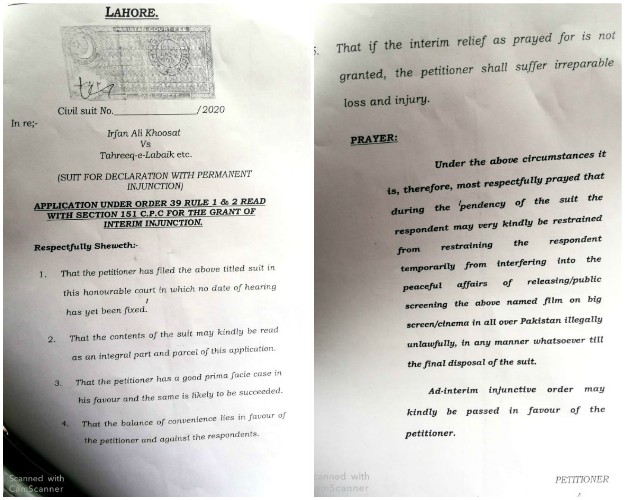 The petition was heard by the judge today, while Irfan also filed for an interim injunction from the court under Rules 1 (cases in which temporary injunction may be granted) and 2 (injunction to restrain repetition or continuance of breach) of Order 39 read with Section 151 of the Code of Civil Procedure. 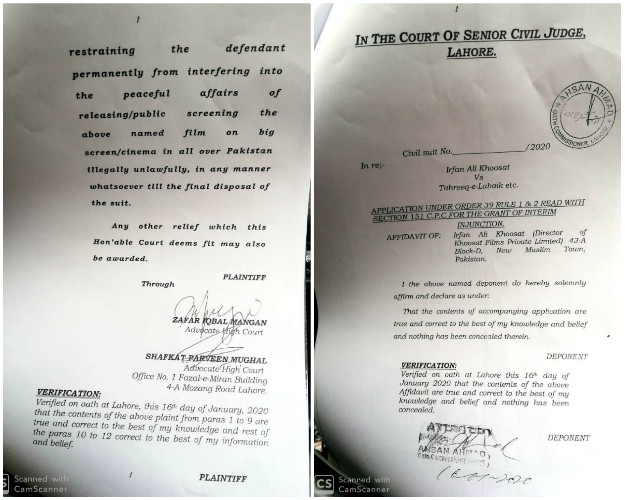 Sarmad Khoosat had earlier requested the prime minister to help him with the release of his film, following which he has brought the matter in court.

He had also cancelled the meet and greets supposed to be held in Karachi on Monday.