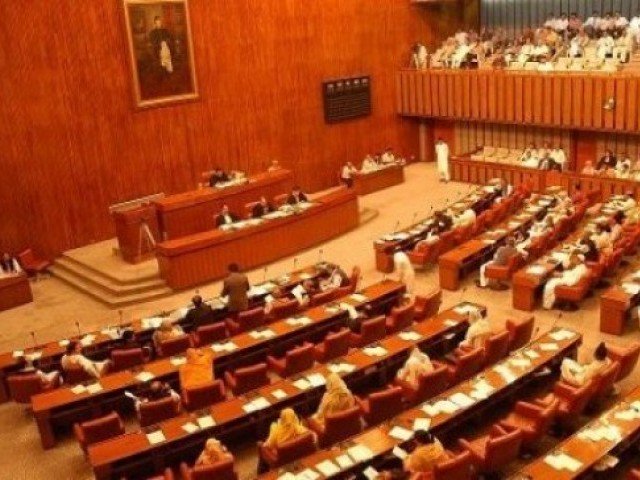 ISLAMABAD.: Senators from the opposition benches on Monday lambasted the government for the wheat shortage and rising prices of essential commodities in the country.

The Senate suspended its regular proceedings and took up the issue of flour crisis in the country ar the opposition’s request. The opposition lawmakers also staged a walkout from the session because of the absence of the minister concerned after delivering fiery speeches.

“People are cursing this government as the flour crisis has intensified. The price has reached Rs70 per kilogramme,” Raja Zafarul Haq told the house. “This is an artificial crisis, created first by allowing one person to export wheat, and then by allowing its import,” he added.

Sirajul Haq said that the crisis emerged because of the government’s inefficiency. “Pakistan is an agricultural economy,” he said, adding that the country was the eighth-largest wheat producing country in the world. “Despite this, the people of Pakistan are desperate for bread,” he lamented

The JI chief accused the government of burdening the masses with heavy taxes. “They [the government] even have increased tax on shrouds by 17% and increased the fee for issuance of death certificate to Rs1,300.”

Haq’s comments were echoed by Usman Kakar, who questioned who was responsible for the flour crisis. Kakar said that the prices of all essential commodities had increased by around 13-15% on average. “Naan [bread] was sold for Rs20 in Quetta, but now it is being sold for Rs40,” he said.

Javed Abbasi said that those speaking of flowing rivers of milk and honey, had compelled the masses to make a queue for flour.

Pervez Rashid said that government exported wheat at Rs29 per kilogramme, but those who shed their sweat to grow wheat were forced to buy flour at Rs70 per kilogramme. Senator Mushtaq Ahmad took swipe at Prime Minister Imran Khan, saying that he could offer “flour sachet”.

Senator Muhsin Aziz of the treasury benches admitted a crisis-like situation but stressed the transporters strike and closure of roads were also among the reasons for this crisis. He added that the government had categorically stated that the crisis would be over in two days.

Parliamentary Affairs Minister Azam Swati told the house that the PTI government inherited an economy “lying in the ICU”. He added that imports had declined by 21%.

The opposition lawmakers then staged walkout because the minister concerned was not present in the house to sum up the debate on flour crisis.