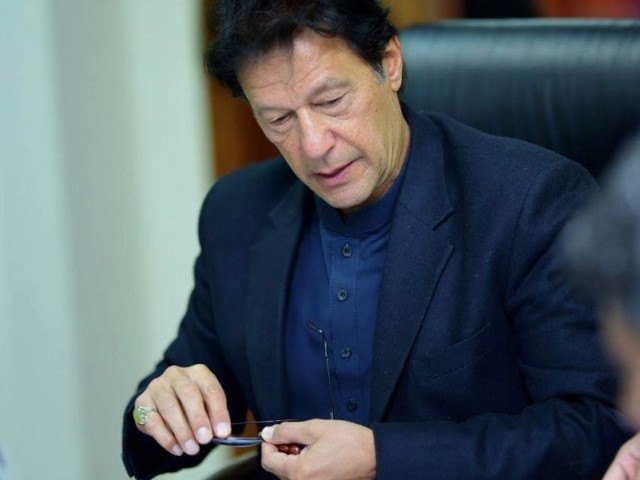 ISLAMABAD: Prime Minister Imran Khan on Monday urged the business community to pay their due taxes after his government last month fulfilled the promises made with traders by reducing tax rates and relaxing conditions to register as sales tax persons.

The premier spoke to the business community during two separate meetings – one held with traders and the second behind closed doors with the leadership of business chambers. The PM announced to waive registration fee for 100 small businesses – a move that will eradicate one barrier to entrance.

However, during the closed door meetings, the prime minister once again showed his government’s inability to provide any relief to the business persons and plainly said that his government was not in a position to immediately cut interest rates and reduce energy prices, a leading chamber president told The Express Tribune after the meeting.

The prime minister also could not give concrete assurances to the businessmen about timely payment of their sales tax refunds withheld by the Federal Board of Revenue (FBR). He instructed FBR Chairman Shabbar Zaidi to hold a meeting with the business community to resolve their issues.

Zaidi on Monday re-joined office after a 15-day medical leave. The chairman has not yet fully recovered from his illness.

The top most demands of the business leaders were reduction in the interest rates from 13.25% to single digit, reduce the energy prices, clear sales tax refunds and sort out the issue of skyrocketing inflation. Instead of reducing energy cost, the Pakistan Tehreek-e-Insaf (PTI) government is again set to increase gas prices.

Earlier, he also refused to accept the demands put forth by the Federation of Pakistan Chambers of Commerce and Industry owing to Pakistan’s obligations under the IMF programme.

Pakistan and the IMF will hold second review talks from February 3 for the release of the third loan tranche. The IMF will review the implementation on the $6 billion programme for October-December 2019 quarter of the fiscal year.

The government and the business community, including the trading class, have remained at odds over the official drive to broaden the tax base and reduce size of the informal economy through documentation.

In a bid to address the traders’ concerns, the government has not yet practically enforced the condition of provision of CNIC by retailers on purchase of 50,000 goods. Through a presidential ordinance issued last month, the government has cut the minimum income tax rate from 1.5% to 0.5% for traders having annual sales up to Rs100 million. These traders are also not required to act as withholding agents under the income tax law.

For registration as sales tax person, the threshold of annual electricity bill to qualify as a Tier-I retailer has been increased from Rs600,000 to Rs1.2 million, which has excluded hundreds of thousands retailers from the scope of registration.

On January 10, countrywide trader committees have been constituted and tasked with assisting in registration of non-filer traders, determining actual turnover of traders, and resolution of disputes in collaboration with FBR.

While addressing the traders, PM Imran on Monday stressed the need for the business community to contribute their bit to the country’s prosperity by paying their taxes.

He once again accused the past government for the all country’s economic ills, claiming that the last government lavishly spent public money while he was prudently using the taxpayers’ money.

The premier said that his expenses on foreign trips were 10 times less than what was spent by leaders before him.

He emphasised upon the need for increasing tax collection. He said that in the last fiscal year half of the amount collected in taxes was consumed in paying interest on loans acquired by the previous governments.

However, for this fiscal year, the PTI government has increased the budgetary allocations for debt servicing by one-third to Rs3.1 trillion – the highest in Pakistan’s history.