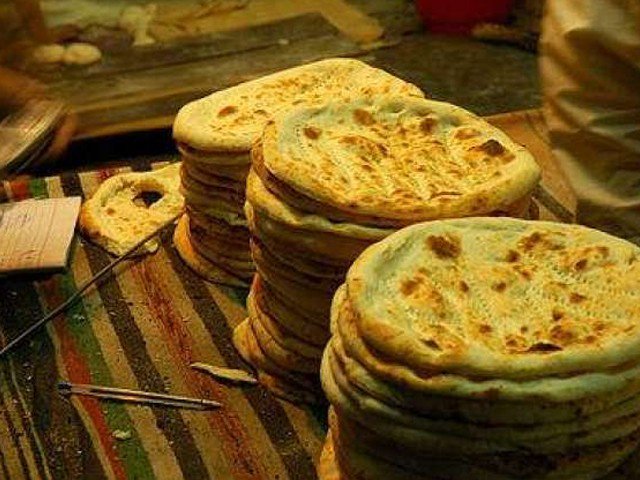 PESHAWAR: Residents of the province had to turn to alternatives on Monday as bread ovens (tandoors) across the province remained shut with naanbais striking over rising prices of flour.

The strike came as talks between the provincial government and the Peshawar Nanbai Association had failed late on Sunday.

The association, in a statement on Sunday, had warned the government that it will stage a strike on Monday unless the government implements an upwardly revised price for naan in the wake of skyrocketing prices of flour owing to a shortage.

Openly declaring that they could not follow the current official price list for flatbread, naanbais said that representatives of the association and the Khyber-Pakhtunkhwa (K-P) Food Minister Qalandar Lodhi had agreed on selling naan weighing 170 grammes for Rs15 and of 115 grammes for Rs10. But neither the district administration nor the provincial government issued any notification in this regard.

Meanwhile, Peshawar Deputy Commissioner Ali Asghar had said on Sunday that no revision in the rates of flatbread had been agreed in the meeting as demanded by naanbais. Instead, the deputy commissioner said, the provincial government had offered the provision of wheat flour at subsidised rates.

Meanwhile, the Khyber-Pakhtunkhwa (K-P) Infor­mation Minister Shaukat Yousafzai rejected the demand of the naanbais association for increasing the price of naan. He said their government will not issue such a notification.

The provincial information minister termed the strike called by the Naanbais association uncalled for. In a statement, Yousafzai further said that the provincial government was providing flour on subsidised rates and have already issued directives in this regard.

Yousafzai said that the naanbais were taking advantage of the situation. The government would not capitulate to the tactics by Naanbais, he warned.

Sources told The Express Tribune that the provincial government has launched a crackdown and arrested several leaders of the association. The crackdown against hoarders was also initiated but no information about it has been made public yet, sources said.

Earlier, the provincial food department had also launched a crackdown against the leaders of the different naanbai associations across the province to foil their protest call.