KDDP will be funded from royalt­y funds of the oil and gas, govt will provid­e 20% funds from ADP
By ​ Our Correspondent
Published: January 21, 2020
Tweet Email 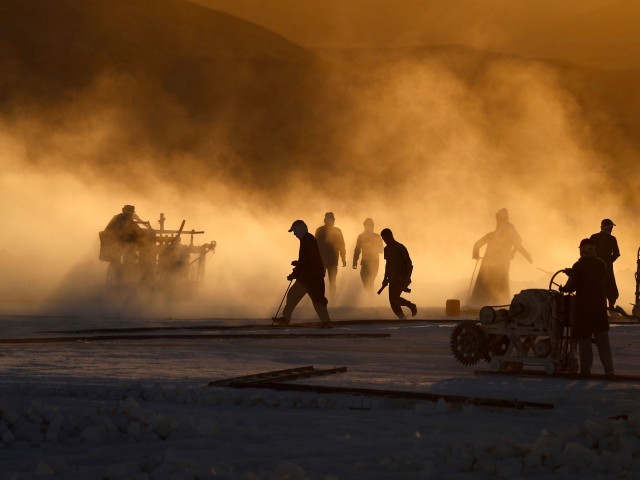 PESHAWAR: The provincial government on Monday said that as much as Rs15 billion will be spent on developing infrastructure, reducing poverty and bolstering the agriculture, livestock and forestry sectors under the Kohat Division Development Project (KDDP).

This was announced by Khyber-Pakhtunkhwa (K-P) Chief Minister Mahmood Khan on Monday while presiding over a meeting regarding the KDDP at the Chief Minister House in Peshawar.

Mahmood directed the relevant authorities to devise a plan by February 10 in this regard and list the priority schemes after consulting elected representatives of the area for final approval.

The KDDP is expected to cover some 673 villages in Kohat, Hangu and Karak districts where an estimated Rs9.7 billion will be spent on infrastructure development, Rs4 billion on poverty reduction, and Rs0.9 billion on developing agriculture, livestock and forestry sectors.

The project is expected to be formally launched next month for which the chief minister has directed to conduct a comprehensive study of the Annual Development Programme (ADP) and other developmental projects earmarked for the area to avoid duplication of schemes.

The project will be funded from the royalties earned by the division from oil and gas production there. Moreover, the provincial government will contribute 20% of the requisite funds from the ADP to ensure equal development of those tehsils in the division which do not produce oil and gas.

The chief minister was told that some 147,000 households will directly benefit from the plan.

He was informed that the initiatives which will be undertaken in the area include the construction of seven small dams in Karak, a small dam in Hangu, rehabilitation of eight existing irrigation schemes, opening of 39 closed water supply schemes, rehabilitation of 100 kilometres of rural roads, provision of infrastructure facilities.