The case of civilian supremacy

The case of civilian supremacy

The two comman­ders were no wimps either but there wasn’t a hint of a wince. Civili­an suprem­acy ruled
By Shahzad Chaudhry
Published: January 19, 2020
Tweet Email 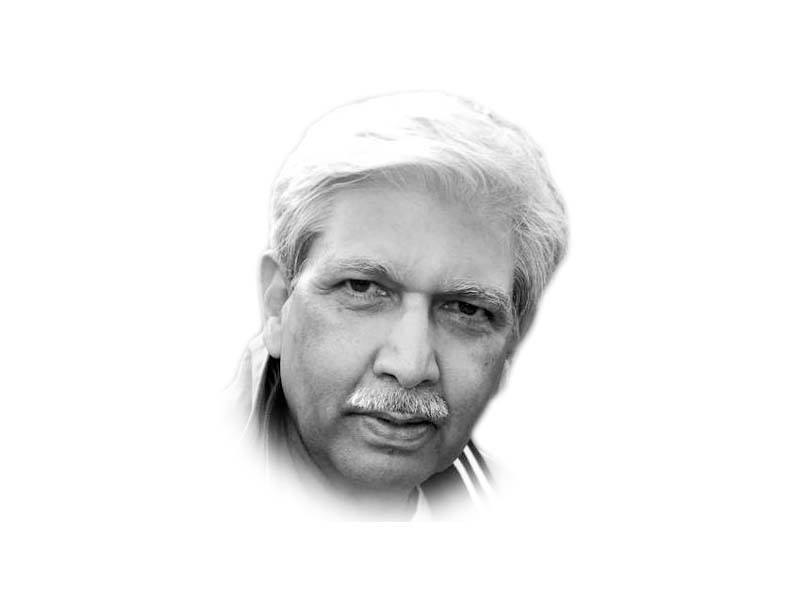 The writer is a former air force officer and a diplomat who now pursues his interests in political and security studies. He can be reached at: shhzdchdhry@yahoo.com and tweets @ shazchy09

When ZAB was the President he invited the army and the air force commanders-in-chief to his office, handed them over to a waiting Mustafa Khar asking him to ride the two to Lahore. It was March 1972. On the way, the two — still in uniform as they were being taken away — were informed by Governor Khar that they were no longer the commanders-in-chief and stood removed by Bhutto. New chiefs were installed soon after. No issues. The two stood retired, got on with their lives and now are in their heavenly abode. This was right after an over thirteen-year long period of military rule when the military wasn’t any less assured of itself despite the debacle of 1971.

The two commanders were no wimps either but there wasn’t a hint of a wince. Civilian supremacy ruled. ZAB took the commander-in-chief system away from the military and instead instituted the more cooperative and consensual chief of staff system, to not only infuse better coordination but also to take the direct control of the troops away from the commanders-in-chief. Now the President was the supreme commander and the chiefs were appointed by him after due consultation with the prime minister. It more or less replicated the chief of staff system in the US military. It continues to this day despite having been through two martial laws with powers to alter the constitution reposed in the person of the two army chiefs by their respective parliaments and supreme courts.

Neither restored direct powers of the military chiefs. When the change happened under ZAB, many in the military understood the real purpose behind it but took it in their stride. Civilians were still supreme. Then many years later, in 1998, when Nawaz Sharif — no match to ZAB, but even him — felt that the army chief Jahangir Karamat had stepped out of line when he spoke in an academic setting of the need for a national security council to better coordinate issues between the military and the government and to coordinate policy, he was asked to resign. He did without batting an eye. There hasn’t been a general more committed to democracy and its need for the country than Jahangir Karamat, but he had to go and he went. And then the Sharifs got Musharraf. Junejo under Zia in a martial law setting bridled the generals to an austere existence and curtailed their perks. It was followed to a tee.

It only changed after the martial law was over in 1988. In each of the cases when chiefs are appointed by supreme civilians they pick from among the top few, the one they think will serve them best. Not always necessarily the best for the army or other services but who seems best to their purpose. The military never gets to choose its own commanders, and rightly so; the discretion is of the prime minister. And yet the civilian leadership must doubt its own supremacy? Most times when a chief is chosen there will emerge stories on each of the hopefuls which will rise up the grapevine bringing to disrepute those under consideration.

By the time one takes over, the dice is already loaded against the ‘process’ and the implications arising out of deliberate leaks. “The fault, dear Brutus, is not in our stars; but in ourselves, that we are the underlings.” ZAB wasn’t an underling and as long as he was in power he held sway over everything else. There’s a lesson in there for those who incessantly pine for civilian supremacy without much introspection. Bhutto did not need the reassurance of his position, power or supremacy.

He was a different man; knowledgeable, educated, informed and imbued with ways of the world, governance and the systems of government; confident, assured and with a clear vision of how and why he wanted things done his way. He didn’t need the bureaucracy to guide him, he guided them instead to what he wanted done by them. He wasn’t corrupt, nor compromised and thus always had the moral courage on his side. With these strengths he overshadowed others, even the mighty military.

Anyone with these credentials doesn’t need to seek supremacy ordained in the books or notions. It is inherent in his wisdom and purpose. Anyone with those attributes will enthuse supremacy. Anyone lesser will need help; that is when supremacy stands compromised.

ZAB was stabbed in the back by his fellow politicians. Zia intervened at their behest after the PNA had brought ZAB’s government to a halt. Once in, the army doesn’t know the way out and soon magicians of law and the politics will show them the way to stay a bit longer. That doesn’t take away the malice of military take-overs, neither justifies the act, except contextualise to form the full picture. Partial invocation of history is as malicious and selfserving as is any act that falls foul of the logic of democracy and rule of law.

Lies fragment and insidious shielding of those only perpetuate the rot. Musharraf’s take-over was a consequence of a tussle between two people which made it graver and aberrational.

Both were at fault; one by usurping supremacy, the other by quixotic imposition of it. The treason case against Musharraf was rooted in such personalised animosity.

It was a weak case motivated by vengeance for the man. Constitutional altruism was only a sham. It wasn’t a surprise that it got thrown out. Musharraf was at fault on 12 October, 1999 but wasn’t arraigned for it. Instead the entire politico-legal system condoned his act. Such are the distortions. Defending distorted justice is as repulsive as usurping power from an elected government. When the two mainstream political parties were ridiculed for voting the extension of the incumbent army chief — allegedly damaging the ‘movement’ for civilian supremacy — the PML-N was questioned for ‘not standing up to the military’.

To conflate ‘democracy’ with ‘standing up to the military’ is insidious. One stands up to enemy’s military, not your own. If in its third iteration after 2008, there is still a doubt on democracy’s efficacy, it may help to introspect. Merely blaming and maligning the military neither makes democracy credible nor efficacious. Superior democracy alone will ensue civilian supremacy.

Crying wolf does not. Pakistan is in the midst of existential challenges. When a part of the ruling system is found inadequate others will fill in. Pakistan’s sustenance as a state and a nation, and its sociopolitical ethos, defined in its democratic structures, remains a common cause.

That is when cooperative institutional harmony and an effective decision cycle will help retain the integrity of what keeps us buoyant. More effective and efficient the democratic structures, more weight will they carry. ZAB led by the force of his caliber and personality; others can do it by making democracy functional and deliver what it is meant to winning it greater credibility. Civilian supremacy resides in a superior democracy. We’ve got to discern how to do make democracy perform better and it is not in ‘taking the military on’.

Boot on the table