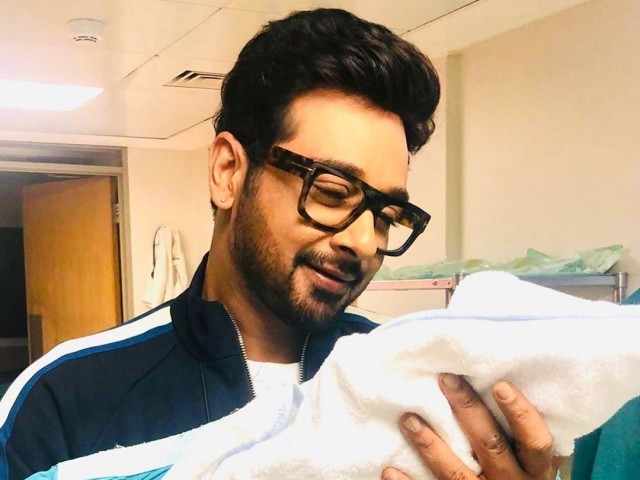 Actor Faisal Quraishi on Saturday announced that he has been blessed with a baby boy with his wife Sana.

Taking to Instagram, the TV host wrote, “Welcome master Farmaan Quraishi aka #FQ and need your prayers and love he is new in the world.”

He also shared a picture of the newborn on the social media platform, where thousands of people liked the post within the first half an hour.

Faisal and Sana have been married since 2010 and share a daughter named Aayat together, who celebrated her birthday last month. Aayat has appeared alongside her father in shows, winning many hearts with her cute reactions.

With more than 20 years in the industry, Quraishi has become one of the most sought after actors in the industry. Making it big in the ’90s, Quraishi continued to win many hearts with intriguing characters in stories like Meri Zaat Zarra-e-Baynishaan,  Main Abdul Qadir hoon and Bashar-e-Momin. Qureshi has over the years offered many ranges from comedy to hosting.

The star is currently working on his upcoming film Sorry: A Love Story which will mark his comeback on the big screen.