The two royals were born almost a centur­y apart yet their decisi­on to marry Americ­an divorc­ees is what binds them
By Social Desk
Published: January 19, 2020
Tweet Email 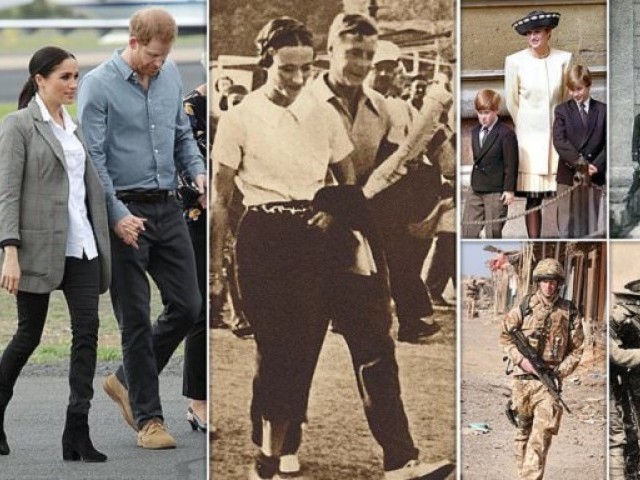 The two royals were born almost a century apart yet their decision to marry American divorcees is what binds them .PHOTO: MAIL ONLINE

At first glance, Prince Harry might bear little comparison with his great-great-uncle Edward VIII – the Duke of Windsor, as he became.

Harry is known as a bearded warrior who wears his heart on his sleeve and campaigns for wounded servicemen.

Edward is mostly remembered as the petulant Windsor who threw away the Crown.

The two men were born almost a century apart and into very different worlds.

Yet it is not just their decision to marry American divorcees that the two men share.

For as history – and these pictures – show, the Dukes of Sussex and Windsor have a good deal more in common than you might think. 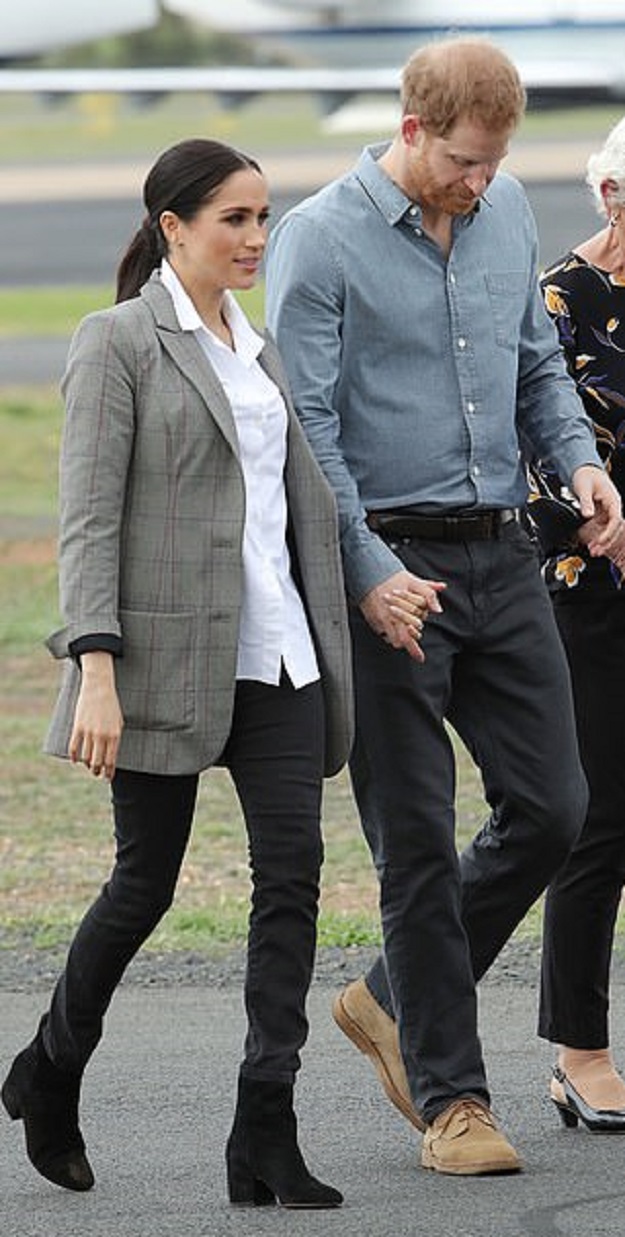 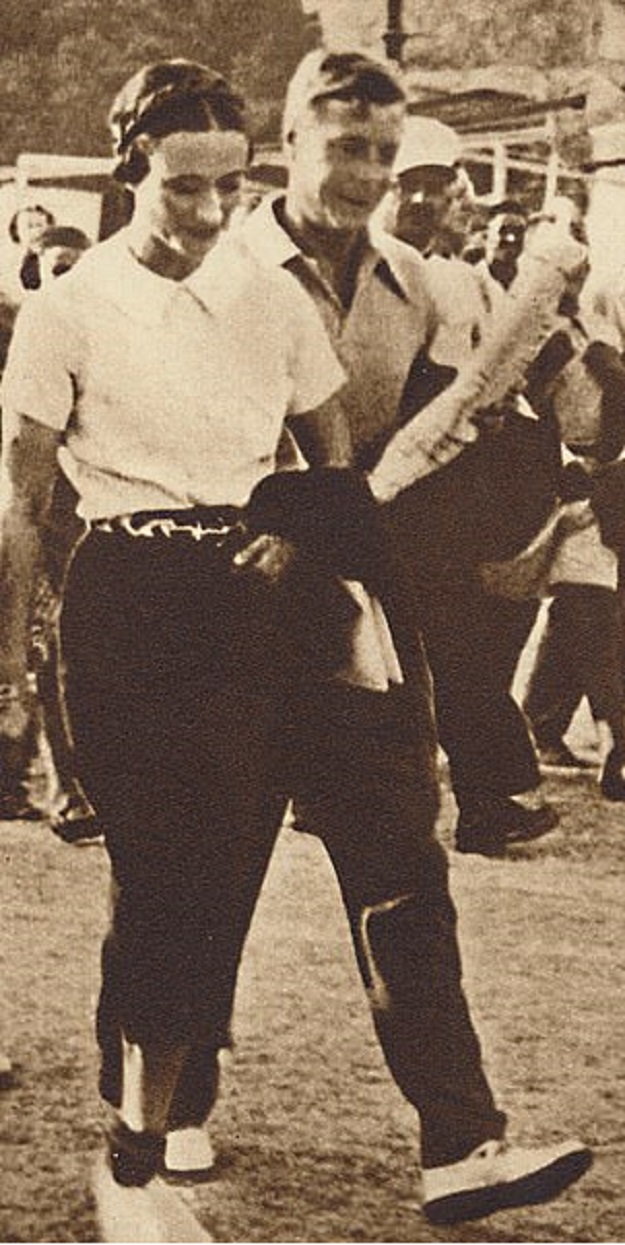 Harry’s mischievous streak has been clear from the very start.

Aged 16, he was caught smoking cannabis and drinking while under age at the Rattlebone Inn at Sherston, a village just a few miles from his father’s home at Highgrove in Gloucestershire.

Ten years later, the young Prince was memorably photographed at a drink-fuelled party in Las Vegas.

Between these episodes, he enjoyed years of rollicking London nightlife, running up bar bills for hundreds and, occasionally, thousands of pounds. Edward, too, was a dedicated partygoer. 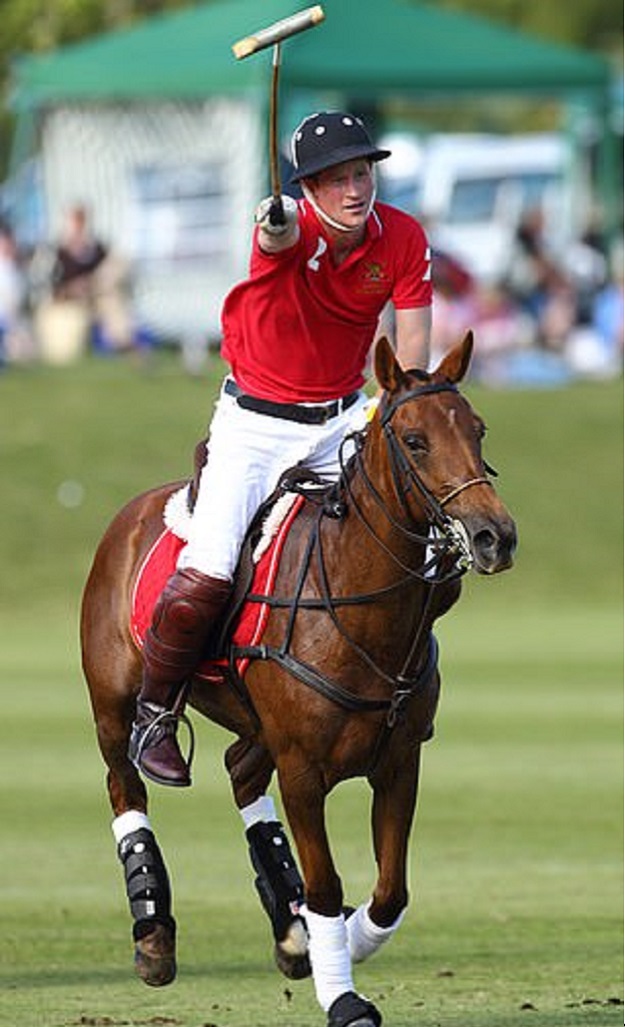 The toast of the West End, the future king was a regular at the Embassy Club in Bond Street, Ciros, the Cafe de Paris and the Ritz.

Aged 20 he once complained he’d had only had eight hours sleep in the previous 72 hours. 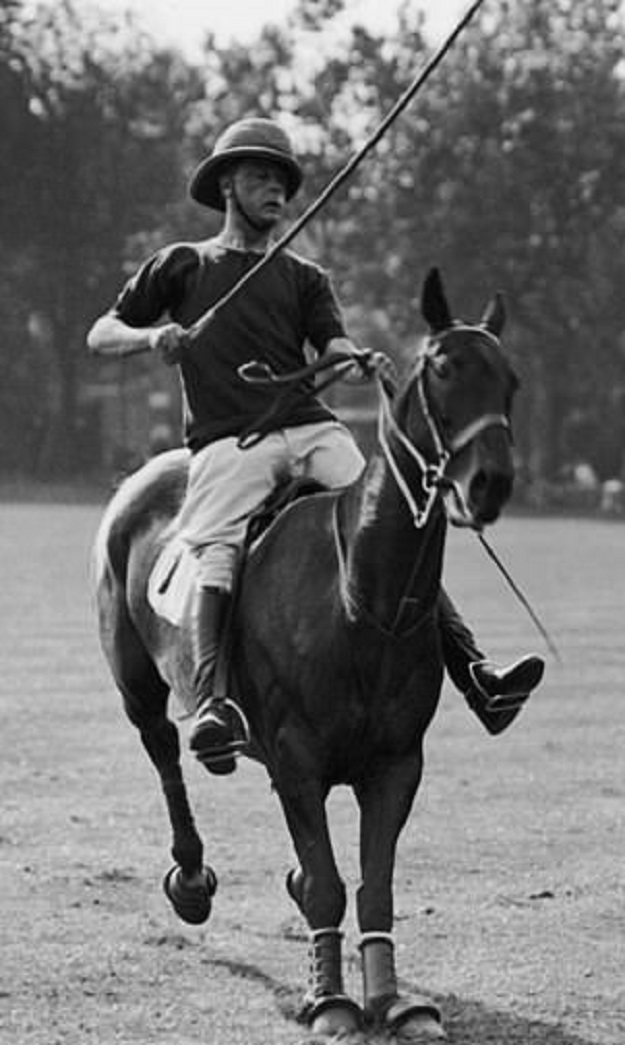 Edward chain-smoked in front of his mother, telling her he wanted to live as ‘a modern man’, while his outlandish dress sense – his top hat habitually tilted at a rakish angle –prompted his father George V to explode: ‘You dress like a cad. You act like a cad. Get out!’

Prince Harry relished life in the British Army and said that his postings in Afghanistan gave him freedom from the restrictions of royal life.

One of his greatest achievements was to found the Invictus Games for sick or injured men and women from the forces.

Edward, too, was keen on military life and, like Harry, longed to spend more time on active service than the authorities allowed.

Edward had been 20 when the First World War started in August 1914. Desperate to join up, he was frustrated to be stationed at General HQ some 30 miles from the front line. There was only the occasional blast of heavy gunfire.

He particularly enjoyed his contact with soldiers from all classes and spent the next two decades lobbying for better conditions for ex-servicemen.

Prince Harry was twice deployed on active duty and received an Operational Service Medal from his aunt, Princess Anne.

Edward, somewhat generously, was awarded a Military Cross, and wrote: ‘I can’t say I feel I have earned the MC at all!’

The lure of America

Harry fell in love with America on a 2013 tour, when he attended a White House reception with the Obamas and took part in a charity polo match.

He also learned about the American Warrior Games on that visit – an experience that inspired the Invictus Games. 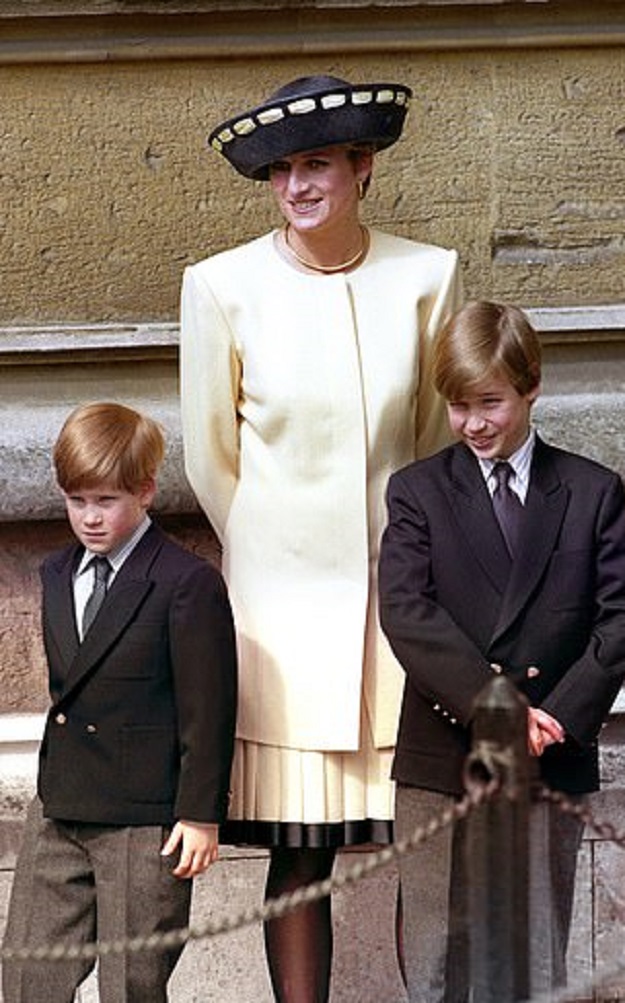 Now Harry and Meghan have decided to base themselves in North America for the majority of their time – many believe permanently.

Edward was equally smitten with America, if not more so, and welcomed the fun-loving attitude of the people he met.

‘I knew this was the place for me,’ he wrote after his first visit.

After the First World War, he spent three months there thanking Allied and Dominion troops for their help. 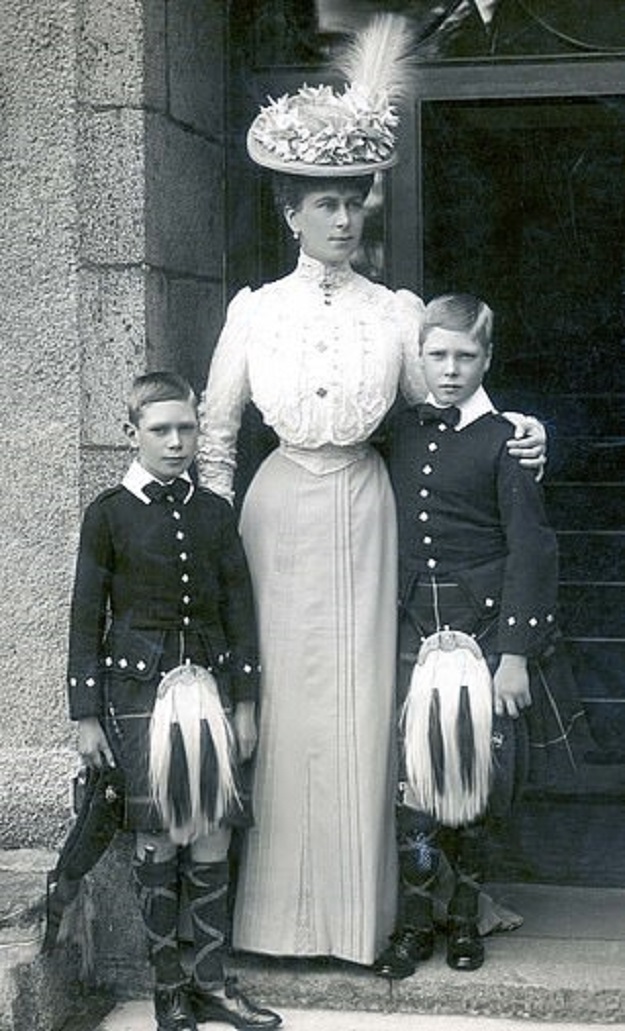 He shook hands so many times that his right hand became blackened and swollen. At one stage it was feared he might never be able to use it again.

In 1919, Edward bought the 4,000-acre EP ranch in Calgary, in the Canadian state of Alberta. It was the only property he ever owned.

Thrill of the chase

Harry is a keen sportsman, hunts alongside Prince Charles each winter and follows him to the polo field every summer.

At Eton, he played rugby and cricket, and even enjoyed the fearsome Wall Game, a difficult- to-explain muddy scrummage against a high red-brick wall.

Edward was much more of a sportsman than might be imagined. He loved golf, while riding, hunting and polo were regular pastimes.

His life in the saddle was curtailed in 1924 when he fell in a point-to-point race and was concussed. Questions were raised in Parliament and he closed his stables.

The apparent rift between Harry and William is one of the saddest aspects of the current crisis, although few doubt the strength of their underlying bond. 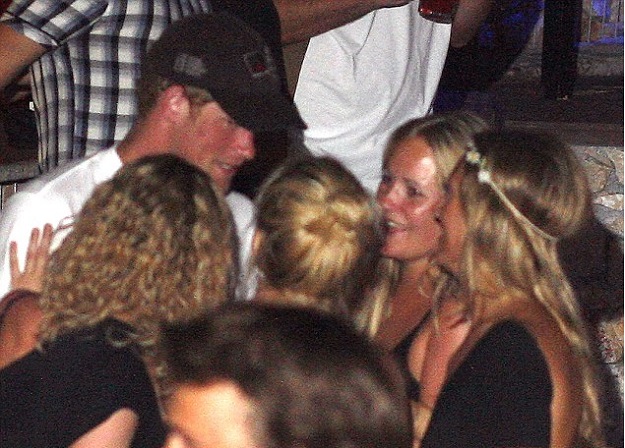 Edward, too, was close to his family. One of five boys, he spent many happy hours in the company of his brother Bertie – later George VI – his sister-in-law Elizabeth and their daughters Elizabeth and Margaret. He was the present Queen’s favourite uncle. 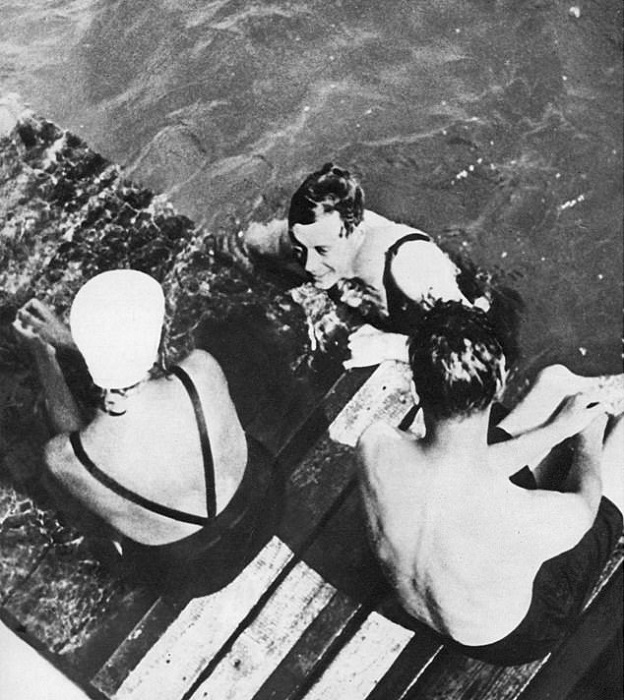 But after Edward’s abdication, there was to be no forgiveness from his brother – only exile.

Five years after the death of Diana, the then 18-year-old declared that ‘she had more guts than anybody else. I want to carry on the things that she didn’t quite finish.’

More recently, he has revealed how traumatic he found her loss.

Edward’s relationship with his mother was typical of the late Victorian years: the future Queen Mary was emotionally trussed up, just like her well-corsetted figure.

The Prince seems to have craved affection from his mother, however, and she proved to have a considerable influence on him.

Some suggest it might explain Edward’s predilection for the pursuit of married – and technically unavailable – women, including Wallis Simpson. In exile, Edward hung a portrait of his mother in his home.

In marrying an American divorcee, Harry has drawn inevitable comparisons with Edward.

Meghan had previously been married to American film director and talent agent Trevor Engelson, who gave the struggling actress a wealth of contacts which would eventually help her land a rule in the American legal drama Suits. The two married in 2011 but divorced two years later.

Wallis captured Edward’s heart thanks to her confidence, wit and her willingness to treat him with polite disdain which, according to his official biographer, made him ‘slavishly dependent’ on her.

Her second husband was Ernest Simpson, an Anglo-American shipping executive who gave Wallis the financial security she had lacked in childhood – and who obligingly escorted her to her early meetings with Edward.

Meanwhile, Wallis raised eyebrows when she instructed the Balmoral kitchen staff to make a triple-decker toasted sandwich for ‘after the movies’.

The Duke and Duchess of Sussex say they want freedom from the stuffy constraints of Royal life. And now it seems they have effectively emigrated to Canada.

Yet the 35-year exile of Edward and Wallis is a clear warning that life outside the stifling limitations of Palace walls is harder than it might seem.

The Duke and Duchess of Windsor – as Edward and Wallis would become after his abdication – had fully expected to return to live in Britain following their marriage.

Urged on by his wife and mother, however, George VI would not sanction it and the Windsors were forced to remain abroad.

Significantly, their controversial 1937 wedding in France was boycotted by the Royal Family, whereas Harry and Meghan’s wedding in 2018 had a full Royal turnout and was watched by an audience of 1.9 billion.

The Royal Family of the 1930s refused to offer the Windsors a meaningful job, limiting Edward to the Governor-Generalship of the Bahama Islands.

This, socially speaking, might as well have been Siberia.

Money was a constant concern and maintaining a Royal home with staff, security and other outgoings would eventually drain the Windsor purse.

Edward and Wallis resorted to publishing memoirs, a course of action that was dreaded by the Royal Family as much then as it is now.

The dilemmas faced by the Sussexes and the Windsors are strikingly similar.

In what some saw as a petty snub, King George refused to allow Wallis to be styled HRH the Duchess of Windsor and urged diplomats in the countries visited by the Windsors to avoid bowing or curtseying to her.

Today’s Royal Family has been at pains to avoid causing offence or seeming to punish Harry and Meghan, which might explain last night’s deal under which they have been allowed to keep their HRH titles – on condition they do not use them.

But there could be future conflicts between the Family and the couple over the commercial activities that Harry and Meghan seem keen to pursue.

Like the Windsors, Harry and Meghan are eager to secure an independent income but it is difficult to see how that can be done without seeming to capitalise on their status.

Life will inevitably change for the Sussexes. Harry, for example, will find himself surrounded by Meghan’s American and Canadian associates. In post-war Paris, it was mostly Wallis’s friends who bothered to visit the Windsors.

When Prince Charles made a private visit to see his great-uncle and aunt in 1971, he wrote that ‘the Duchess appeared from among a host of the most dreadful American guests I have ever seen’.

When asked by his great-nephew if he would like to spend his remaining years in his homeland, Edward replied ruefully that there would be no point as no one would recognise him and most of his contemporaries were dead.

As Charles recalled: ‘The whole thing seemed so tragic – the existence, the people and the atmosphere – that I was relieved to escape it.’

The Duke died eight months after Charles’s visit, on May 28, 1972. He was buried in the grounds of the Royal Mausoleum at Windsor, where he was joined 14 years later by Wallis.

They lie together just 100 yards away from Harry and Meghan’s home, Frogmore Cottage.

After the funeral of the Duchess, her friend, Lady Diana Cooper, asked: ‘What man ever gave up so much for one woman?’

Not that Wallis and Edward would acknowledge it.

For 35 years they used television interviews and syndicated newspaper articles to maintain that Edward’s abdication had been very much the right thing to do.

Occasionally, the sad look in the Duke’s eyes told another story.