Peshawar BRT to be launched this year: Bangash

Peshawar BRT to be launched this year: Bangash 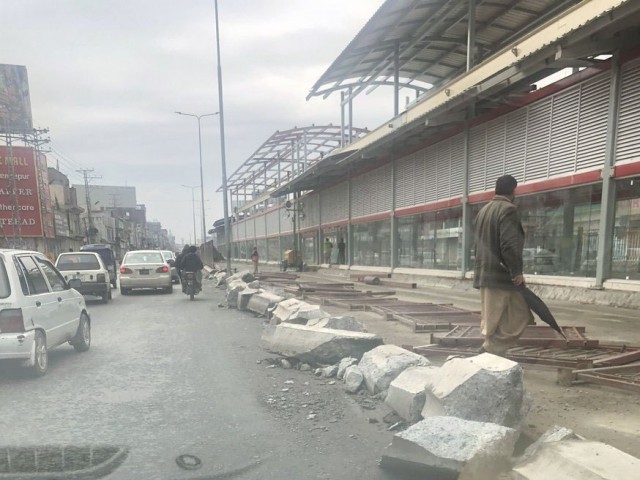 PESHAWAR: Having already missed several deadlines, the provincial government on Saturday said the multi-billion Peshawar’s Bus Rapid Transit (BRT) project would be completed by this year.

Speaking to media, Bangash claimed that the Reach-1 of the project has been completed. He said Prime Minister Imran Khan will soon announce a date for inaugurating the project’s Reach-1.

“Opponents of the government are doing propaganda against the BRT project at every level, but I assure you that not a single penny has been taken as kickback in the project,” the provincial lawmaker said. The special assistant declared that the project was at par with international standards.

He said he would never announce the opening of an incomplete project to spoil its utilities. He claimed that best quality material has been used in the project. Despite several probes into the project, no corruption has been proved, he added.

The Reach-1 section of the BRT is 7.8 kilometer long with eight bus stations, three under passes.

Launched in October 2017, the bus-based mass transit project was supposed to complete before the July 2018 general election.

FK-P former chief minister during PTI’s previous tenure, Pervez Khattak had pledged to complete the ambitious project in six months. The BRT project has become an irritant for the government and source of criticism for the opposition.

According to the Project Concept-I (PC-I) of the project, April 2021 was clearly mentioned as the deadline for its completion. However, the previous and present chief ministers both stuck to their pledge of completing the project.