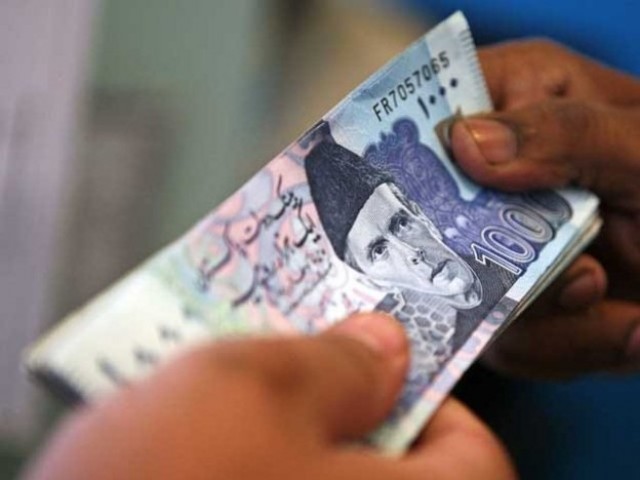 ISLAMABAD: Pakistan’s foreign debt sustainability indicators have worsened significantly with external debt peaking at 159% of total reserves at the end of last fiscal year but domestic debt indicators have improved due to the conversion of short-term borrowing into long-term debt.

Foreign exchange-related risks elevated in fiscal year 2018-19 that ended in June last year, according to the new Public Debt Management Risk Report that the Ministry of Finance released on Saturday – six months after the end of the fiscal year. 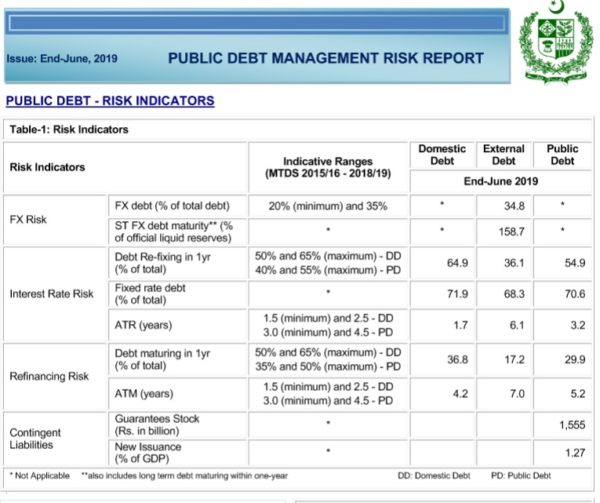 The report showed that external debt indicators moved further towards dangerous levels, some breaching the red lines, set in the medium-term debt strategy, which was the guiding document for the Ministry of Finance.

The report covered public debt up to June 2019 when the federal government’s gross public debt stood at Rs32.7 trillion, accounting for 84.8% of the total national output.

The results showed that the finance ministry did not fully implement the Medium Term Debt Management Strategy 2016-19, which was aimed at striking a balance between risks and the cost of acquiring new debt.

The finance ministry report showed that Pakistan’s short and long-term foreign debt maturing in fiscal year 2018-19 increased to 158.7% of the total liquid foreign currency reserves by June 2019. The ratio was 80.6% when the Pakistan Tehreek-e-Insaf (PTI) government came to power.

In June 2019, the country’s official liquid foreign currency reserves stood at $7.28 billion, which increased to $11.6 billion by January 2020 on the back of inflows from the International Monetary Fund (IMF), Asian Development Bank (ADB) and due to hot foreign money invested in government securities. Foreign investors have so far bought $2.2 billion worth of government debt.

The foreign currency debt as a percentage of GDP touched the maximum range at the end of last fiscal year.

The report showed that both the refinancing indicators have shown improvements due to the government’s decision to convert its short-term domestic borrowing from the central bank to long-term debt. However, the external debt-related refinancing risks increased.

Average time-to-maturity of public debt increased from three years and six months to five years and two months by June last year. This was primarily because of conversion of government borrowing from the central bank into borrowing through Pakistan Investment Bonds (PIBs).

The domestic debt’s average time to re-fixing improved from one and a half year to one year and seven months.

The average time to re-fixing is a measure of weighted average time until all the principal payments in the debt portfolio become subject to a new interest rate.

The ratio of fixed rate public debt – debt issued at a fixed rate as opposed to the one pegged with Kibor – improved from 53.4% in June 2018 to 70.5% by June last year due to domestic debt conversion. The fixed rate domestic debt ratio increased from 44.3% to 71.9% by the end of last fiscal year.

But the external fixed rate debt came down from 72.5% to 68.3%, according to the finance ministry.

The weighted average time of public debt – that has to be re-fixed in one year – decreased from 55.5% to 54.9% – touching the danger level threshold.

The external debt that requires to be readjusted in one year to new interest rates increased from 32.2% to 36.1%. The ratio for domestic debt decreased from 66.6% to 64.9% – close to the maximum threshold of 65%.

By June last year, the federal government’s contingent liabilities stood at Rs1.555 trillion as against Rs1.236 trillion in June 2018 – an increase of Rs319 billion or 25.8% in just one year.